By Norm Singleton Yesterday was the 19 Anniversary of the Columbia School shooting. Shortly after the shooting, as Congress debated what… 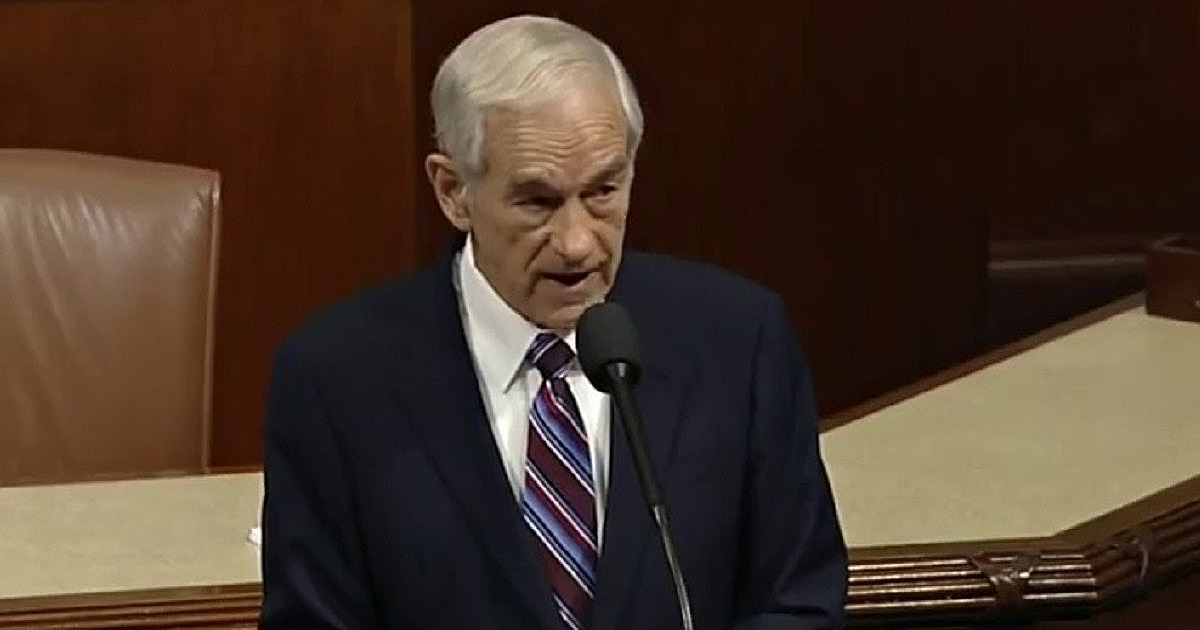 Yesterday was the 19 Anniversary of the Columbia School shooting. Shortly after the shooting, as Congress debated what type of gun control reform to impose on the people, then Congressman Ron Paul delivered a very important speech on the real causes of gun violence and the link between a free society and a just and moral society.
​
Sadly, Dr Paul’s speech is just as relevant today as it was 19 years ago. The knee-jerk reaction of most of the political class when confronted by a school or other type of shooting is to support new forms of gun control without asking how existing gun control laws help mass shooters by leaving the victims defenseless. They also never consider how other government policies contribute to the culture of violence.

Mr. Speaker, we will this week fully debate the issue of
school violence. If we had remained a constitutional republic, this
debate would not be going on. I sincerely believe this kind of violence
would be greatly reduced, and for the violence that did occur, it would
be dealt with as a local and school issue. Responding emotionally with feel-good legislation in the Congress serves no worthwhile purpose, but makes the politician feel like he is doing something beneficial.

My question is this: Why can we not consistently defend both?

Instead, we see plans being laid to appease everyone and satisfy no
one. This will be done in the name of curbing violence by undermining first amendment rights and picking away at second amendment rights.

Curbing free expression, even that which is violent and profane, is
un-American and cannot solve our school problem. Likewise, gun laws do not work, and more of them only attack the liberties of law-abiding citizens. Before the first Federal gun law in 1934, there was a lot less gun violence, and guns were readily accessible to everyone.

However, let me remind my colleagues, under the Constitution, gun
regulations and crime control are supposed to be State issues.

There are no authentic anti-gun proponents in this debate. The only
argument is who gets the guns, the people or the Federal bureaucrats.

Proponents of more gun laws want to transfer the guns to the 80,000 and growing Federal Government officials who make up the national police force.

The argument made by these proponents of gun control is that freedom is best protected by the people not owning guns in that more BATF and other agency members should have them and become more pervasive in our society.

It is disingenuous by either side to imply that those who disagree
with them are unconcerned about violence. Everyone wants less violence.

Deciding on the cause of the hostile environment in our public schools is the key to solving this problem.

Number one, private schools are much safer than public schools.

Number three, discipline is difficult due to the rules, regulations,
and threats of lawsuits as a consequence of Federal Government
involvement in public education.

Number four, reading about violence throughout history has not been a cause of violence.

Number five, lack of gun laws has not been a cause of violence.

Number six, the government’s practice of using violence to achieve
social goals condones its use. All government welfare is based on the
threat of government violence.

Number seven, Star Wars technology, casually displayed on our TV
screens showing the blowing up of bridges, trains, sewer plants, and
embassies all in the name of humanitarianism glibly sanctions violence as a proper tool for bringing about change.

Number eight, the Federal government’s role in Waco and the burning
alive of innocent children in the name of doing good sends a confused message to our youth.

Number nine, government’s role in defending and even paying to kill a
half-born child cannot but send a powerful message to our young people that all life is cheap, both that of the victims and the perpetrators of violence.

More gun laws expanding the role of the Federal government in our
daily lives while further undermining the first and second amendment
will not curb the violence. Understanding the proper constitutional
role for government and preventing the government itself from using
illegal force to mold society and police the world would go a long way
in helping to diminish the violence.

Ultimately, though, only a moral society, with the family its key
element, will make the citizens and the government less violent.

This article was originally published at the Campaign For Liberty.