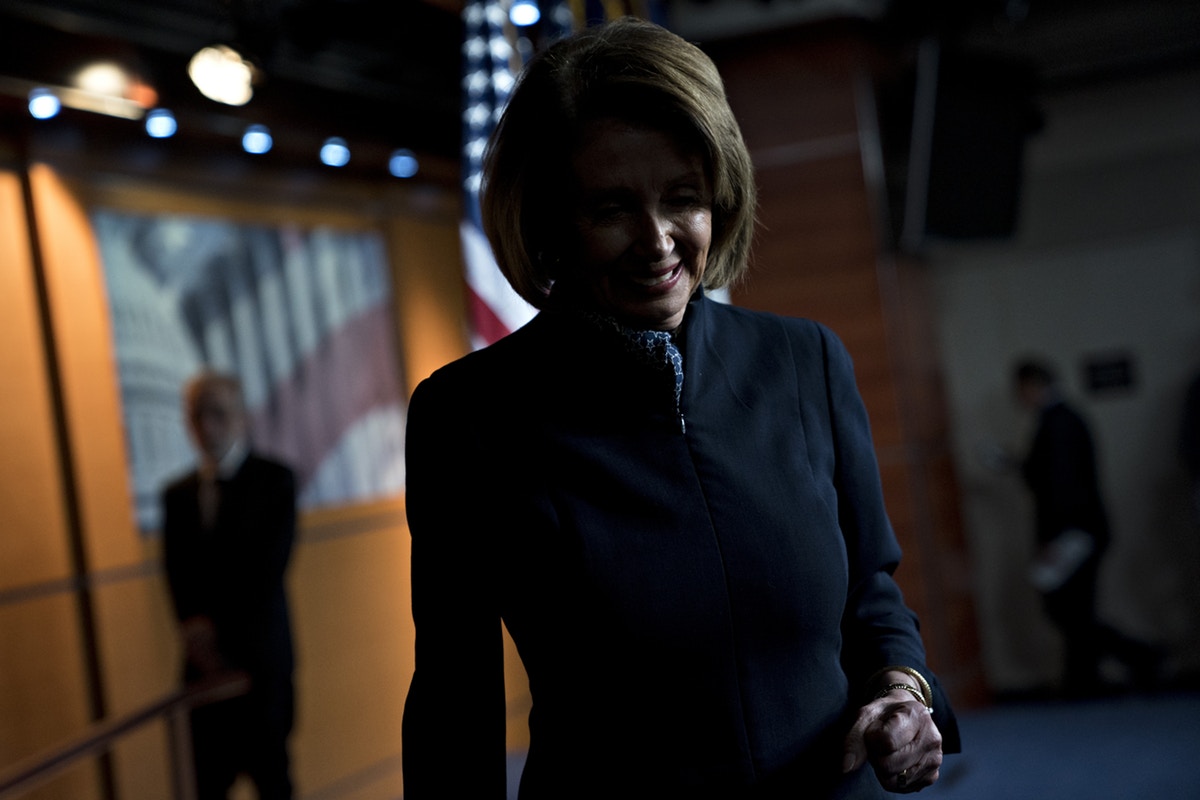 The new House committee being created to confront the climate crisis is being stripped of authority in order to accommodate the parochial concerns of senior Democrats in the caucus, protecting their pieces of turf.

On Friday, incoming House Speaker Nancy Pelosi confirmed rumors that she would be appointing Rep. Kathy Castor, D- Fla., to chair a revived select House committee on climate change, as more information on the select committee begins to trickle out on Capitol Hill. Pelosi named the panel the “Select Committee on the Climate Crisis.”

Paradoxically, though, the committee created to confront what Pelosi in her statement deemed an “existential threat” will likely not have the power to even issue subpoenas for records or to compel testimony.

Those powers will remain solely among the powerful committees that have been dominant on the Hill for generations. “The problem is institutional—it’s a turf war. There’s only one reason the select committee didn’t get [more powers] and that is the jurisdictional concerns of Frank Pallone. Mr. Pallone has made it clear that he thinks this infringes on his committee’s jurisdiction. That’s a very unfortunate way of looking at Congress,” said Rep. Ro Khanna, D-Calif., an early signatory and booster of Rep.-elect Alexandria Ocasio-Cortez’s resolution to create a Select Committee on a Green New Deal.

Khanna also recently accused Pallone publicly of refusing to back separate legislation brought by Khanna based on his support for the Green New Deal resolution. “We heard that Rep. Pallone’s staff told the Senate staff that he will ‘not move a Khanna bill,’” Heather Purcell, a spokesperson for Khanna, said over email.

Pallone, D-N.J., the incoming chair of the House Energy and Commerce Committee, did not reply to a request for comment in time for publication. In November, he told reporters that “we got a lot of people on the committees that are real champions, so I don’t think it’s necessary.”

Without subpoena power—a measure publicly opposed by current Minority Whip Steny Hoyer, D-Md.—the select committee will in fact be weaker than its previous iteration, created in 2007, which did the groundwork to produce Waxman-Markey.

“The very industry that has lied about how big a problem climate change is shouldn’t be on a committee tasked with coming up with the solutions to climate change,” said Khanna, who has suggested Ocasio-Cortez herself chair it. “The committee should have subpoena power, and the ability to haul fossil fuel executives in front of it. I guarantee fossil fuel executives aren’t going to want to appear.”

Full details on the committee haven’t been made public yet and more are expected to come this week, but statements from those close to the negotiations suggest it will omit several of the proposals brought in a resolution by Ocasio-Cortez with the backing of 45 current and incoming members of Congress and the Sunrise Movement.

Assuming the committee wouldn’t be stripped of its ability to draft legislation, the issue now is what its mandate will be. Likely owing to the little information currently available, Pelosi’s statement announcing the committee was vaguely worded. “Together, we must protect public health by reducing air pollution, create jobs by making America preeminent in green technologies, defend our national security by preventing climate-driven instability and uphold our sacred moral responsibility to leave a healthy, sustainable future for generations to come,” Pelosi said.

Castor stated previously that while Green New Deal measures would be a piece of what the committee will consider, “that’s not going to be our sole focus.”

“As a young person whose literal future is on the line if we don’t do something about the climate crisis, it’s inexcusable to hear our politicians refusing to have a conversation about the greatest existential threat of our lifetime over party politics,” said Varshini Prakash, cofounder and spokesperson for the Sunrise Movement. “Why do young people have to be the grown ups in the room? We’re not here to fight about turf or any of that. We’re here to fight about the clear, equitable and just solutions that have been laid out by literally thousands of scientists to do something that will determine whether we get to live our our future in relative peace or in chaos, conflict, and uncertainty.”

Climate scientists and economists have said that a wartime-level, economy-wide mobilization will be needed to bring greenhouse gas emissions down in time to avert catastrophic levels of atmospheric warming, which the National Climate Assessment forecasts could create hundreds of billions of dollars worth of damage to the U.S. economy in the coming decades. The Intergovernmental Panel on Climate Change’s latest report found we have just 12 years to begin rapidly stripping fossil fuels from the global economy, beginning in industrialized, high-emitting nations like the United States.

In an interview with E&E News, Castor suggested that banning politicians who take donations from the fossil fuel industry—as Green New Deal supporters have demanded—could represent a First Amendment violation, though she quickly walked back those comments in a follow-up interview with HuffPost’s Alexander Kaufman. Facing blowback, Castor then last week signed the No Fossil Fuel Money pledge, which commits signatories to refusing donations from PACs linked to the fossil fuel industry, and from industry employees in amounts greater than $ 200.

There still haven’t been any signal that select committee members will have to take the same pledge, leaving the door open to fossil fuel industry influence. “If the committee is what it appears to be from the conversation that’s going around right now, it would be more toothless and ineffective than the committee that was formed a decade ago,” said Prakash, who added that the new details emerging are upsetting but not surprising. “In that time we’ve seen hundreds of billions of dollars in damages from floods and wildfires. It’s utterly inexcusable for the Democratic Party and for the select committee to not be taking this crisis more seriously than it is.”

Advocates are waiting until full details on the committee are announced to go public with any official next steps, but will continue to push for more elements of Ocasio-Cortez’s resolution, including subpoena power, to be included up until that point. They also look forward to making the Green New Deal and climate change more generally a defining issue of the fast-approaching 2020 Democratic primary season.

“The Green New Deal will be a litmus test going forward for anyone who is looking to run for president,” Waleed Shahid, spokesperson for Justice Democrats, told me. “We applaud Sens. Booker, Sanders and Merkley for already supporting it, and are still holding out hope that other potential 2020 contenders like Beto O’Rourke, Kamala Harris and Kirsten Gillibrand will join the call.”