(RT) Demonstrating a complete failure to grasp the concept of ‘irony,’ CNN’s Don Lemon urged Americans not to “demonize” each… 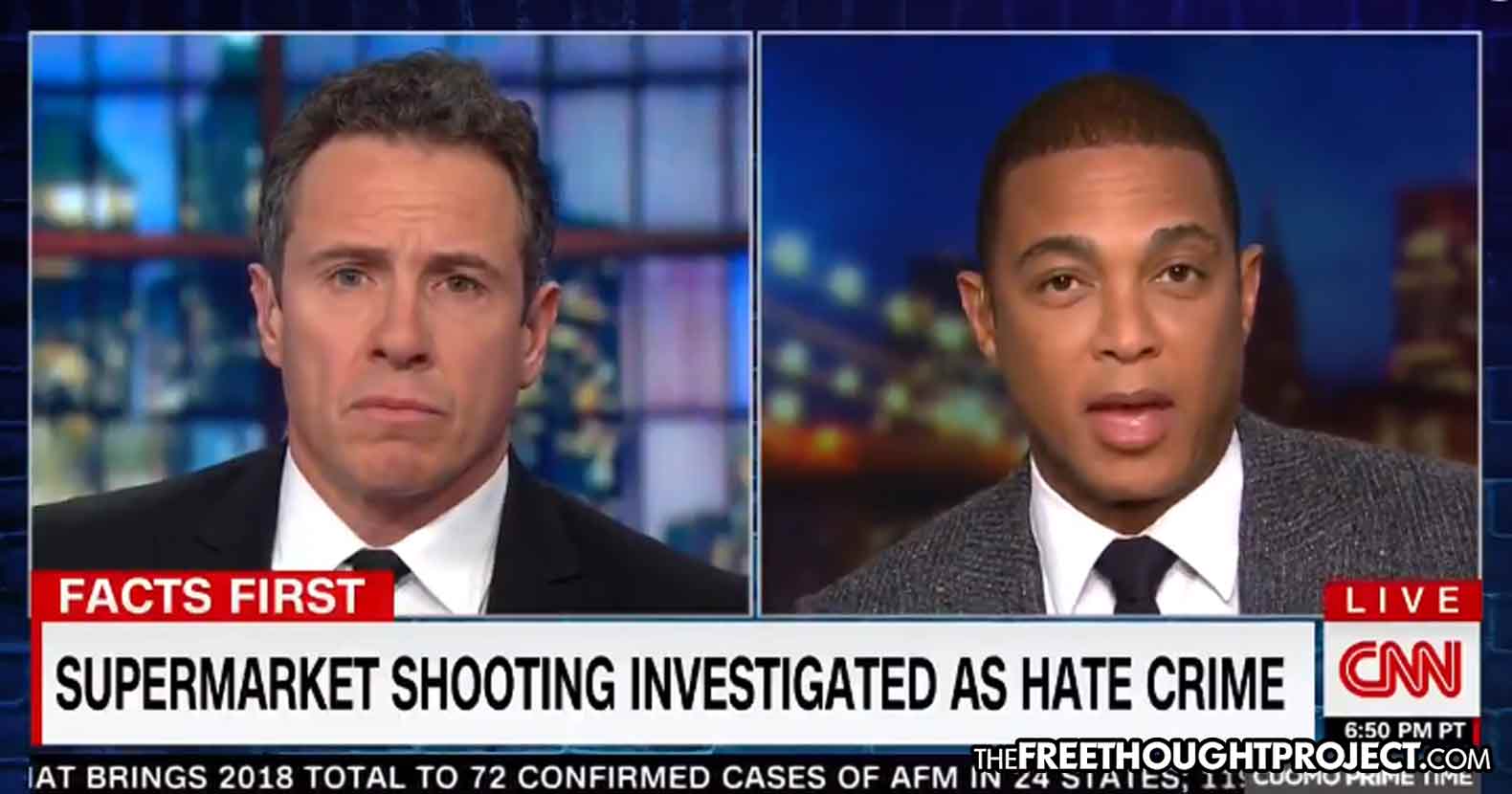 (RT) Demonstrating a complete failure to grasp the concept of ‘irony,’ CNN’s Don Lemon urged Americans not to “demonize” each other, and in the same breath called white men “the biggest terror threat in this country.”

Speaking with co-host Chris Cuomo on Monday night, Lemon discussed a fatal shooting of two black people in a grocery store in Kentucky, a raft of pipe bombs mailed to Democratic figures, and Saturday’s shooting dead of 11 worshippers at a Pittsburgh synagogue. The Kentucky and Pittsburgh shooters were white males, while Cesar Sayoc, the mailbomb suspect arrested in Florida last Friday, has identified in the past as Native American.

CNN’s Don Lemon: “We have to stop demonizing people and realize the biggest terror threat in this country is white men, most of them radicalized to the right, and we have to start doing something about them.” pic.twitter.com/OFu9fL3eHn

Lemon’s initial message was one of tolerance and openness. “I keep trying to point out to people and not to demonize any one group or any one ethnicity,” he told viewers.

Then, as if completely forgetting the last sentence, Lemon switched to what sounded a lot like open racism.

“So, we have to stop demonizing people and realize the biggest terror threat in this country is white men, most of them radicalized to the right. And we have to start doing something about them,” he said. “There is no travel ban on them. There is no ban on  — they had the Muslim ban. There is no white guy ban. So, what do we do about that?”

Don Lemon: “The Biggest Terror Threat In This Country Is WHITE MEN” [VIDEO]..https://t.co/k3ZM6ioJhb

Among the reactions, there were some calls for CNN to fire Lemon. Last week, NBC canceled Megyn Kelly’s ‘Today’ show after the host defended ‘blackface’ as an acceptable halloween costume, but CNN has given no indication that it will follow suit.

Lemon is no stranger to stirring racial controversy, and seems to be an equal-opportunities hater, as long as conservatives are the target. After Kanye West visited the White House earlier this month, Lemon laughed along with two guests who called the rap star a “token negro” and quipped “Kanye West is what happens when negroes don’t read.”

The CNN host is apparently content to leave his racially-charged comments at work, however. Lemon has been dating a white man, advertising sales executive Tim Malone, since 2017.