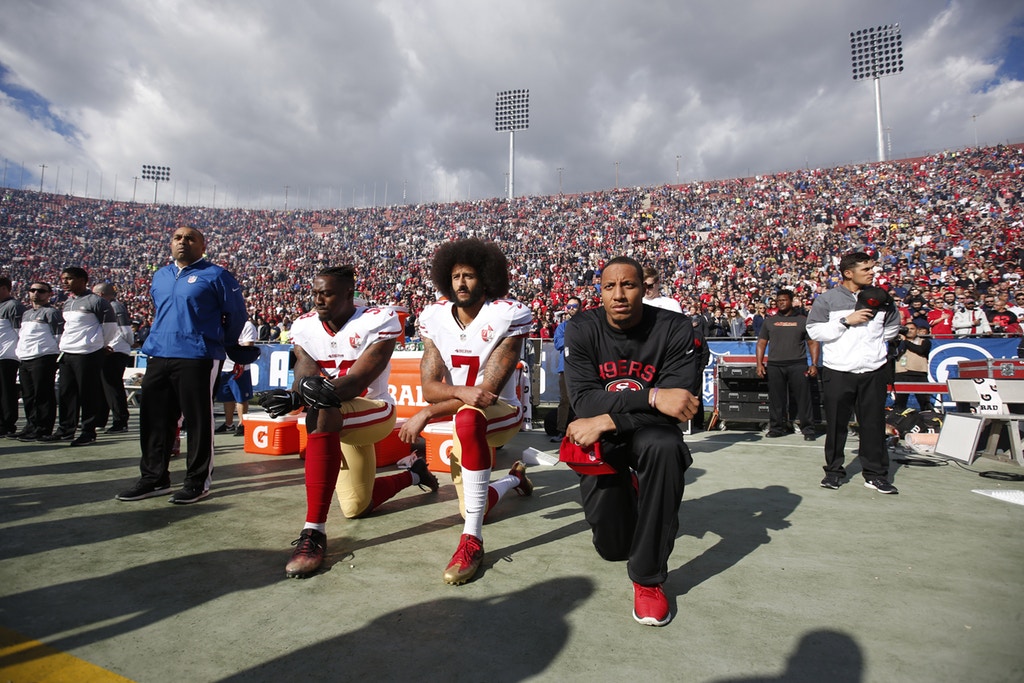 Today marks 500 days that Colin Kaepernick has been effectively banned from the NFL because of his peaceful protests against police brutality and systemic racism in the United States.

While he became a legend and a cult hero for millions of people, taking a knee during the national anthem appears to have completely cost him his career. He has not so much as received a single tryout from even one team, in spite of being considered by experts to be around the 15th best quarterback in the NFL.

And on any given day, with somewhere around 90 quarterbacks under contract, it’s pretty much universally agreed among football commentators now that the decision has next to nothing to do with football — and everything to do with Kaepernick’s protest.

In my conversations with Kaepernick throughout last season, he communicated to me that it was his belief that a good team with a chance to make the playoffs, whose quarterback went down with a catastrophic injury, would be the most likely suitor for his services. Those injuries happened. Quarterbacks went down. But instead of signing Kaepernick, these teams seemed content to lose without him, even if he would have given them a better shot of making the playoffs.

What has happened to Colin Kaepernick is the single biggest injustice done to an athlete in my lifetime. It is on par with Muhammad Ali being stripped of his championship belt.

In spite of it all, Kaepernick kept himself in football shape, and has continued to do so, just in case he finally got an offer.

But here we are, 500 days into his unemployment, and it doesn’t appear that an offer is coming.

I’m an avid sports fan. Every free moment that I have when I’m not writing or fighting for justice, I’m watching sports, checking scores, and reading commentaries about it all. I believe that what has happened to Kaepernick is the single biggest injustice done to an athlete in my lifetime. It is on par with Muhammad Ali being stripped of his championship belt and being banned from boxing for three years because he was a conscientious objector to the Vietnam War.

In the prime of his life, at the age of his peak physical prowess, and what should be the prime of his career, Kaepernick is being denied the right to make a living in the sport he knows and loves. He was beloved by his teammates. He is an upstanding man on and off the field. His work ethic was never questioned. He is injury free. And he’s ready to play.

But he is being denied that opportunity. It’s wrong.

And it’s no accident that it’s happening under the Trump administration. In fact, it seems to be happening as a direct result of teams being terrified of what President Donald Trump and their ultra conservative fans might say if they signed Kaepernick.

It’s for this reason that I will not be watching a single game this upcoming season. At this point, I don’t think I could ever watch a game again.