Cockland University. Roy Bunders, 20, took a dump so incredibly big last Thursday that he immediately felt the need to… 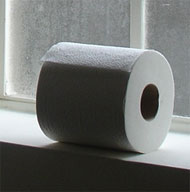 Cockland University. Roy Bunders, 20, took a dump so incredibly big last Thursday that he immediately felt the need to show it to his roommates.

"I had just eaten at the cafeteria, and I felt the urgent need to go to the restroom," he said. "It's a pretty normal routine for me and any other college student who eats at the cafeteria. I didn't really think anything about it. When I sat down, however, I knew I was in for something completely different."

Lead reporter, Billy Knob, asked him to describe the experience.

"There was a lot of pain involved. At one point, I actually started crying because it hurt so bad," Roy stated.

"After the tears had been shed, I started saying my prayers. Some of it had already come out, but I knew there was a lot more on the way. I had to prepare myself for the final push, and I was really terrified that I was going to faint, or ever worse, die."

After successfully squeezing out what was left without having a medical emergency, Roy looked behind him and was purely amazed by what he saw.

"It was absolutely gigantic," he said. "And amazingly, it was all in one piece. The part that surprised me the most was that it was shaped like an S. I just couldn't believe that all the curves were actually intact without any breakage."

After taking the dump, Roy rushed to his dorm room without wiping his ass so that he could tell his roommates about it.

Steven Kepp, 21, and Randy McCoy, 19, were peacefully studying in the room when Roy burst in excitedly and demanded that they come and take a look at what he had just done.

Steven is working on a Psychology Degree and hopes to be a Professional Therapist someday. Randy is double majoring in Criminal Justice and History. His dream is to eventually work for the FBI. Being mature, responsible, and sophisticated young adults, they immediately dashed into the restroom to see what Roy was talking about.

"It was fuckin huge," Randy told our staff. "I couldn't believe it!"

"I had mixed feelings when I first saw it," said Steven.

"It was pretty impressive, but I actually took one that was much bigger 2 weeks ago. The problem was that mine broke into three separate pieces, so it didn't look as good. Whatever, I'm not jealous," he claimed.

"I heard it was really big and long and hard," said his academic advisor, Ms. Danyelle Melons.

"I went in and saw it myself. I don't think anyone has taken a dump that big in the history of our Campus," said University President, Dick Ryder.

"I actually took one that was much bigger 3 weeks ago, but mine broke into four separate pieces, so it didn't look as good. Whatever, I'm not jealous," he claimed. "We're proud to have a fine young man like this attending our school," he added.

Roy called his family and friends back home to tell them about his achievement.

"We didn't raise our son to be a loser," said Mrs. Bunders.

(Roy's father was drinking heavily in the basement and was unavailable for comment.)

When asked about his plans for the future, Roy stated that he is going to remain humble despite the magnitude of his recent success.

"When you do something really amazing like this, you sometimes get the feeling that you can take on the entire world. I'm just going to take one day at a time. I think it's important that I strive to keep my ego in check and remain humble going forward," Roy told our news team.

Roy's monumental accomplishment has been carefully removed from the stall in the dormitory restroom and placed in a preservation tank in the Science Lab where it will be studied by both professors and students in the future.