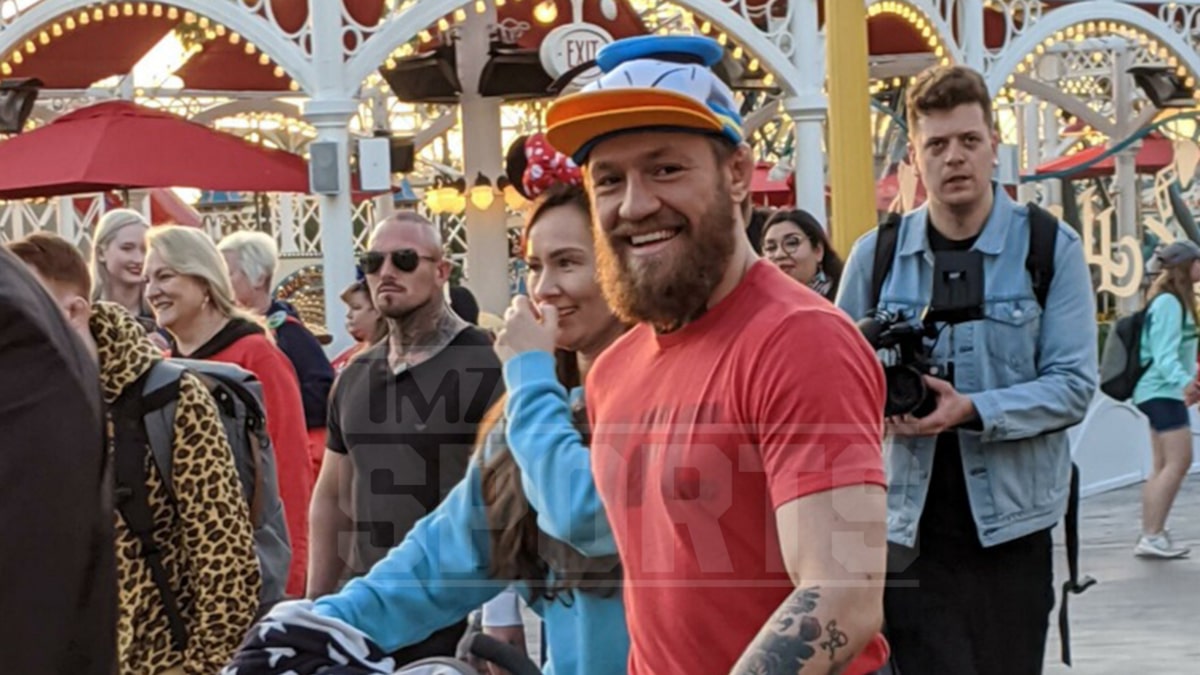 Here’s Conor McGregor having the time of his life at the happiest place on Earth … and now we know he’s a huge fan of Donald Duck!!!

The Irish superstar hit up Disney California Adventure Park in Anaheim Thursday with his girlfriend, Dee Devlin, and their two kids, Conor Jr. and Croia.

Conor was all smiles under his Donald Duck hat, and Dee also got in the Disney spirit with some classic Minnie Mouse ears. The happy family was mostly hanging out at Pixar Pier, and folks tell us they stopped Buzz Lightyear for a photo op.

Seems Conor is still riding high following last week’s UFC 246 victory … and he’s doing what most athletes do after winning the big one … checking out the Mouse House.

It’s pretty cool … the park uses Conor’s Proper Twelve Irish Whiskey in its Irish coffee … but no word if he treated himself.