Spread the love Illustrating the sadistic and predatory nature of those who claim to “keep us safe,” for five years,… 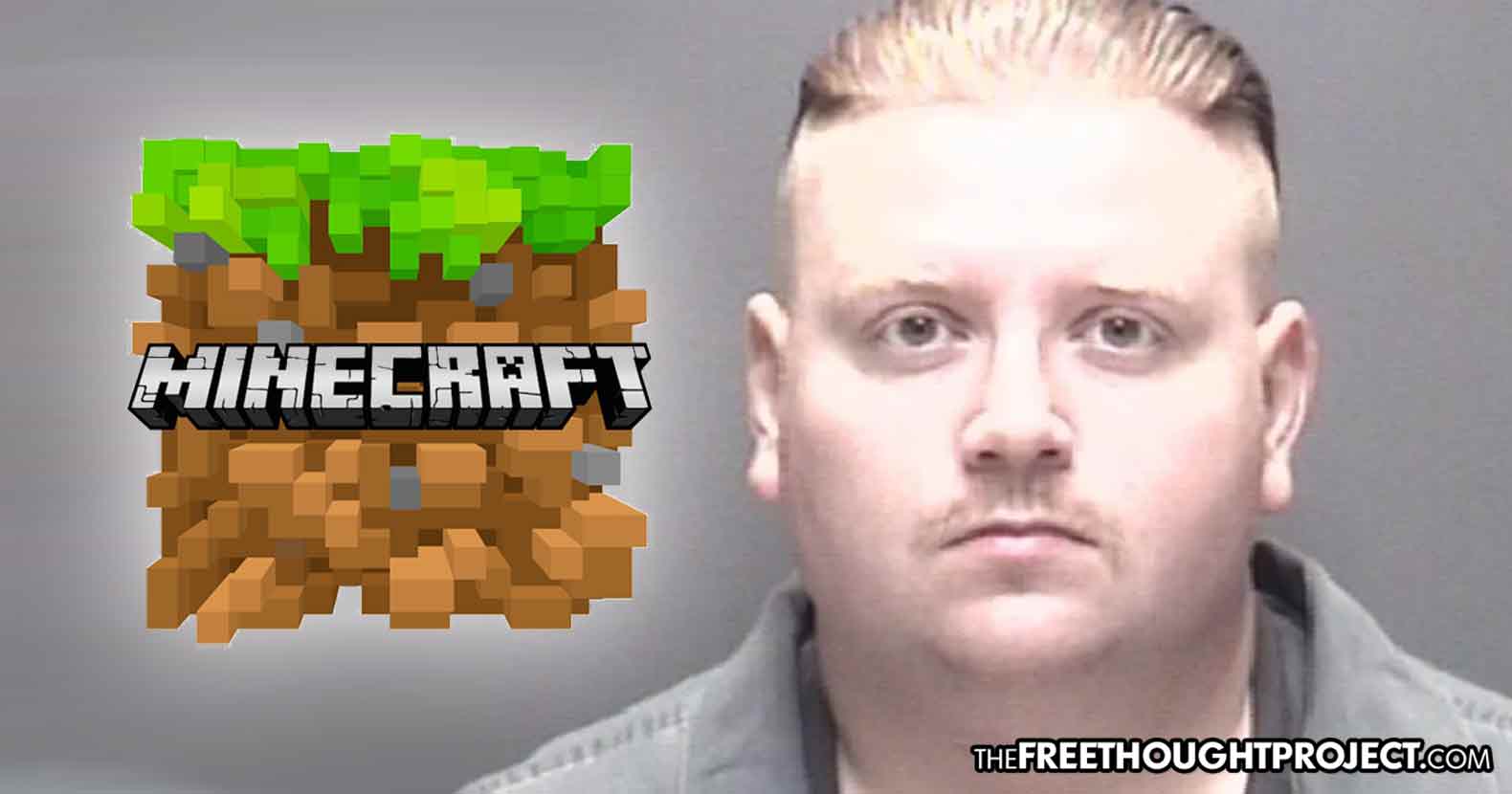 Illustrating the sadistic and predatory nature of those who claim to “keep us safe,” for five years, Pasquale Salas terrorized a young girl he met on Minecraft. For much of that time Salas was a police officer. Not until he was caught in the act and arrested in 2019 did the Matagorda County Sheriff’s Office fire him.

Last week, Salas pleaded guilty to federal charges of cyberstalking and sexual exploitation of a minor after prosecutors say he coerced a young girl into sending explicit videos and photos of herself to him and then threatening harm to she and her family once she tried to break it off.

The girl, whose name is being withheld because she was a minor and a victim of abuse which is sexual in nature, said the online relationship with the police officer started when she met him on Minecraft in 2014. Salas coerced her into sending him nude pictures of herself. She did. And then he threatened to release those photos to friends and family should she ever try and get out of the cyber-affair.

That all ended in 2019 when she at age 17 told police investigators what Salas was doing to her. The investigation began in Massachusetts where the teen lived and led authorities to Texas where Salas was protecting and serving the public in Matagorda County. According to MassLive:

Salas and the girl began exchanging messages in private chat rooms via Skype and Shapchat and also text-messaged one another. During their conversations, authorities said, Salas repeatedly coerced the girl to send explicit photos and videos of herself. The girl sent Salas hundreds of sexually explicit videos and images of herself at his request. Authorities said he also sent sexually explicit images of himself to her as they communicated on Minecraft.

When investigators started combing through Salas’ digital records they uncovered 1700 calls in one year alone between the cop and the victim he’d been grooming online. He not only controlled her mentally and emotionally but he also had control of her social media accounts. In exchange for her sexually explicit nude photos Salas compensated her:

There were consequences for not fully obeying the officer’s commands too.

Authorities said Salas threatened the girl and said he would harm the victim’s sister if she didn’t obey him. Salas made the girl follow a list of rules, controlled what she wore and did not let her speak to boys without his permission. Salas told the girl, ‘You belong to me. You’re my property so I can treat you however I want, whenever I want.’

In June of 2019, the girl finally mustered the courage to go to Massachusetts police and ask for help. As a result of the investigation, a second victim was identified as another underaged victim. She was also 12 and maintained a cyber sexual relationship with the cop until she was 16.

Although the reports do not mention other victims, in our experience as a police accountability news organization, Salas likely has many more victims. If you or someone you know was abused by Salas feel free to contact the FBI or your state’s bureau of investigations with your claims.

Unfortunately, cops using online games or social media to prey on children is fairly common. As we reported last year, an Okaloosa County sheriff’s deputy was fired and arrested after the mother of a 9-year-old girl caught him trying to lure her daughter to rape her on a popular social media app. The cop, Cansas Sadler Jr., 41, is also a married father who has two daughters.

These cases should serve as a wake up call to parents who let their young children play unsupervised on electronic devices. This innocent 9-year-old girl was playing a simulation game called ‘the wolf,’ which she unsuspectingly thought was harmless. The other victim was playing Minecraft. However, in both instances, child predators found their victims through the games.

WATCH: Cops Taser, Tackle Grandma For Refusing to Let Them in Without a Warrant