Spread the love Baltimore, MD — The Baltimore police department is arguably one of the most corrupt and violent departments… 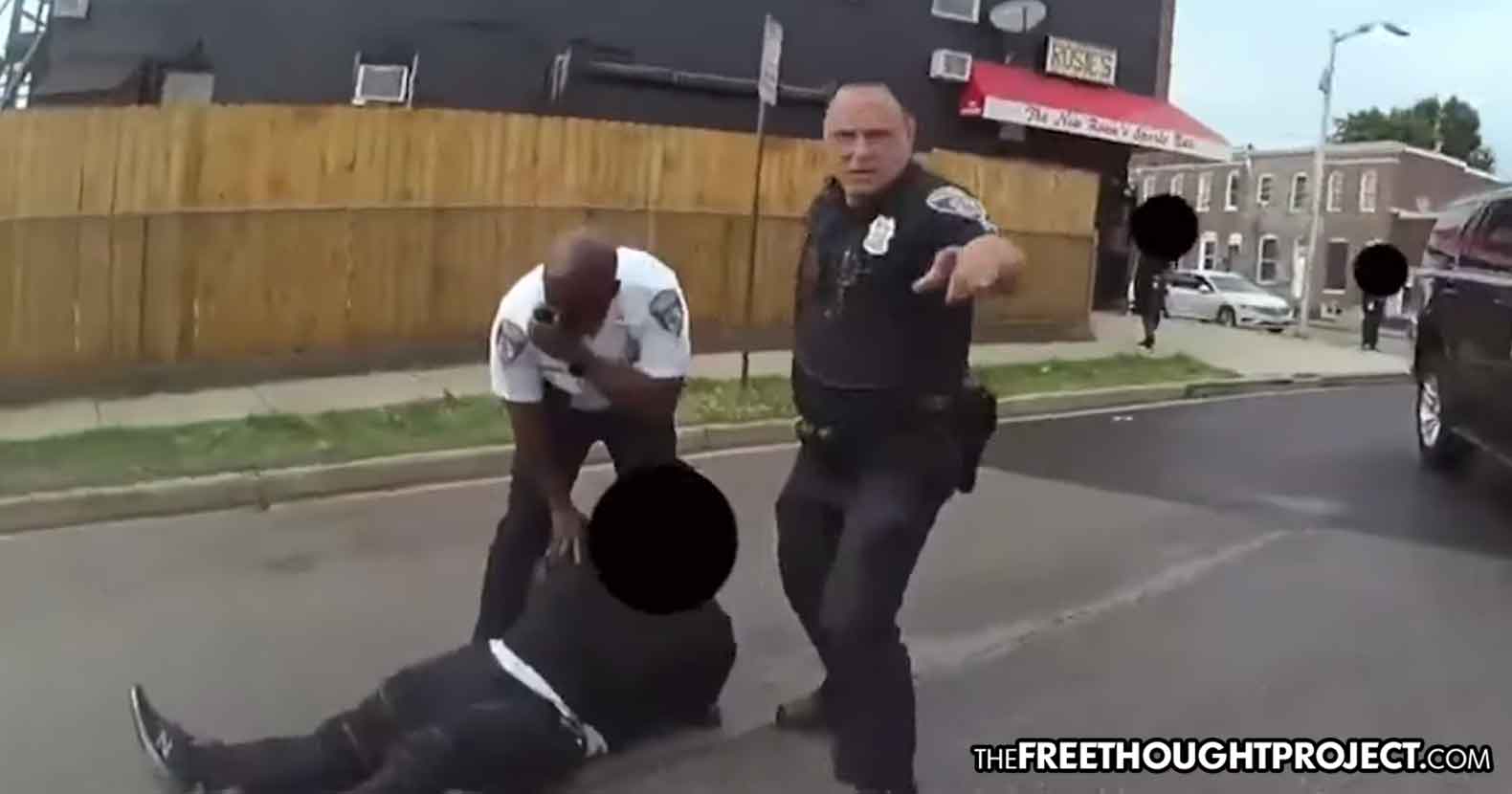 Baltimore, MD — The Baltimore police department is arguably one of the most corrupt and violent departments in the country. From planting guns and drugs to shooting innocent people, the BPD is constantly in the news for all the wrong reasons. As the following case illustrates, all this negative press doesn’t seem to serve as any kind of deterrent for future criminal behavior—especially considering that this criminal is the city’s highest paid employee.

Another corrupt and violent incident unfolded earlier this year in Baltimore and the entire thing was captured on body camera. If you read just the report from the officer and never watch the body camera, you would think that the officers involved in that incident were heroes. However, as the body camera shows, they are the opposite of heroes. In fact, one of the cops in the video below has been criminally charged for his actions.

In June, Sgt. Ethan Newberg was arrested and charged with assault, false imprisonment and misconduct for his actions on May 30th.

Newberg also happened to be the city’s highest-paid employee during the last fiscal year. While he was assaulting and falsely imprisoning innocent people, Newberg, a 24-year veteran of the Baltimore Police Department, earned $ 260,775 in the fiscal year that ended June 30, according to data recently posted on Open Baltimore, the city’s open data website, as the Baltimore Sun reports.

During the previous fiscal year, Newberg was the city’s second highest-paid employee, making $ 243,132. In just two years, this single officer made over a half million dollars as he was beating and falsely arresting innocent people.

One would think that the city with some of the most violent and corrupt cops would not also have some of the highest paid officers in the country. However, one would be wrong. Officers from one of the country’s most corrupt departments are most frequently they highest paid city employees.

According to the Sun, police officers have long ranked among the city’s highest earners due to overtime. Seven of the 10 highest-paid city employees have been police officers not only this year but also in 2017 and 2018. In 2016, it was eight out of 10.

“That officer is tarnishing the badge that we all wear,” Police Commissioner Michael Harrison said at the time.

As TFTP reported, the incident unfolded in May in Baltimore when Newberg and another officer were detaining a man and had him sitting on wet concrete while they checked for warrants.

“That ground wet, man,” Lee Dotson said as he walked by the scene.

“Why don’t you mind your business?” Newberg replied.

That was the end of it, or rather, it should have been.

As Dotson continued walking away, all of the sudden Newberg snapped and started running toward Dotson. He then grabbed Dotson by the arm and tried to slam him to the ground as his fellow officer moved in to finish the tackle.

“I didn’t do nothing to you. I’ve got the freedom of speech,” Dotson says as the cops grind their knees into his neck and back as they put handcuffs on him.

After putting handcuffs on Dotson, police then placed him under arrest.

“What am I under arrest for?” Dotson asked.

“Just go to jail and take your charge like a man,” the criminal cop replied.

“What am I going to jail for?” Dotson asked once more.

“You don’t know how to act,” Newberg replied, claiming that saying concrete is wet is an arrestable offense.

Showing just how much of a loose cannon Newberg is, he even yelled at his fellow cops who were telling him to relax.

“Leave my scene,” Newberg said, clearly drunk on his quarter million dollar a year power. “Don’t you ever tell me how to do my job.”

For doing absolutely nothing wrong, Dotson was kidnapped and charged with disorderly conduct and thrown in jail.

Luckily, the charges were dropped.

To justify his kidnapping and false charges, Newberg would write in his report that Dotson was “combative and aggressive,” according to Baltimore Police Commissioner Michael Harrison.

Newberg also claimed Dotson was inciting a hostile crowd while squaring off with them. But as the video shows, these were blatant lies and the only hostile individual out there was Newberg.

“From what I saw, the man did nothing to provoke Sergeant Newberg, whose actions were not just wrong but deeply disturbing and illegal,” Harrison said at the time. “This type of behavior cannot and will not be tolerated under any circumstances.”

Showing just how deep the corruption goes, less than 24 hours after Dotson was released from jail, Baltimore police just happened to stop him again — claiming his license plate was “positioned in an unusual manner,” speculated his window tint was too dark and smelled marijuana, the Sun reported.

He was arrested on possession of crack cocaine and jailed again. While it is possible that Dotson had the cocaine, as TFTP has reported, Baltimore cops have repeatedly been captured on video planting drugs on innocent people.

Newberg now faces the possibility of ten years behind bars for his actions that day. His partner, officer Alex Young has not been charged and has been on paid vacation since the incident.

As you watch the video below, remember that this man was innocent and had committed no crime. All he said was that the concrete was wet, and for that he was assaulted, kidnapped and thrown in a cage.