Spread the love Muncie, IN — This month, a federal grand jury returned a 12-count indictment against three very bad… 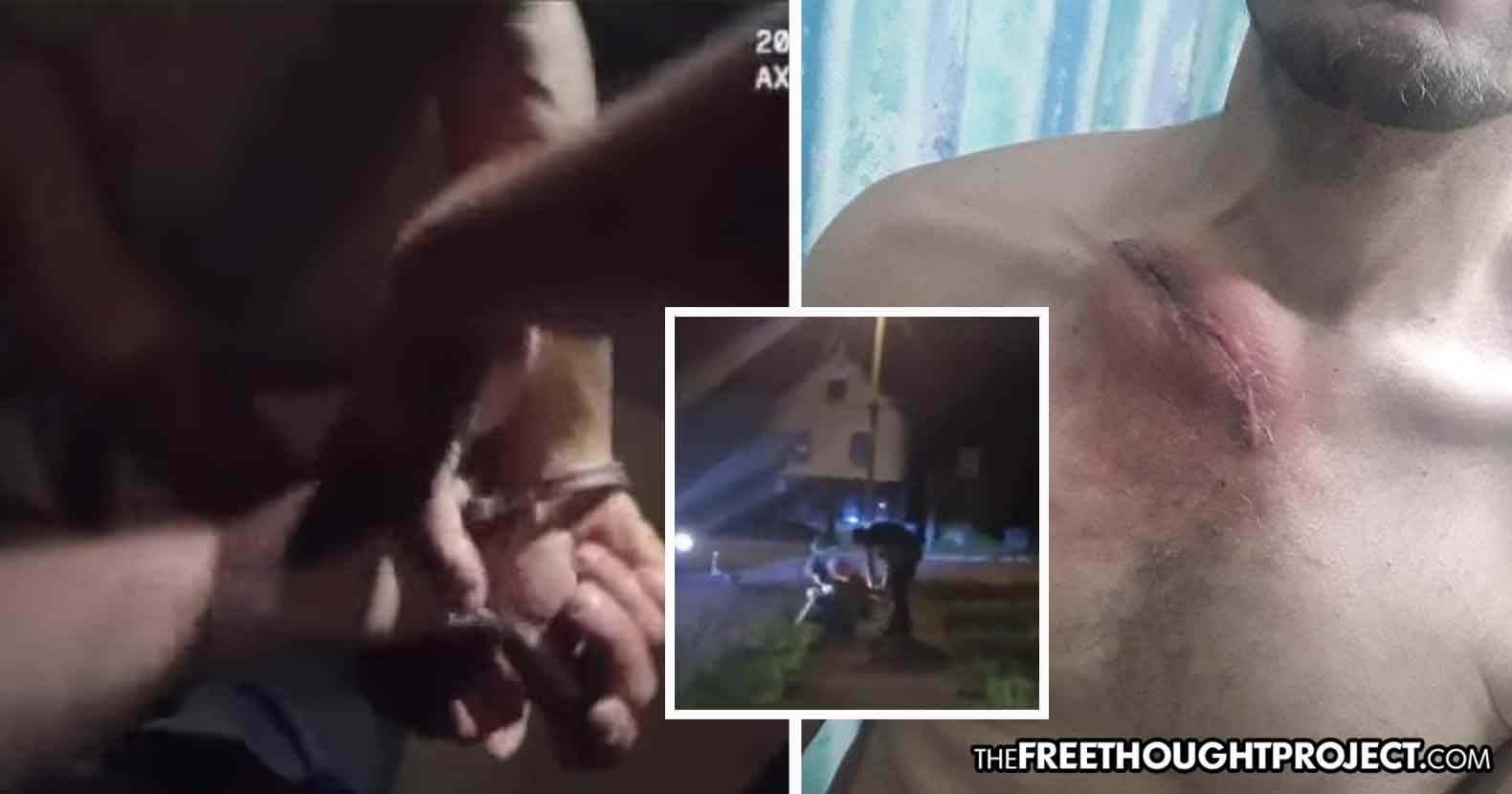 Muncie, IN — This month, a federal grand jury returned a 12-count indictment against three very bad cops – officers Joseph Chase Winkle, 34, and Jeremy Gibson, 30 – and sergeant Joseph Krejsa, 50, of the Muncie Police Department for their roles in using excessive force and attempting to cover up the misconduct. Video from the officers’ body cameras was crucial in securing the charges.

Winkle is charged with depriving at least four different victims of their rights to be free from excessive force that resulted in bodily injury and covering it up by writing false reports. According to the indictment, one of the victims suffered serious injuries from Winkle’s attack and another was knocked unconscious.

Body camera video from one of the arrests shows Winkle and another officer handcuff a compliant man before deploying a taser on him causing him to writhe in pain. As the handcuffed man squirms in agony, the officer viciously attacked him with fists, tasers, and knee strikes.

Gibson was involved in similar attacks and is accused of depriving victims of their right to be free from excessive force by stomping on them and delivering multiple knee strikes.

Krejsa sat back and watched his two subordinates beat their victims and helped them cover it up afterward.

As RTV6 reports, according to the indictment, on one occasion, Krejsa minimized the level of force used by Winkle during one arrest, and, on another occasion, falsely represented that a different Muncie Police Department sergeant cleared Winkle of his use of force when it was actually Krejsa who conducted that review.

In other words, they investigated themselves and found they did nothing wrong.

“No one is above the law,” U.S. Attorney for the Southern District of Indiana Josh Minkler said. “The civil rights violations alleged by the grand jury’s indictment are very serious. Unfortunately, misconduct by a few can shake the public’s confidence in the many men and women in law enforcement who proudly and professionally protect the public day in and day out. Today’s indictment should make clear the commitment of this Office and the Department of Justice to reassure the public and hold accountable those who violate the civil rights of others even though they wear a uniform.”

“Today’s indictment sends a strong message that those who violate their oath to protect and serve the public will be held accountable for their actions,” said Acting Special Agent in Charge Robert Middleton, FBI Indianapolis. “The FBI is committed to preserving public trust, especially in those who have sworn to uphold the law. To this end, the FBI will vigorously pursue civil rights violations.”

One of the victims mentioned in the indictment was Jessie Vernon who has since filed a lawsuit against the department. According to the federal lawsuit, Officer Winkle “pulled Jessie up by his handcuffs, which caused Jessie to stand up” and Officer Winkle “proceeded to throw Jessie to the ground, beat him and repeatedly tased him.”

Vernon suffered serious injuries, including a broken collar bone, and has required multiple surgeries. All of the charges against Vernon were dropped.

“Jessie is really a great dad and it makes me so sad to see him be limited with what he can do with our son,” Megan Webb, a friend and co-parent with Jessie Vernon said. “My five year old son is terrified of the police because of this and them coming to my home harassing us and arresting Jessie on false information and warrants.”

This is far more than a broken collarbone. Jessie’s collarbone is wedged against carotid artery. The surgeons were reluctant to try to repair the injury because the surgery is so dangerous. However, earlier this year they discovered that the bone laying on his carotid artery has caused dilation in the aortic root of Jessie’s heart (which is basically an aneurysm). They did the surgery to repair the injury and it was unsuccessful. A few weeks after the unsuccessful surgery, they had to open the same incision back up and remove all of the hardware because of the dangers of it puncturing a vital organ. That is why Jessie is permanently disfigured now. The doctors feel that it is not repairable now and Jessie will more than likely have this life threatening injury for the rest of his life.

Officers Winkle and Gibson were allowed to beat multiple victims and never faced accountability for his behavior. Chase Winkle’s father Joe Winkle was also the police chief. Nothing to see here.