Spread the love Oklahoma City, OK — As TFTP reported in April, a rather disturbing scene unfolded in Oklahoma City… 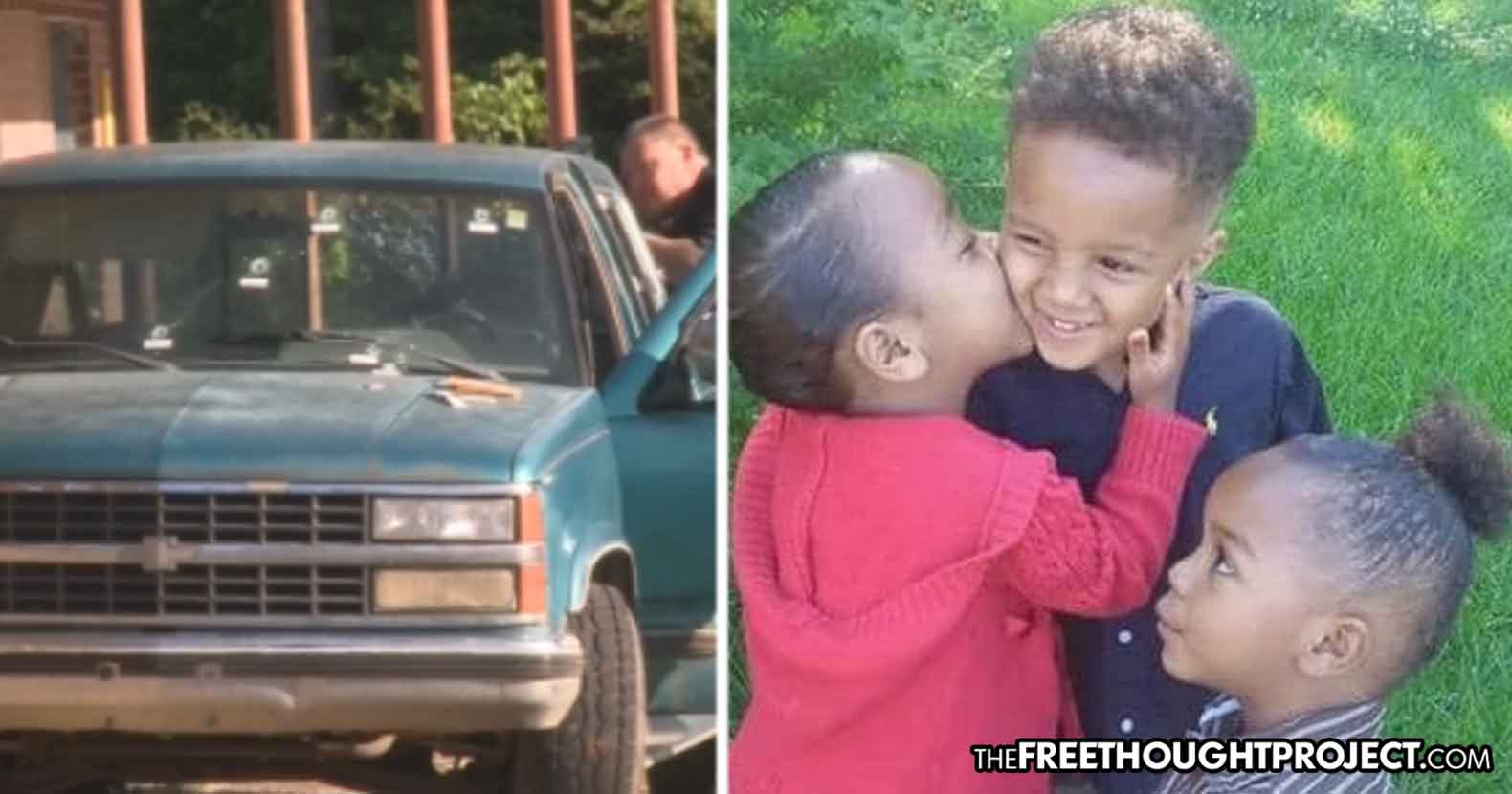 Oklahoma City, OK — As TFTP reported in April, a rather disturbing scene unfolded in Oklahoma City as police officers attempting to kill a robbery suspect opened fire on four small children, shooting three of them. Now, the family and residents are demanding answers and the mother says the children have a long way to go before they are healed.

According to WPSD, medical records say a bullet pierced the left frontal lobe of 4-year-old Asia Jacobs’ brain. Her 5-year-old brother suffered a skull fracture and her 1-year-old sister was left with deep facial cuts. Asia’s 2-year-old brother was not hit.

Not until six days after the shooting did police release any information as to what happened. While they have refused to elaborate on any video of the incident, we now know that the suspect William Devaughn Smith, 21, did not fire on police before police opened fire on the truck full of children. Also, we now know that police were in an unmarked car and not in uniform when they approached Smith.

According to police, they saw Smith in his pickup truck with the four children last Friday and when they made contact with him, they began shooting after they claim he tried to flee. Police claim that Smith attempted to run them over with the truck. However, as TFTP has reported on countless occasions, this defense is used all the time when cops could’ve simply stepped to the side and allowed the driver to leave — especially if there are four small children inside.

What’s more, Smith told the Associated Press he didn’t hit either detective, and the truck was parked when he was shot.

Hill’s lawyer backs up this claim and says two Hugo detectives fired at least 26 shots into a stationary truck full of kids.

“As they tried to approach the suspect, there was an incident that happened. An officer involved shooting took place,” said OSBI Spokeswoman Jenny Virden at the time.

In May, police identified the officers involved as Hugo Police Department detectives Billy Jenkins and Chad Allen. Both of the officers were in an unmarked car and in plainclothes when they approached Smith. The officers are now on paid administrative leave pending an investigation.

Following the naming of the officers, District Attorney Mark Madoff said it would take him several weeks to review the Oklahoma State Bureau of Investigation report and determine whether detectives Billy Jenkins and Chad Allen committed crimes. However, it appears they have simply swept the case under the rug and are refusing to release any more details.

As we reported, during the shooting, police apparently didn’t care about or didn’t see the children in the pickup truck and so three of them were shot, along with Smith.

After shooting three children, police took to the press to point out the fact that not all of the children were shot as one of them luckily came out unscathed.

“I don’t know what these injuries are. And then one child, from what I understand was not injured,” said Virden.

Tulsa attorney Damario Solomon-Simmons, who is representing the family, pointed out the obvious noting that if Smith saw two armed men coming at him in plainclothes, he likely had no idea they were police.

“If you don’t know if someone is law enforcement or not, it changes things,” he said. “I don’t know what happened, but that’s concerning to me.”

Despite police claiming Smith allegedly “struck” one of the officers with his truck before they opened fire, it was not enough to seriously injure the officer, according to a press release.

“After the suspect struck the front of the undercover police vehicle, it continued going backwards until it came to rest after running into some steel poles supporting an overhead awning between the buildings. Only after the detectives approached the car and looked inside did they discover the four children in the back seat,” the statement said.

“They are terrified to go anywhere or hear anything,” Solomon-Simmons said of the small children. “The two-year-old keeps asking about ‘Am I going to get shot again.’ It’s a bad deal. The child who had a bullet in the brain, there’s some question now that she may have a permanent injury. She might be looking at a lifetime injury.”

“My 4-year-old daughter was shot in the head, and she has a bullet in her brain, and my 5-year-old has a skull fracture,” Hill said. “My 1-year-old baby has gunshot wounds on her face. My 2-year-old wasn’t touched with any bullets.”

According to The Frontier, investigation records show Jenkins has been involved in at least one other shooting in the past few years — the fatal December 2014 shooting of William Lee Honea, 33, in Hugo. That shooting was ruled justified by the district attorney, but resulted in a civil lawsuit against the city of Hugo, Choctaw County and others that was settled late last year for an undisclosed amount of money.

“How am I supposed to tell my kids that the people who are supposed to protect them are the ones that shot them?” father of the children, Quin Jacobs said.

When It Comes to Taxes, the Government Always Wants More