Prime Minister Theresa May was left red-faced after muddling her phrases, raging at Labour leader Jeremy Corbyn that he was… 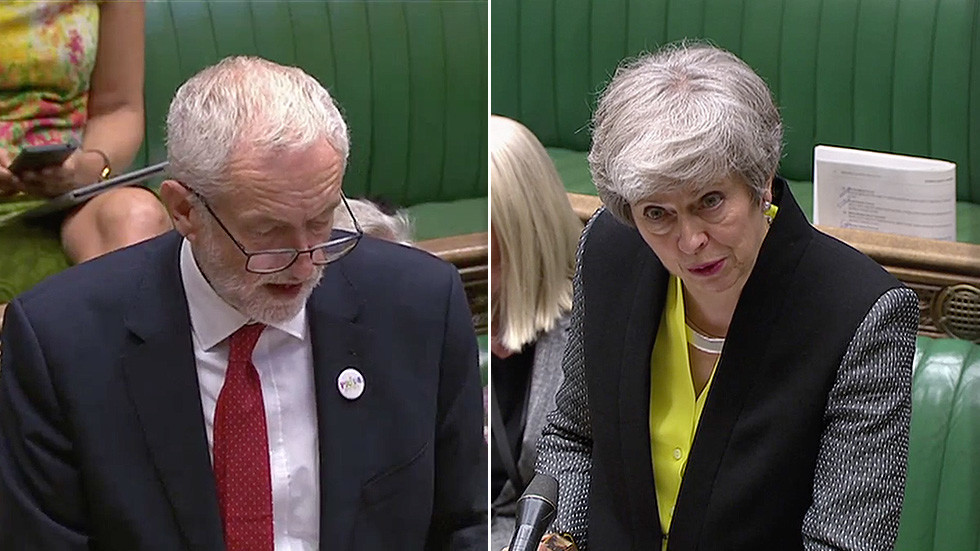 Prime Minister Theresa May was left red-faced after muddling her phrases, raging at Labour leader Jeremy Corbyn that he was “all mouth and trousers,” during a heated PMQs dominated by Brexit.

During Wednesday’s weekly session in the House of Commons, May became visibly irritated by Corbyn’s line of questioning, which focused on the damage a no-deal Brexit would do to the UK’s economy and workforce. The Tory PM, who has days left in office, accused Corbyn of voting for a no-deal, after telling his Labour MPs to reject her deal three times.

The problem was that May’s intended follow-up put-down phrase: “all mouth and no trousers,” came out embarrassingly wrong, and ended up giving the Labour leader an unintended compliment.

Absolutely typical of the right honorable gentleman, all mouth and trousers!

“Absolutely typical of the gentleman, all mouth and trousers”

Theresa May slams Jeremy Corbyn at #PMQs but do you think she meant all mouth and NO trousers? 🤦‍♂️👖 pic.twitter.com/gTl3DPJjM9

British lawmakers inside the chamber reacted with a ripple of chuckles, as they began to realize May’s faux pas.

The head-to-head between May and Corbyn saw the Labour leader insist that a second EU referendum was the best way to break the Brexit impasse. He claimed that due to the current weak state of the UK government, “the best thing would be to go back to the people and let them decide which way we go.”

Foreign Secretary Jeremy Hunt and former London mayor and foreign secretary Boris Johnson are fighting it out to become the next Tory leader and de facto UK prime minister. Both men have insisted that they would be willing to oversee a no-deal Brexit if an agreement with the EU cannot be achieved by the October 31 deadline day.