Tony Blair’s former spin doctor during the Iraq War years, Alastair Campbell, has revealed he’s turning his back on Labour… 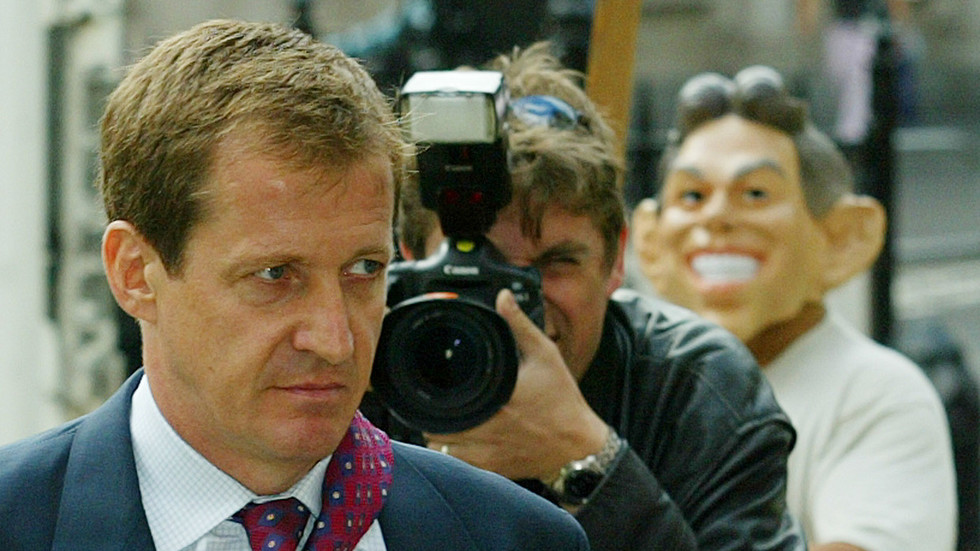 Tony Blair’s former spin doctor during the Iraq War years, Alastair Campbell, has revealed he’s turning his back on Labour in a 3000-word diatribe to leader Jeremy Corbyn, prompting howls of joy from Corbynites on social media.

Campbell, who was Blair’s director of communications and strategy from 2000-2003 has written an open letter to Corbyn in the New European, where he is the editor-at-large. The former New Labour advisor, who was auto-expelled from Corbyn’s party after admitting on Twitter he voted Liberal Democrat in the EU elections in May, revealed he would not seek re-admittance.

In his lengthy letter, Campbell, a staunch pro-EU campaigner, who has been a consistent critic of Corbyn, hit out at the socialist politician for his “failure to provide consistent leadership” on Brexit. Campbell suggests that Corbyn should make way for someone else as Labour leader if he is in any doubt about wining the next general election.

“If you have doubt… you should make way for someone who can provide the leadership, the strategy, and the energy required.”

Campbell’s decision to not fight his expulsion and fly from the Labour nest has been met with glee by Corbynite supporters and sorrow from New Labour advocates and liberals.

Yanis Varoufakis, the former Greek minister for finance with left-wing party Syriza, ostensibly epitomised much of the mood among the majority of Labour’s Corbyn supporters on social media, tweeting: “Best news of today for Jeremy and Labour. Let us not keep you AC.”

Many who welcomed the news pointed to Campbell’s involvement in building the case for war in Iraq in 2003, insisting he and others in Blair’s administration should be “held to account for their role in the invasion.”

Perfect, because I no longer want Alastair Campbell to be a member of the Labour Party. I want the whole Blair coterie held to account for their role in the invasion of Iraq, the consequences of which have rippled out through the world causing terror and mayhem ever since. 🕊️🌹

However, those such as Lord Charlie Falconer, who was a minister in Blair’s government claimed that it was “an incredibly sad day,” insisting Campbell was behind so much of the good that the New Labour administration did for schools, hospitals and transport.

An incredibly sad significant day. Labour Govt, 1997-2010, did so much for so many people. Schools, hospitals, better transport, minimum wage, human rights, surestart. Alastair drove so much of it. https://t.co/re0ciml3kM

Apparently a modest domestic agenda in contrast to Margaret Thatcher’s Conservative years trumps the chaos inflicted on Iraq as a consequence of British foreign policy, led by Blair’s New Labour.

It appears that the issue of Brexit has not just polarized ardent Leave and Remain supporters. It’s also polarized liberals, so incensed by the prospect of the UK exiting the EU that they’re even willing to suffer from conscious amnesia over Campbell’s accountability when it comes to Iraq. While they display sorrow, Corbynites rejoice.

Also on rt.com ‘War criminal’ Alastair Campbell should be in The Hague not getting TV airtime, says George Galloway