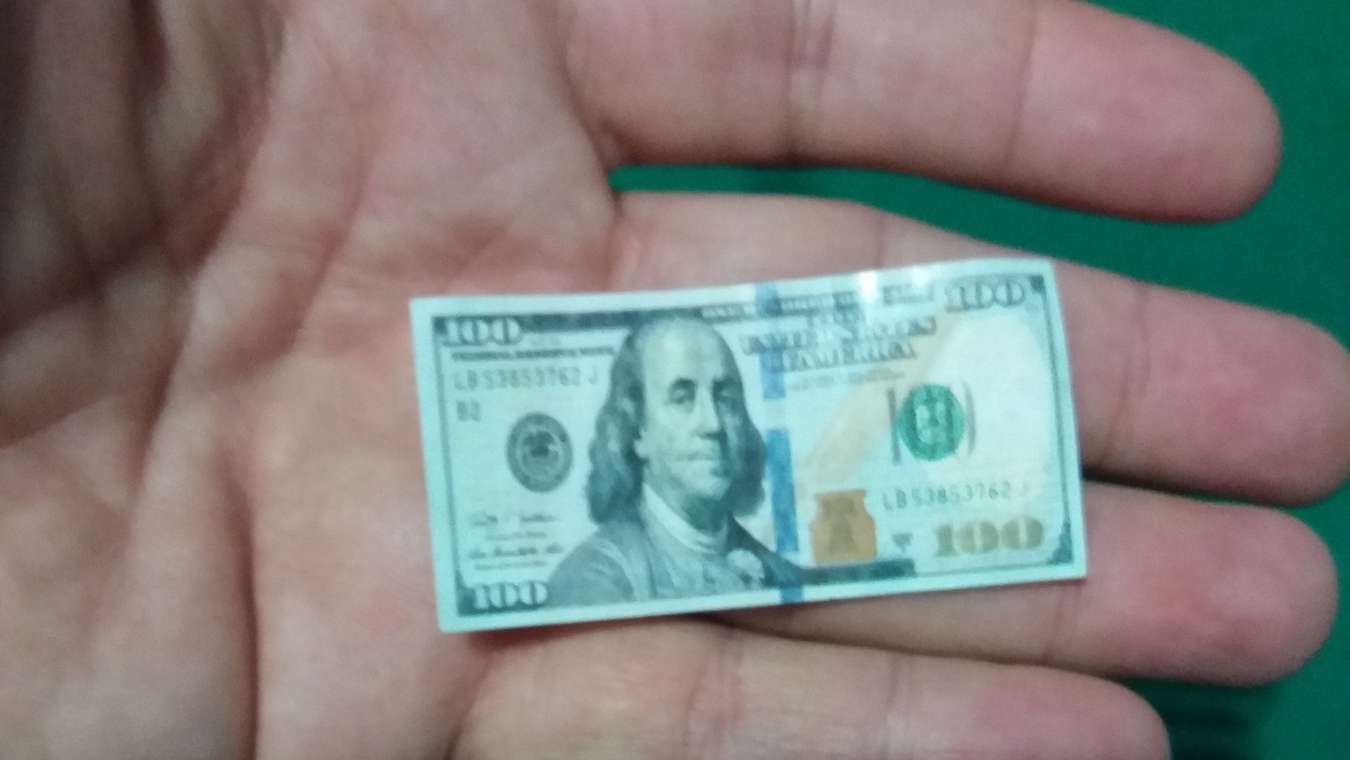 A gang of criminals who invested more than a million dollars in machinery and expertise they needed to get their potentially lucrative money-printing business off the ground have declared their company insolvent after a cataclysmic mistake during the printing process left them with more than $ 100million in $ 100 bills which are far from being legal tender.

The gang, operating out of a base in the Trenton area of New Jersey, were left with egg on their faces when one of their number, Eddie Crook, was left in charge of a printing machine, and fell asleep whilst it was in the process of producing the counterfeit bills, whereupon disaster struck.

Having been left at the gang’s warehouse overnight, Crook settled for his nap, and slumped across the machine’s control panel, accidentally pressing a button which controlled the size of the items to be printed.

“I was exhausted! I thought I’d get some shuteye, seeing as the notes were coming out fine. I only needed a few minutes!”

But Crook slept for more than seven hours, and was only stirred from his slumbers by one of his associates, Sam Phelon, when the latter arrived to check on the scam’s progress at first light.

“We had a million $ 100 bills, all perfect in every way, except that they were about a third of the size they should have been! It’s all over – we’re sunk!”