Turkish President, Recep Tayyip Erdoğan announced in a surprising move on February 29 that he would be reopening his country’s border… 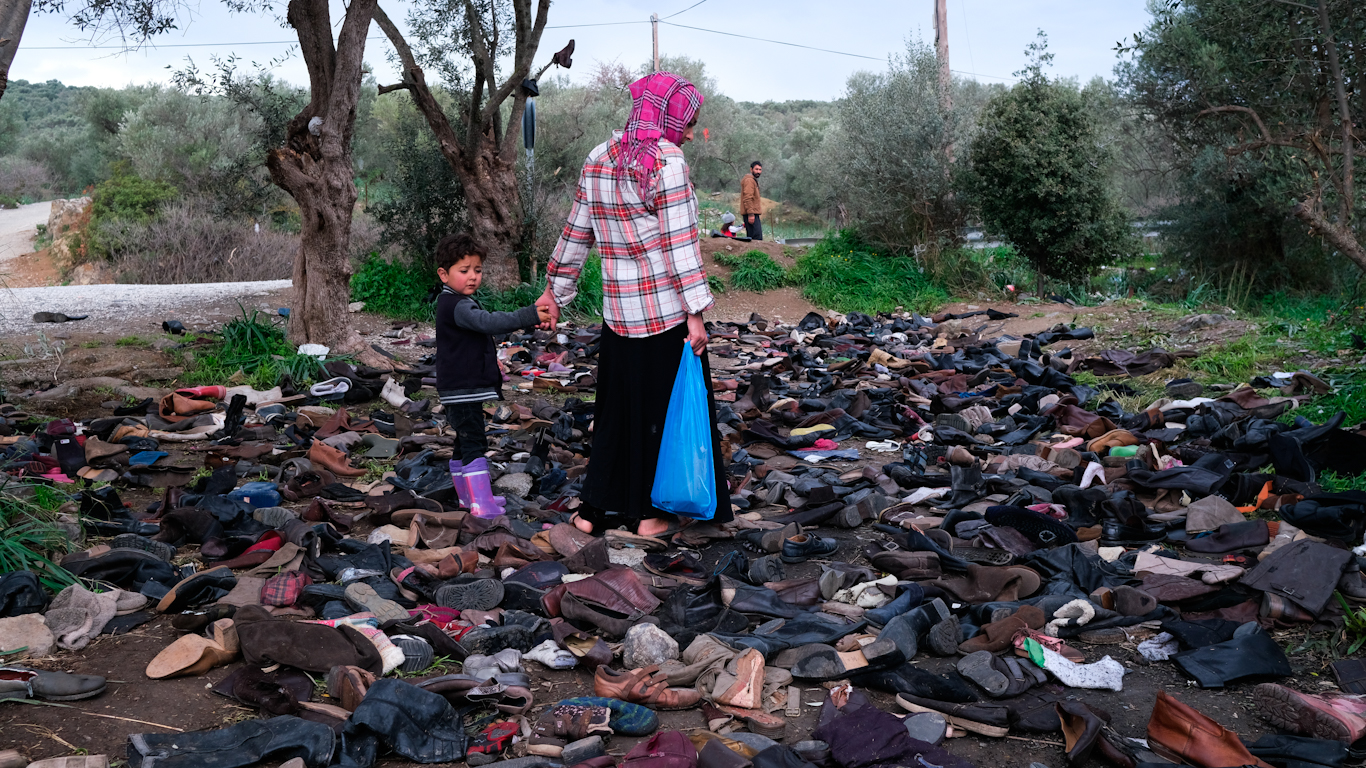 Turkish President, Recep Tayyip Erdoğan announced in a surprising move on February 29 that he would be reopening his country’s border to Europe, allowing tens of thousands of mostly Syrian refugees into Greece and other European countries.

Expectedly, over 100,000 people rushed to the Ipsala border point in the Edirne province separating Turkey from Greece, hoping to make it through the once-porous border.

Even though the sea route was not initially opened for the refugees, many attempted to brave the sea anyway, using small fishing boats and dinghies. A few have reportedly reached the Greek Islands.

What transpired was one of the most tragic, heart-rendering episodes of the Syrian war and the subsequent refugee crisis saga.

This time around, Greece, with tacit political support from the rest of the European Union, was determined not to allow any of the refugees into its territories.

The prevailing understanding in Europe is that the Turkish government was purposely engineering a refugee crisis to press the EU into supporting Turkish military operations in Idlib in northern Syria.

“They didn’t come here on their own,” the Greek Public Order Minister, Michalis Chrysohoidis, told reporters on February 29, with reference to the flood of refugees at his country’s border. “They are being sent away and being used by (our) neighbor, Turkey,” he added.

While the media focused mostly on Erdogan’s decision within the context of the Idlib conflict, little mention was made of the fact that Syrian and other refugees in Turkey have been the focal point of an internal crisis within the country itself.

The Istanbul mayoral election (held on March 31 and, again, on June 23) underscored the anti-refugee sentiment among ordinary Turks, one that is compounded by the fact that Turkey itself has been subjected to a protracted economic recession.

Unsurprisingly, the over 3.5 million Syrian refugees who had fled the war in their country over the last decade are being scapegoated by opportunistic politicians, the likes of Istanbul’s new Mayor, Ekrem Imamoglu

“Imamoglu was  … able to tap into simmering discontent with the large number of Syrian refugees in Istanbul in the context of his general complaints about the high level of unemployment in the city,” wrote Bulent Aliriza and Zeynep Ekeler on the Center for Strategic and International Studies website.

The Turkish government is now fully aware of the obvious correlation in the minds of many Turkish voters between the oppressive economic crisis and the Syrian refugee population in Turkey.

In fact, a recurring argument made by the Turkish government is that its military campaign in northern Syria is ultimately motivated by its desire to create a safe zone that would allow for the resettlement of many Syrian refugees.

With its NATO alliance faltering, and with growing difficulties at the northern Syrian front, Turkey’s strategy quickly fell apart. However, the scenes of naked, shivering refugees running back to the Turkish side, after being pushed away by Greek military and police was not only indicative of Turkey’s growing political dilemma, but of Europe’s betrayal of Syrian refugees and its utter incompetence in fashioning long-term solutions to a crisis that has been brewing for years.

On March 18, 2016, Turkey and EU countries signed the statement of cooperation, which resulted in a short-lived barter. According to the deal, Turkey agreed to stem the flow of refugees into Europe in exchange for economic incentives to help Ankara cope with the economic burden, partly resulting from the refugee crisis.

Aside from the fact that Turkey has claimed that the EU failed to fulfill its part of the deal, the agreement did not offer a long-term solution, let alone a political vision that would ultimately end the suffering of millions of Syrians.

What makes the Syrian refugee crisis within the Turkish-EU context particularly complex is the fact that the refugees are finding themselves hostage to selfish, political calculations that view them as a burden or a pawn.

This unfortunate reality has left Syrian refugees in Turkey with three options, all of which are dismal: returning to a war zone in Syria, coping with unemployment and an increasingly hostile political environment in Turkey or making a run for the Greek border.

When Ahmed Abu Emad, a young Syrian refugee from Aleppo, opted for the third and final option on March 2, he was shot in the throat by Greek border police. His fellow refugees rushed his gaunt body back to Turkey, where he was laid to rest.

Considering their limited options, however, neither death, injury nor torture will end the quest of Syrian refugees, who are desperately trying, as they have for years, to find a safe space and badly needed respite.

Perhaps only Palestinian refugees can relate to the dilemma of their Syrian brethren. It is one thing to be pushed out of your homeland, but it is a whole different thing to be refused, dehumanized and subjugated everywhere else.

The Syrian refugee crisis is a political, not a humanitarian crisis – despite the palpable humanitarian component of it. Therefore, it can only be resolved based on a comprehensive political solution that keeps the interest of millions of Syrian refugees – in fact, the Syrian people as a whole – as a top priority.

Several ‘solutions’ have been devised in the past but they have all failed, simply because various governments in the Middle East and Europe have tried to exploit the refugees for their own political, economic, and ‘security’ interests.

The time has come for a more considerate and thoughtful political strategy that is predicated on respect for international and humanitarian laws, one that adheres to the Geneva Conventions regarding the rights of war refugees.

Syrian refugees do not deserve such inhumane treatment. They have a country, glorious history and a deeply-rooted culture that has profoundly influenced ancient and modern civilizations. They deserve respect, rights, and safety. Equally important, they should not be used as pawns in a costly and dirty political game in which they have no interest or choice.

Feature photo | Refugees walk next to discarded shoes and boots outside the perimeter of the overcrowded Moria refugee camp on the northeastern Aegean island of Lesbos, Greece, March 11, 2020. Aggelos Barai | AP

To Flee or Not to Flee? In Honduras, A Child Braves Tear Gas to Sell Vinegar Bags