Exclusive TMZ.com Dennis Quaid seems ready to walk to the altar again — the guy’s reportedly engaged to his WAAYYY… 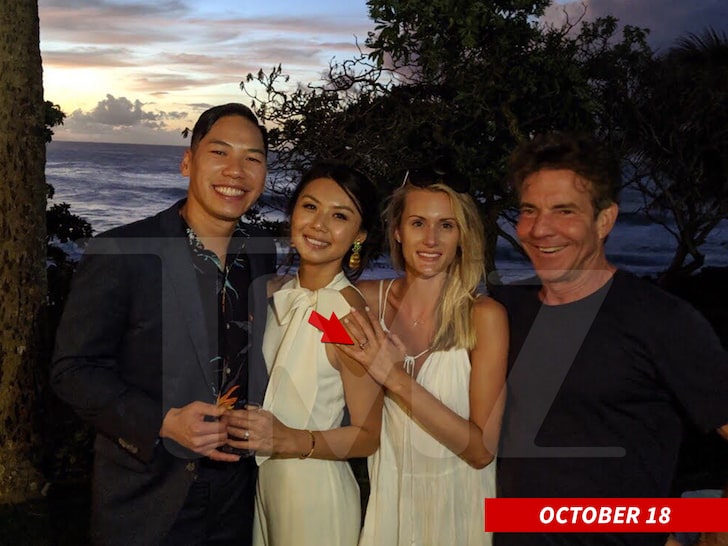 Dennis Quaid seems ready to walk to the altar again — the guy’s reportedly engaged to his WAAYYY younger girlfriend … and we got what looks like the first photo of the ring.

TMZ has obtained a photo of Dennis with his 26-year-old GF (and now, apparent fiancee) Laura Savoie holding up her left ring finger, which has a giant rock on it. We’re told this photo was taken Friday night minutes after DQ proposed to her at Turtle Bay in Oahu.

Apparently, a wedding party was happening nearby, and a couple that had just gotten hitched invited Dennis and Laura to pose for a pic to celebrate the dual occasions. Mazel!!!

Laura’s a grad student at the University of Texas. She and Dennis have been going out since the summer, so Dennis — who’s 65, BTW — must truly be head over heels for this gal. 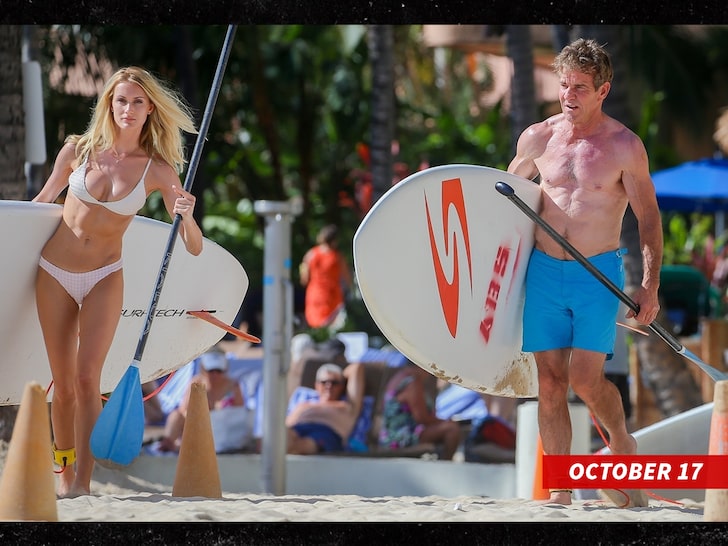 As we reported … Dennis and Laura were spotted vacationing in Hawaii just earlier this week, where they were getting their paddle board on at Waikiki Beach. They’ve been seen out together a lot, notably in August while boating on Lake Como in Italy.

This would be Dennis’ fourth marriage — he’s been hitched to Kimberly Quaid, Meg Ryan and P.J. Soles, and had children with the former two women.

The big question now — is Dennis up for more kids??? It’s unclear for now, but we’ve reached out to Dennis’ rep to confirm the engagement news … so far, no word back.