Boris Johnson’s leaked Brexit rants are causing a stir – both in parliament and in Twitterverse. In a curious twist… 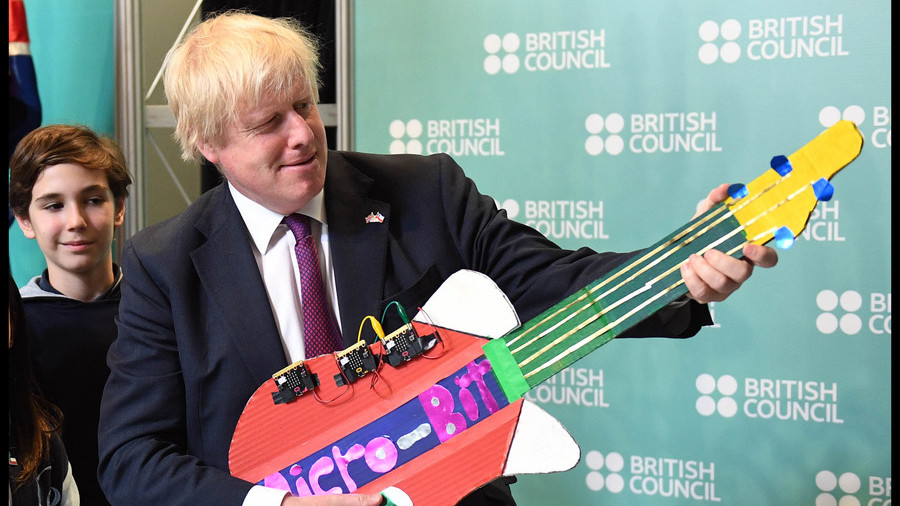 Boris Johnson’s leaked Brexit rants are causing a stir – both in parliament and in Twitterverse. In a curious twist to an already outrageous story, some have accused the yellow-haired PR disaster of leaking the audio himself.

The audio, originally obtained by BuzzFeed News, of a closed-door gathering at the Institute of Directors in London, where Johnson treated about 20 Conservatives to a powwow on the UK’s foreign policy strategy.

Johnson’s comments, leaked from the private dinner, even included the his own personal thoughts about Brexit, North Korean nuclear talks and US President Donald Trump. Due to his near endless gaffes, no one was surprised by Johnson’s cavalier attitude to state secrets.

Someone (with a tape recorder) has been following Boris Johnson around for months. I’m surprised it took this long.

Lord Andrew Adonis took to Twitter to publicly rebuke the “disloyal minister”. Others on social media found Johnson’s comments so brazen that they wondered if they were leaked by BoJo himself.

Boris Johnson must be ABSOLUTELY FURIOUS that this tape has been leaked, by someone close to Boris, obviously on his instructions, quite likely by Boris himself.

You mean the deliberate leaks, designed to:
1/ make him sound tough & decisive,
2/ ingratiate himself with Trump &
3/ distance himself from any Brexit involving compromise to limit (but which can’t eliminate) the damage so he can say his fantasy Brexit would have been better?

Is anybody actually buying the line that Boris Johnson’s remarks leaked without his knowledge and tacit consent, and that he is annoyed about it? As opposed to it being a deliberate leak to undermine May and position himself, while giving him a cover of plausibility deniability? https://t.co/xnTonVt7eq

Even the head of Buzzfeed News, who published the leaked audio, weighed in to mock the floppy-haired Tory. “Who needs international espionage when you have a foreign secretary who’ll mouth off for an hour about Britain’s most important foreign policies?” Stuart Millar asked.

LBC’s James O’Brien was infuriated by BoJo’s actions, accusing the foreign secretary of engineering situations to benefit his favorite person: himself. “Every single thing Boris Johnson does, says or leaks is designed solely & exclusively to advance the cause of Boris Johnson,” O’Brien said on Twitter.

Every single thing Boris Johnson does, says or leaks is designed solely & exclusively to advance the cause of Boris Johnson. In his personal, political & professional lives nobody else has ever mattered one jot. No wonder he’s fluffing Trump now.

“Boris Johnson is the patron saint of people who don’t like to think”. @mrjamesob is on a roll this morning

LBC shared a five minute enraged rant by O’Brien, who dressed down the Foreign Secretary over his apparently deceptive behavior. Even theFirst Minister of Scotland, Nicola Sturgeon, weighed in on Johnson’s actions – and boy, did she lash out.

“He’s just interested in currying favour with the hardline Brexiteers in his own party.”

Oh do fuck off and stop pretending either to have serious views or to be concerned about anything other than yourself and your japes. https://t.co/EuW4vNOR3I