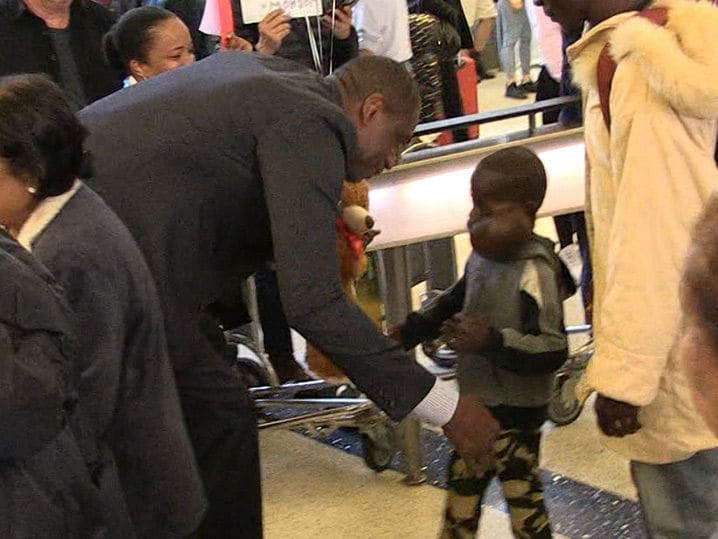 Dikembe Mutombo flew an 8-year-old boy from Africa with a large tumor on his face — who’s been shunned by society — to Los Angeles … so he could be operated on by a team of American doctors.

TMZ Sports saw Mutombo at LAX … when he told us the heartwarming story.

The NBA Hall of Famer says he met the young boy back in September at the hospital he built in Congo … and immediately knew he wanted to help.

“I was touched by what he’s going through as a young boy who’s 8 years old. Not going to school. The way he’s been pushed away by the society,” Mutombo told us … “His mom has to keep him in the bedroom every day because people are talking bad about him.”

Dikembe — who flew into L.A. earlier today — was waiting at the airport for the boy’s flight to get in from Africa … and he invited our cameraman to watch the reunion.

Now, Mutombo will pay for the young boy to be operated on by Dr. Osborne in Beverly Hills … before he returns to Congo where, the hope is, he’ll be able to return to school and live a normal, happy life.