Hillary Clinton appeared in front of a crowded Central Park in New York to talk Trump and Russia. However, her… 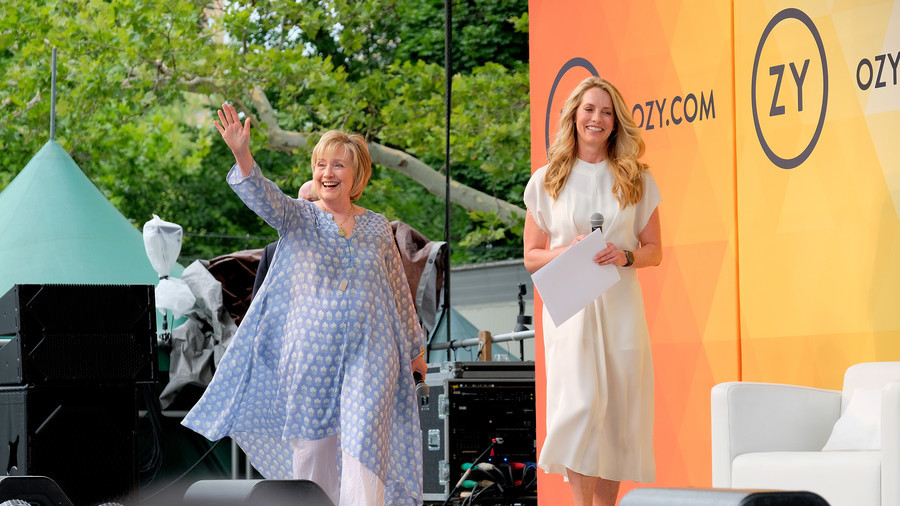 Hillary Clinton appeared in front of a crowded Central Park in New York to talk Trump and Russia. However, her appearance, particularly her part-hospital gown, part-muumuu dress stole the show on Twitter.

Speaking at the festival on Saturday, Clinton trotted out her usual talking points: Russian boogeymen are preparing to hack November’s midterm election, President Donald Trump is in Vladimir Putin’s pocket, Trump’s immigration policy is evil, and Republicans should really hold off on confirming Supreme Court Justice Brett Kavanaugh until after the midterms, pretty please.

But observers immediately took to Twitter to ridicule Clinton’s appearance. Dressed in a long housecoat and pants, with her hair disheveled and bags under her eyes, Clinton looked like she had just woken up after losing the 2016 election all over again.

Clinton did address 2016, once again blaming her loss on a “broad and unfortunately successful attack on our electoral system” by shady Russian hackers, rather than acknowledging her own campaign’s weaknesses.

To some Twitter trolls, Clinton’s flowing dress bore a striking similarity to the Hawaiian muumuu first worn by a 300lb, disability-claiming Homer Simpson.

Since her shock loss at the ballot box in 2016, Clinton has strayed in and out of the limelight, publishing a book explaining the loss from her perspective, and bashing Trump in speeches and on Twitter. Most recently, she was mocked for questioning the president’s loyalty before his one-on-one meeting with Putin last week.

Despite widespread speculation, Clinton has remained silent on whether she will once again challenge Trump in the 2020 presidential election.