Spread the love Miami, FL — In an act of “civil disobedience” Dr. Armen Henderson, a medical doctor at the… 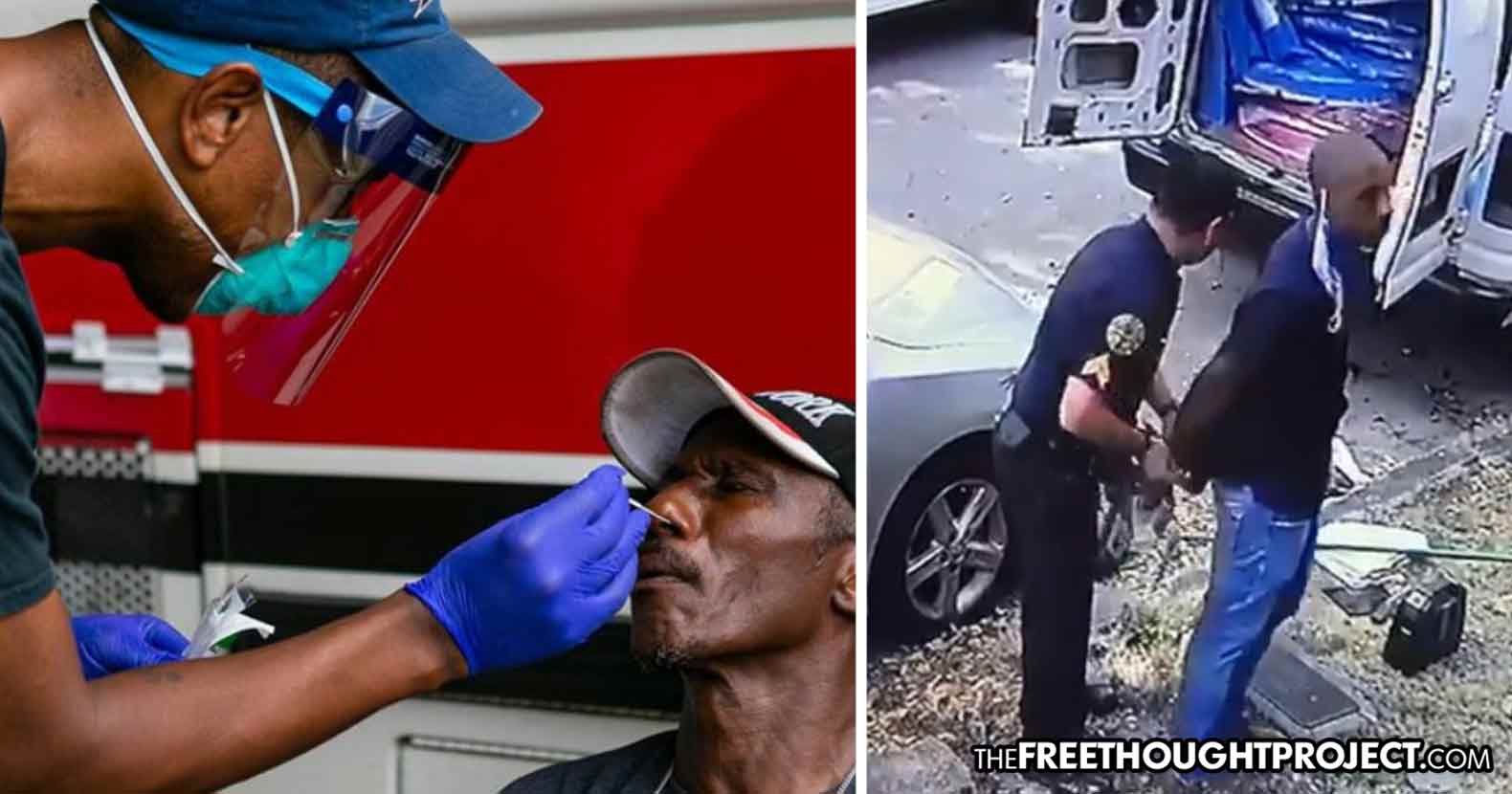 Miami, FL — In an act of “civil disobedience” Dr. Armen Henderson, a medical doctor at the University of Miami, defied the government’s stay at home order to fight the coronavirus pandemic on the front lines — and not in the safety of a hospital. The doctor took to the streets of Miami late last month to provide a much needed service and test the city’s homeless population for COVID-19.

Testing homeless populations has been a key factor in stopping the spread of the virus as homeless people are unable to “shelter in place.’ Many homeless people are said to be carrying COVID-19 but have no way of knowing without access to tests. Dr. Henderson knows this, which is why he defied the order and took to the streets to test the homeless.

His work was so inspiring that he was highlighted in a Miami Herald story two weeks ago for his work with the homeless during the pandemic. The doctor and a group of others not only tested homeless people for COVID-19, but they also handed out supplies like food and tents.

After providing a dire service during this pandemic for two weeks, Dr. Henderson was moving boxes outside of his Flagami home Friday afternoon when he received a visit a Miami cop.

As the Miami Herald reports, the doctor, who works for the University of Miami Health System, said the officer told him he was patrolling the area after receiving complaints of people dumping trash. He told the cop he was just unloading his van, he said. He was handcuffed when he didn’t show him identification and turned back toward his van, Henderson said.

“He said ‘you should refer to me as sir, or sergeant when talking to me.’ I never said I was a doctor. But I didn’t cuss. He just grabbed my arms and cuffed me,” Henderson said.

Henderson explained to the Herald that he was wearing a mask during the unlawful detainment and the officer was not. As the video shows, the officer, who could have been carrying COVID-19, was extremely close to the doctor’s face as he temporarily kidnapped the innocent man for no reason.

Because he had committed no crime, Henderson explained to the Herald that he chose not to identify himself to the officer — which is completely legal and his constitutional right.

Nevertheless, as the apparently power-hungry cop was attempting to kidnap the doctor, Henderson yelled inside for his wife to come outside. She then showed the cop the doctor’s “papers” of identification and he was uncuffed.

Despite wanting no more interaction with police, after the Herald ran the story over the weekend — with video evidence of the unlawful detainment — the Miami Police Department released a statement noting that they have opened an investigation. In a video on the Miami PD Facebook page, Chief Jorge Colina said that profiling is unacceptable.

“The City of Miami Police Department does not condone or accept profiling of any kind,” Colina said. “I’m making that statement because I’ve been made aware of a video that has been circulating of an encounter that occurred on Friday, April 10, in the Flagami neighborhood.”

Colina says what caused Henderson’s detainment by a City of Miami sergeant Friday morning was a “litany of complaints pertaining to illegal dumping.”

Apparently, throwing away trash on your own property in front of your home, is not reasonable suspicion for kidnapping. Great work Miami police department.

When the Herald asked Henderson if he planned on calling the police to file a complaint, the doctor’s response was nothing short of inspirational.

“I just got accosted by police,” he said. “Why would I call them?”