The head of the Chechen Republic has called upon foreign nations to not repeat Hitler’s mistake and to avoid antagonizing Russia without learning the history of failed attempts to conquer it.

Ramzan Kadyrov issued the warning through his Telegram Messenger blog on Friday as Russia was marked the Day of Memory and Grief – the anniversary of the Nazi Germany’s 1941 attack on Soviet Union which started the Great Patriotic War.

Hitler planned to have Russia on its knees within months and have a military parade on Red Square, but he was wrong when he thought that his main task was to reach Moscow, Kadyrov wrote. 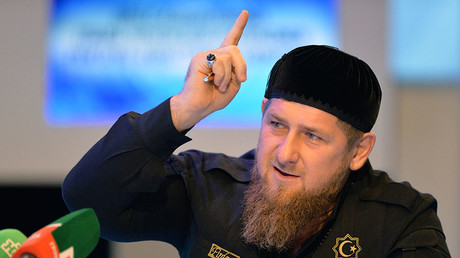 “It is true that in times of the war the German divisions directly approached Moscow, Leningrad and Stalingrad. But Hitler didn’t speak Russian and he did not know the Russian history. Otherwise he would give a second thought to taking the road that had been previously chosen by the French, the Swedes, the Poles and others and ending his life in the same disgraceful way as all these aggressors,” he stated.

The Chechen leader wrote that in the Stalingrad operation the Nazis lost over 300,000 servicemen – dead or taken prisoner and the Soviet troops eventually defeated Hitler’s armies and captured Berlin.

“Hitler knew nothing about our history but modern politicians who like to voice threats against our country should study the chronicles of the past ages so that they don’t repeat the mistakes of their own ancestors. Otherwise their name will be forever on the list of those who raised their swords against Russia and died by the sword,” Kadyrov wrote, using the slightly reworded proverbial saying attributed to the 13th century Russian prince Alexander Nevsky.