An ‘associate’ of Dr. Young earlier American rap star, record producer and medic Dr Dre has incurred the wrath of… 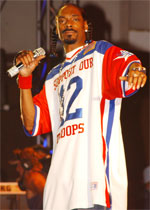 An ‘associate’ of Dr. Young earlier

American rap star, record producer and medic Dr Dre has incurred the wrath of the US medical community and has been ‘struck off’ after senior members lost patience with his incessant and excessive bad language.

Dre, real name Dr. Andre Young, was, this morning, informed by a panel of three senior executives of the American Medical Association (AMA) that, having failed to take sufficient heed of an earlier warning about his language, he was no longer required at Compton Hospital, where he has been giving top-notch medical care since the early 1990s.

Speaking for the medical board, Dr. Ruth Rimmer said:

“It’s not the first time that Dr. Young has been warned. Patients have complained. We just can’t have his gangster-type profanity at this hospital.”

Dr. Young has allies, however. Two close colleagues, Drs. Mathers and Dogg, have both voiced their concerns over, what they claim, is an “infringement of (Dr. Young’s) statutory rights to speak as the muthafucka sees fit”, and promised their continued support, drawling: