Shadowproof — Under legislation proposed in Congress, the United States government would not be able to prosecute journalists like WikiLeaks… 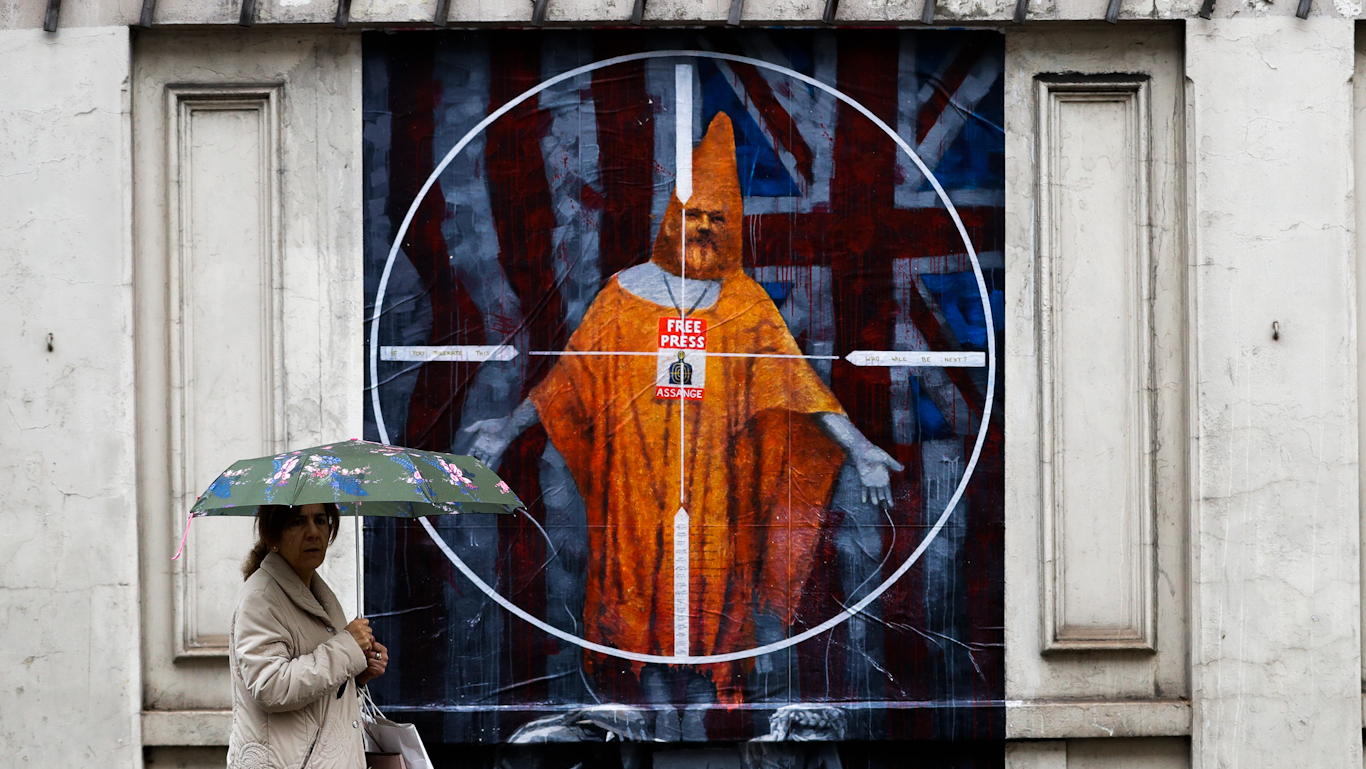 Shadowproof — Under legislation proposed in Congress, the United States government would not be able to prosecute journalists like WikiLeaks founder Julian Assange who publish classified information.

Wyden declared in a press statement, “The Espionage Act currently provides sweeping powers for a rogue attorney general like Bill Barr or unscrupulous president like Donald Trump to target journalists and whistleblowers who reveal information they’d rather keep secret. This bill ensures only personnel with security clearances can be prosecuted for improperly revealing classified information.”

It would protect the rights of members of the press that “solicit, obtain, or publish government secrets” from prosecution.

The legislation would also protect disclosures of classified information related to signals intelligence to any member of Congress.

Whistleblower protections would be able to provide classified information to the Federal Communications Commission (FCC), Federal Trade Commission (FTC), Privacy and Civil Liberties Oversight Board (PCLOB), and inspector generals to help them investigate privacy abuses. The government would not be able to invoke secrecy laws to shut down reviews of their conduct.

Additionally, a summary [PDF] indicates it would shield “cybersecurity experts from prosecution when they publish research showing discoveries of government backdoors in encryption algorithms.”

In 2014, H.D. Moore, the creator of Metasploit, which is an “ethical hacking tool, told the Guardian that U.S. law enforcement warned him he may be vulnerable to prosecution because he operated a project called Critical.IO. “The initiative sought to find widespread vulnerabilities using automated computer programs to uncover the weaknesses across the entire internet.”

Law enforcement pressure was so significant that Moore took a break from his work in the internet security industry.

NSA whistleblower Edward Snowden’s disclosures saw an increased focus in expanding government protections against privacy abuses, but the bill’s summary does not attribute this amendment to Snowden’s impact. It relies on a much older example of government abuse of secrecy laws.

“After the NSA’s SHAMROCK program was revealed by the press in 1976, the FCC opened an investigation, as the disclosure to the NSA by the phone companies of customer communications violated federal communications law.” FCC Chairman Richard Wiley told Congresswoman Bella Abzug during a hearing that carriers “refused to answer the FCC’s questions” because of secrecy rules in 18 U.S.C. 798, which is a part of the Espionage Act that applies to “communications intelligence.”

The FCC had to shut down their investigation into the SHAMROCK program, which was an international telegram-spying program that existed from August 1945 to May 1975. At the time, it was “probably the largest governmental inspection program affecting Americans ever undertaken.”

The Obama Justice Department’s use of the 1917 law enabled the government to institute “insider threat programs” to effectively intimidate and discourage whistleblowers from revealing corruption. The administration intercepted the communications of journalists in Espionage Act prosecutions and even treated journalists as co-conspirators in leak cases.

President Donald Trump has intensified Obama’s war on leaks to silence whistleblowers, who bring scrutiny to his administration, and the impact on journalists is largely unknown.

The Trump administration also crossed a line the Obama administration would not and charged Assange with 18 offenses—17 of which are Espionage Act violations. The indictment specifically criminalized Assange and WikiLeaks for seeking, obtaining, and disseminating classified information from the U.S. government.

Khanna told The Intercept “prosecutors and judges should have discretion to weigh the consequences” of leaks “against the motives of the source.” But simply the language of the legislation is silent on the matter of rights defendants should have to defend themselves under the Espionage Act.

Both Wyden and Khanna say Assange could still be prosecuted for allegedly helping Chelsea Manning hack passwords, though defense attorneys might have a reasonable challenge. The computer crime offense was written with language from the Espionage Act, and they could argue it was improperly charged to show prosecutors were skirting protections for journalists.

Alex Abdo, litigation director at the Knight First Amendment Institute of Columbia University, concluded, “This is a crucial effort to ensure that it isn’t a crime for national security journalists to do their jobs. The bill would make clear that the everyday work of journalists isn’t an act of espionage.”

“These protections for journalists are vital. It is also vital that Congress enact additional protections for national security whistleblowers, who must risk personal and professional sanction to expose government malfeasance and corruption.”

Israeli Apartheid Made Official: Annexation is the New Reality in Palestine

Beto O’Rourke Was Threatening to Run a New Kind of Campaign. Not Anymore.

Documents Reveal Hospital Industry Is Leading Fight Against Medicare for All