The EU visa ruling has ruled Gibraltar a “Colony of the British Crown.” The UK hit back calling the language… 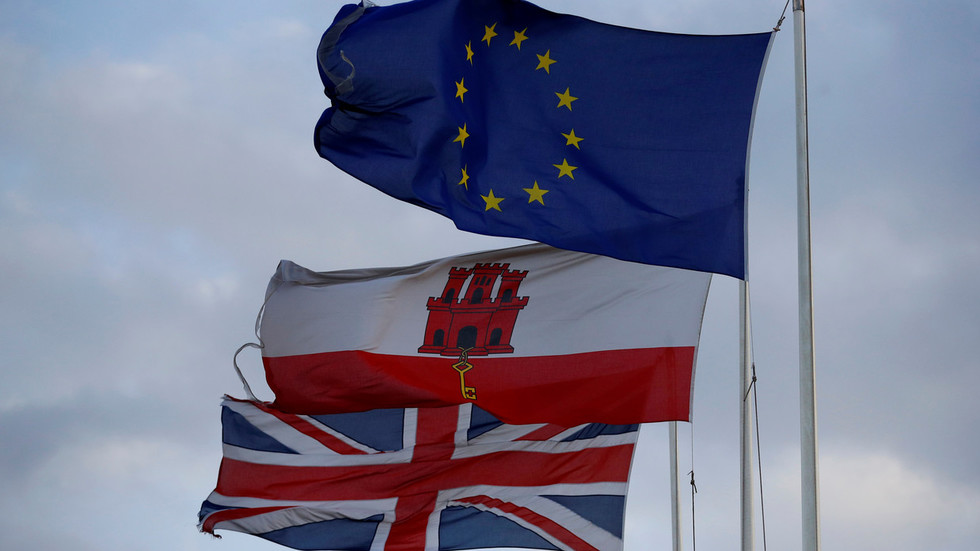 The EU visa ruling has ruled Gibraltar a “Colony of the British Crown.” The UK hit back calling the language “completely inappropriate.”

The UK has broadly welcomed the news that the EU has granted visa-free travel to British citizens, but have been riled by certain language contained within the EU plans. A new regulation within the proposed legislation refers to Gibraltar as a “colony.”

Also on rt.com EU agrees visa-free travel for UK citizens even after a no-deal Brexit

Commenting on the ruling the UK Government spokesperson said:

Gibraltar is not a colony and it is completely inappropriate to describe in this way.

“Gibraltar is a full part of the UK family and has a mature and modern constitutional relationship with the UK. This will not change due to our exit from the EU. All parties should respect the people of Gibraltar’s democratic wish to be British,” he added.

READ MORE: No break from Brexit: RT takes a look at latest developments, as MPs told ‘no holiday for you’

The Brexit process revived the more than 300-year row over Gibraltar – a British territory surrounded by Spain and sea, which Madrid lays claim to. 96 percent of Gibraltarians voted to stay in the European Union during the 2016 referendum, unequivocally demonstrating their support for staying within the bloc.

Last November the Spanish Prime Minister Pedro Sanchez said the country would revive calls for shared sovereignty of the peninsula once Britain leaves the EU.

Before Friday’s ruling there were reports that Spanish officials called on the EU to exclude Gibraltar from any agreements between Britain and the European Union in case of a no-deal Brexit.

Gibraltar is a small territory located in a strategically important choke point at the entrance to the Mediterranean sea. It consists of the Rock of Gibraltar and an urban area home to 30,000 people.

Ceded to the Brits in the early 18th century, it has remained in their possession despite Spain’s later attempts to recapture it. In modern days, Madrid sees it as a source of unfair competition due to lower taxes which lead to Spanish businesses being registered there – one of the issues that is addressed in the Gibraltar protocol.