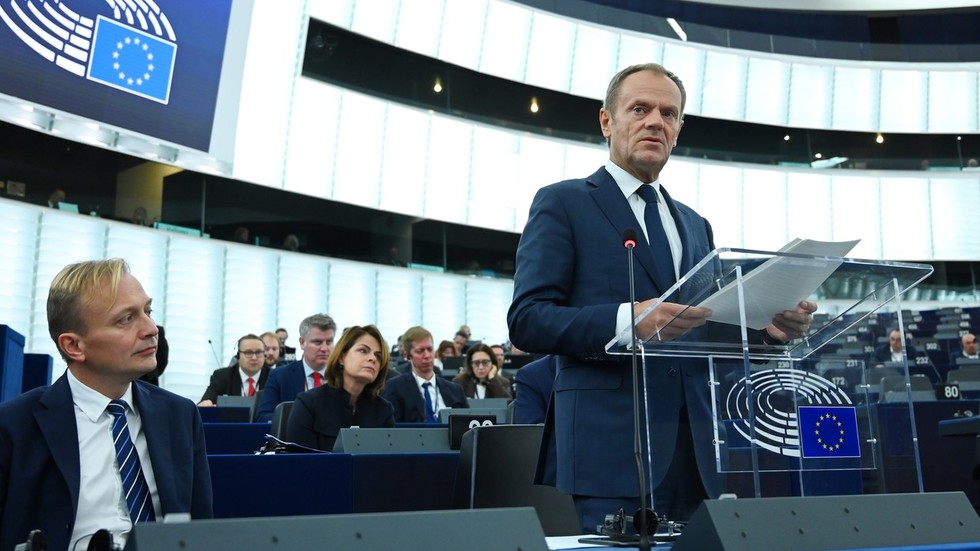 European Council President Donald Tusk has revealed that any decision on whether to grant a Brexit delay will depend on what happens in the UK Parliament this week, but insisted the bloc will never choose a no-deal scenario.

In his farewell speech to MEPs in the European Parliament in Strasbourg on Tuesday, Tusk said he will be consulting EU leaders on how best to respond to Britain’s request for an extension to Article 50 and a delay to Brexit.

“It is obvious that the result of these consultations will very much depend on what the British Parliament decides, or doesn’t decide,” Tusk told lawmakers.

The outgoing president intimated that, despite the uncertainty surrounding events in the UK House of Commons, he has made it clear to PM Boris Johnson that “a no-deal Brexit will never be our decision.”

On Tuesday afternoon, UK MPs embark on what could be a critical three days of debate and voting on Johnson’s Brexit deal. They’ll vote on the second reading of the Withdrawal Agreement Bill (WAB) at around 7pm BST, shortly followed by the program timetable motion.

The program motion could prove to be a sticking point for the UK government’s bid to advance the bill through the House of Commons and the Lords in time for the October 31 deadline. This motion is proving controversial with many MPs from across the house. Critics are complaining that three days is not enough time to scrutinize such a historic piece of legislation.

If Johnson’s government win those two key votes, then debate on tabled amendments relating to issues such as a customs union and a second referendum will take place, followed by votes on Thursday at the third reading stage.

So, how’s Covid-19 been for you? Not great, with over 40% of Brits in poor health or struggling financially, UK regulator says