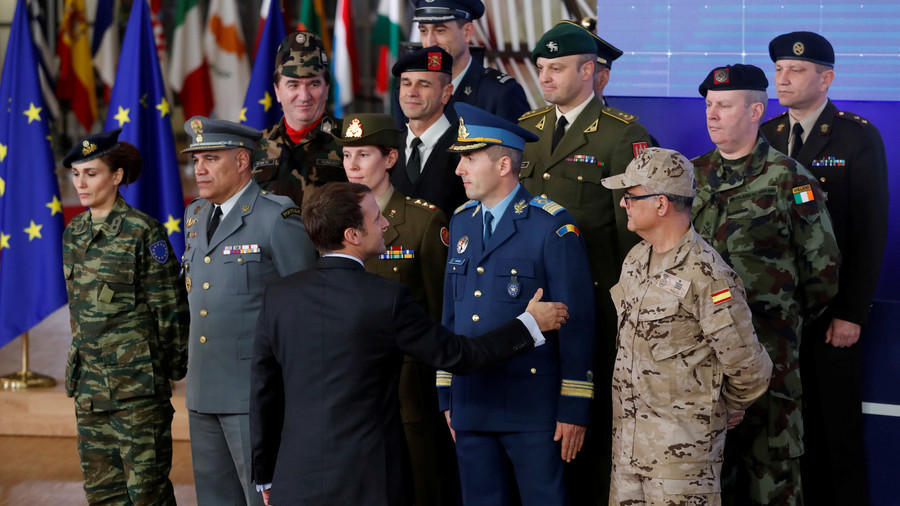 Williamson, responding to Merkel and Macron’s call for a ‘real and true European army,’ which also incurred the wrath of US President Donald Trump, claimed he could never sanction such a move for Britain as it would undermine NATO, the Daily Mail reports.

“It is an absolutely crazy idea. NATO has delivered European security for the
last 70 years and we should feel very proud of it.

READ MORE: Britain will always be a ‘tier one’ military power: Williamson challenges May over defense spending

“Should we undermine that by forming a separate military force? Absolutely not. To begin discussing a new EU army is dangerous and undermines the security that NATO underwrites,” Williamson said.

Merkel risked escalating tensions with the US last week, when she told the European Parliament in Strasbourg that: “Europeans now have to really take our fate fully into our own hands if we want to defend our community… We have to work on a vision of one day creating a real, true European army.”

It followed similar comments made by Macron earlier this month, during Armistice centenary commemorations, in which he warned Europe could not rely on the US to defend itself anymore, and implying the US should now be seen as a threat.

The French president declared: “We won’t protect Europe if we don’t decide to have a true European army. We have to have a Europe that can defend itself alone and without only relying on the US. We should protect ourselves when it comes to China, Russia and even the US.”

It comes as the EU announces proposals for a new initiative to train the next generation of secret agents which won’t include Britain, Politics Home reports. The Joint EU Intelligence Academy, which will include 25 EU member states, will be led by Greece and Cyprus.