MPs from the center-left party Fair Russia have drafted a bill ordering that all members of the federal parliament should receive salaries in line with the country’s average, which is now roughly $ 565 per month.

The draft was prepared by the leader of the Fair Russia party Sergey Mironov and MP Oleg Nilov. 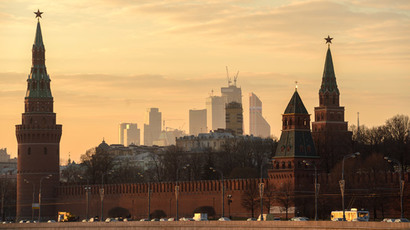 In an explanatory note attached to the document, they explained that at present, Russian senators and State Duma deputies are receiving salaries equal to those of federal ministers and these are several times more than the average in Russia. Lower House lawmakers receive about 380,000 roubles per month, or $ 6,100.

“The bill proposes to set a legislative maximum for salaries of Federation Council members and State Duma deputies in the amount of the average salary in the Russian Federation which in 2016 amounted to about 35,000 roubles,” the document reads. At the current rate, the proposed sum amounts to about $ 565. In addition, Fair Russia wants to abolish all “unfounded” benefits granted to MPs in healthcare services, retirement payments, vacations, etc.

The bill has already been criticized by the Russian government. Experts noted that Russian law forbids federal lawmakers to combine their work with any other position, including private businesses (exceptions are made for income made through teaching or artistic work, such as acting) and the relatively high salaries allow senators and MPs to fully concentrate on their legislative activities and communication with voters. 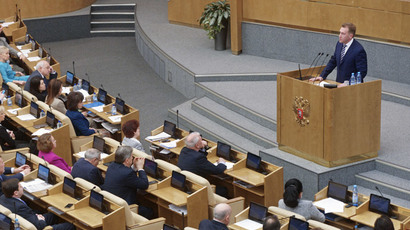 In March 2015, President Vladimir Putin slashed the wages of senior Russian officials, including himself and members of his administration, explaining the move was the result of economic crisis. Shortly before that, Putin ordered a one-year freeze on civil servants’ pay in various state offices.

The order automatically led to equal cuts in salary for members of the Russian parliament as, according to Russian law, the salaries of parliamentarians are calculated on the same scale as salaries of federal ministers. In October 2017, Putin extended the duration of this decree until the end of 2018.