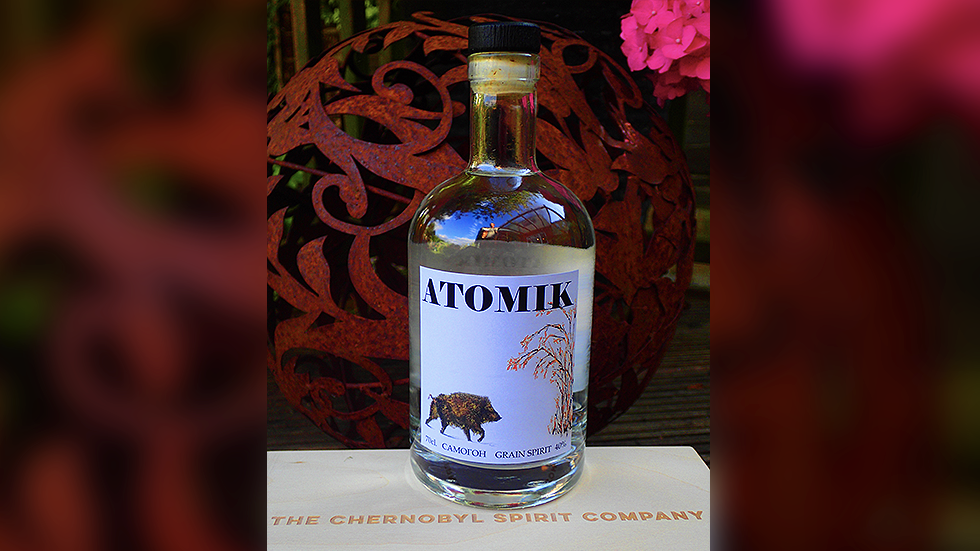 Scientists have produced Chernobyl’s first homebrew vodka – that is thankfully (hopefully) ‘radioactive free’ – and the first consumer product out of the exclusion zone, 33 years after the deadly disaster.

‘Atomik’ vodka has been created by a team from Portsmouth University, England, in partnership with their colleagues, including from Ukraine . They used the grain and water from the area near the abandoned city of Pripyat.

It remains to be seen how the sales go as the thought of consuming Chernobyl-linked liquor may turn a few stomachs. But professor Jim Smith told the BBC the alcoholic creation “is no more radioactive than any other vodka,” despite made from crops used on a farm surrounding the damaged nuclear power plant.

He claims the ‘secret’ to making the drink radioactive free and safe was in the distilling process, adding that their lab tests showed the content was “below their limit of detection.”

The team is aiming to make 500 bottles this year and sell them to tourists who visit the exclusion zone. That in turn should help the communities living right next to the contaminated area.

A 1,622 square mile human exclusion zone around Chernobyl was established due to the severe radiation leakage following the nuclear reactor accident in 1986. Radiation was detected across Europe and around 300,000 residents were permanently evacuated from their homes. The Chernobyl tragedy is considered the worst nuclear power pant disaster of all times.