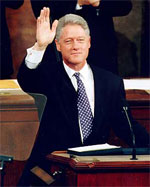 Has-been transgender "celebrity" Bill Mayor recently tried to change careers, trading in (some would say trading on) his dubious career as a “comedienne” by becoming a literary critic.

After disparaging television comedy as “fit only for kids and imbeciles,” he said that watching shows like the ones he hosted—he did not specifically name Reality Show with Bill, Politically Ineffectual, or Comedy Venture, all shows he's “hosted”—Mayor said the late Marvel Comics great, Stan Lee, “inspired millions of people to read.

“They, and I myself, would have been better off,” he said, “if they'd remained illiterate couch potatoes, but, no, Stan Lee had to introduce them to comics.

“Now that comics have made reading socially acceptable for the masses, they're tuning out TV and, for that matter, the lamebrained media. As a result, I had to retire: there's just not much demand, these days, for the boob tube.”

Mayor, who admits he's never actually read a comic book, “or any other book, for that matter,” blames literacy for “the problems we face in 21st-century America and around the world.” Based on what he's heard about comics, global warming, in particular, he said, was probably caused by the Incredible Hulk's “flatulence and bad breath.

“I'd hate to be downwind from that blowhard.”

Stan Lee was laid to rest in a private ceremony days before Mayor's rant.