Chief executives of the UK’s top companies are being paid 133 times more than the average British worker’s annual salary,… 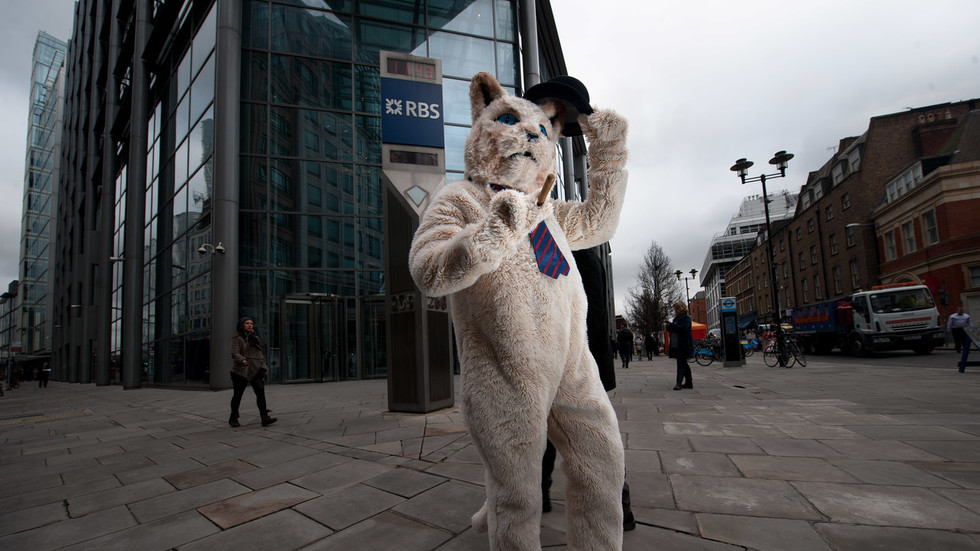 Chief executives of the UK’s top companies are being paid 133 times more than the average British worker’s annual salary, according to new research for “Fat Cat Friday.”

A report has found that by 1pm on the third working day of the year (Friday 4 January), FTSE 100 chief execs would have been paid as much as average workers will earn for the whole of 2019 – taking them two hours fewer than last year.

The study, carried out by the High Pay Centre think tank and the Chartered Institute of Personnel and Development (CIPD), shows that the average FTSE 100 top boss is paid just over £1,000 an hour, compared with the national living wage of £7.83 for adults aged 25 and over.

Also on rt.com Ken Livingstone: Decade after 2008 crisis, no changes made, richest get richer, inequality growing

Luke Hildyard, director of the High Pay Centre, said: “Excessive executive pay represents a massive corporate governance failure and is a barrier to a fairer economy.”

Their calculation is based on the analysis of FTSE 100 public reports which reveal that top bosses are rewarded with median annual earnings of £3.9m – an increase of 11 percent on 2018. Meanwhile, median earnings for full-time workers is £29,574, with the report saying that for the majority of workers, “real pay levels are still behind what they were in 2008.”

Unions and politicians have been quick to condemn the findings. TUC General Secretary Frances O’Grady said the UK government needs to carry out a major reform of the economy to address the huge inequalities in pay.

O’Grady told The Evening Standard: “We need to redesign the economy to make it fair again and that means big reforms to bring fat cat pay back down to earth.”

When the greedy, greedy bosses are raking in 133 times more than the average worker, many toiling to make ends meet on low pay and in insecure work, it's time for real and radical change. Bring on @UKLabour's pledge to tax the fat cats. #FatCatFridayhttps://t.co/Fq19h6LCkW

Today some of the UK's top company bosses will have already earned the same amount in 2019 as the average worker will be paid for the whole year. Many workers have faced austerity, cuts to wages and their terms and conditions slashed. #FatCatFridayhttps://t.co/PaGjE6gy7E

Happy #FatCatFriday. The day of the year that an average FTSE 100 chief executive will have earned more than the typical yearly salary of a British worker. Yes it's only the 4th of January. This level of inequality is gross and obscene.https://t.co/mIgpdCTBaN

Others took to social media to express their anger at what they see as the unfair excesses of top executive pay.

When I see and hear thing like this #FatCatFriday it just makes me want to scream.
4 days in to the #NewYears & they have already earned more then I make in a year
I work long hours Hearing a radio presenter laugh about it just makes me angry pic.twitter.com/QbunfXbcvG

When they tell you the economy is growing what they really mean is the super wealthy are getting richer, while we have stagnant wages, zero hours contracts, foodbanks, Universal Credit and privitisation of public services to the working poor #FatCatFridaypic.twitter.com/D4VHvtcWoO

Not everyone has been upset by the findings, with Mark Littlewood, the General Director of the right-wing, free-market think tank, the Institute of Economic Affairs, defending CEO’s high pay, insisting they deserve it.

Littlewood told The Independent: “The concept of ‘super talent’ is no myth. In our globalized economy, CEOs’ roles are indeed becoming more important as their decisions can make or break a company – and determine the fate of thousands of people’s jobs.”