By Chris Rossini For those who still choose to watch “the news” on television, what are you greeted with every… 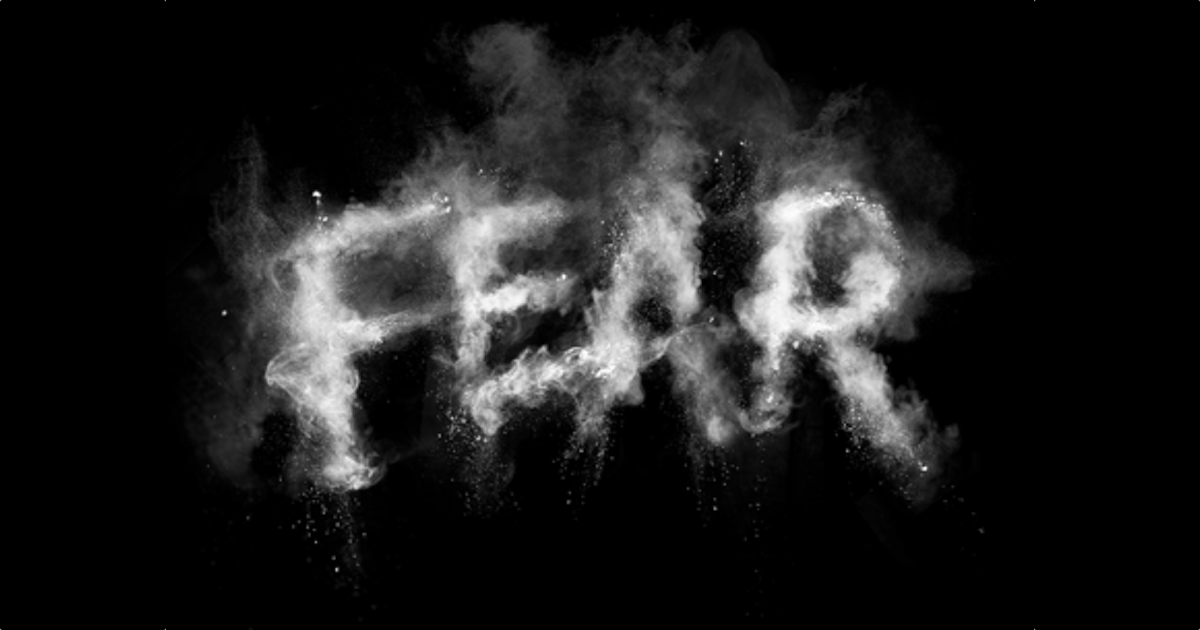 For those who still choose to watch “the news” on television, what are you greeted with every day? The countless good things that happen every second? The new life that is now with us? The new wealth that has been created? The peaceful interactions that take place at every moment?

If you turn on government’s FCC-licensed media, you’re going to get a good dose of the opposite. And their goal is to get you to let down your guard, and to be afraid.

How successful would the political class be if they had to deal with a population of individuals that were unafraid and who guarded their liberty with their lives? Not successful at all. They would have to close up shop, and go do the hard work of generating wealth in the marketplace.

However, if the political class can get everyone else to be afraid of their own shadows, extracting wealth becomes a piece of cake. The wealth generators will cough up their money (and their liberties) with ease.

Let’s focus on how the FEAR game is done in America, because it’s become a reliable “system.”

In the United States, you’re presented with one of two choices as to who will rule over you. It’s best that you choose one of these options, or you’re liable to be looked at with a crooked eye.

The side that you pick doesn’t matter. You’re going to get your pockets cleaned out either way. But pick a team you must, because by doing so, you’re very likely to identify yourself with “your team,” no matter what it does to you. Your team can take your last nickel, but because it’s “your team,” it’s OK.

Now that you’re on a “team,” you have to internalize the primary FEAR.

Both teams have their overarching FEARS.

On the Right, you have the FEAR of foreign boogeymen. The list is never-ending … the wars are never-ending … and the loss of your earnings and liberty will not come to an end either. This FEAR generates a cool $ 1 TRILLION per year to the political class, and those who latch onto it.

The foreign boogeyman FEAR is the motherlode of authoritarianism. You are to sacrifice everything for it …. your privacy … your dignity … It is never to be questioned or touched.

If you choose to be on “The Left,” you are expected to internalize another overarching FEAR. The name of it is always changing, and funny enough it goes by the name of “Climate Change.”

This FEAR also requires you to sacrifice everything to the government …. If you don’t submit, then the world is going to come to an end. The Earth will either turn into a fireball, or an ice cube…depending on what the “experts” want you to believe at the moment.

So you have FEAR in two different wrappers. They both add up to the same result. Your life, liberty and property gets turned over to the political class.

In fact, today we read at Bloomberg:

Stopping climate change before the effects get truly severe is going to be a huge undertaking — the equivalent of a global mobilization for war.

Whether it’s War or Climate Change … The Government is going to “mobilize” against your life, liberty and property.

Pick your Team … Pick your FEAR … And they’ll take care of the rest.

Liberty is not an option in this “system.”

But, here’s the silver lining to this FEAR matrix: Liberty is always an option. That’s why the propaganda has to be 24/7 and has to come at you from every angle. The option for Liberty is always there. The political class has to try to drown it out, and wants your eyes and ears to be flooded with their nonsense at all times.

We’re all born free, and we always have the option to stay that way. We just have to stop being suckered by the political class.

It’s a choice that has to be made on an individual basis….One-at-a-time.

Make a decision never to believe the FEAR peddlers in the political class and you make the whole world a better place. One less person for them to mentally prey upon.

The world would have one less dupe.

That’s a very powerful position for every individual to be in.