In July 2018, four blue states—New York, Connecticut, Maryland, and New Jersey—filed a lawsuit challenging the constitutionality of the cap … 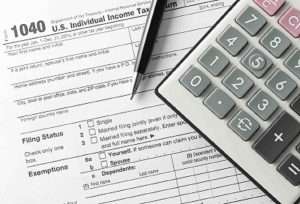 In July 2018, four blue states—New York, Connecticut, Maryland, and New Jersey—filed a lawsuit challenging the constitutionality of the cap  on federal tax deductions for state and local taxes included in the 2017 tax reform act, passed by the then-GOP controlled Congress. Last week, federal district Judge J. Paul Oetken issued a decision ruling against the plaintiffs and dismissing their lawsuit.

The 2017 tax act capped SALT deductions at $ 10,000 for single taxpayers or married ones filing a joint tax return, and $ 5000 for married taxpayers filing separated. The states argued that the cap violated the Tenth Amendment, and also unconstitutionally “coerced” the states. Judge Oetken rejected both claims.Regarding the Tenth Amendment, he had this to say:

The States have cited no constitutional principle that would bar Congress from exercising its otherwise plenary power to impose an income tax without a limitless SALT deduction. In the main, they rely on the notion that the Tenth Amendment preserves states’ “power to tax all property, business, and persons, within their respective limits,” Thomson v. Union Pac. R.R. Co., 76 U.S. 579, 591 (1869), and so bars “improper [federal] interference with the [s]tates’ taxing power”….. Even absent an uncapped SALT deduction, though, states remain free to exercise their tax power however they wish. To be sure, the SALT cap, like any other feature of federal law, makes certain state and local policies more attractive than others as a practical matter. But the bare fact that an otherwise valid federal law necessarily affects the decisional landscape within which states must choose how to exercise their own sovereign authority hardly renders the law an unconstitutional infringement of state power….

He was equally unpersuaded by the “coercion” theory:

Comparing the situation here to the situation the Supreme Court confronted in National Federation of Independent Business v. Sebelius underscores the frailty of the States’ coercion theory. In NFIB, the Supreme Court considered a federal law that threatened to withhold all Medicaid funding from any state that refused to expand its existing Medicaid program in specified ways. See 567 U.S. at 575–76 (plurality opinion). Noting that “Medicaid spending account[ed] for over 20 percent of the average State’s total budget, with federal funds covering 50 to 83 percent of those costs,” and that “States ha[d] developed intricate statutory and administrative regimes over the course of many decades to implement their objectives under existing Medicaid,” id. at 581, the Court held that the law represented an unconstitutional federal effort to coerce the states into adopting the federally desired expansion, id. at 585. But whereas the law at issue in NFIB put a state to the choice of either administering its Medicaid program in the precise way Congress directed or else suffering a “threatened loss of over 10 percent of [its] overall budget,” id. at 582, the SALT cap simply requires the States to either exercise their sovereign powers — howsoever they wish — to avert or assuage the cap’s effects or else suffer the uncertain budgetary effects of doing nothing. If being put to such an open-ended choice is coercion, it will be the rare piece of federal legislation that comports with the Tenth Amendment.

In the end, Congress enacted the SALT cap pursuant to its broad tax powers under Article I, section 8 and the Sixteenth Amendment. The cap, like any federal tax provision, will affect some taxpayers more than others and, by extension, will affect some states more than others. But the cap, again like every other feature of the federal Tax Code, is a part of the landscape of federal law within which states make their decisions as to how they will exercise their own sovereign tax powers. Because the States have failed to plausibly allege that the cap, more so than any other major federal initiative, meaningfully constrains this decision-making process, this Court has no basis for concluding that the SALT cap is unconstitutionally coercive.

I think Judge Oetken is right on both counts, and indeed I offered similar criticisms of this lawsuit when it was first filed:

The problem with [the states’] argument is simple: nothing in the text or original meaning of the Constitution supports it. To the contrary, the Sixteenth Amendment gives Congress a general power to power “to lay and collect taxes on incomes, from whatever source derived.” There is no mandated exemption for income used to pay state or local taxes. There is also no support for the states’ position in Supreme Court precedent, or in the American constitutional tradition more generally.

The states point to various statements by framers and ratifiers of the Sixteenth Amendment indicating that the Amendment was not intended to impinge on the rights and powers of state governments. But none of these statements indicate that the federal government was required to create an exemption for state and local tax payments. The absence of such an exemption in no way diminishes states’ powers to raise their income taxes as high as they want, although it might, of course, increase political resistance to high state tax rates.

Legal arguments aside, I also noted the somewhat strange phenomenon of liberal Democrats  going to the mat to defend a tax exemption that overwhelmingly benefits affluent taxpayers:

[I]t is unfortunate that some progressives are defending a policy that effectively creates a federal subsidy that mostly benefits the wealthiest residents of the wealthiest states. Only those who itemize their tax deductions (as opposed to taking the standard deduction) can even use the SALT deduction at all, and only about 30% of households (mostly affluent ones) did so in 2013. That figure is likely to decline greatly when the 2017 law takes effect, because—among other things—it doubles the standard deduction. The remaining itemizers will be an even more affluent group than the previous ones. Even under pre-2017 law, some 75% of the benefits of the SALT deduction went to households earning over $ 100,000 (median household income was about $ 57,000 in 2016). The states with relatively high state tax rates that get the lion’s share of the benefits from SALT are mostly relatively affluent themselves, compared to other states.

Perversely, the SALT deduction undermines both efficiency and equality at the same time. It effectively creates a federal subsidy for high state and local tax rates, thereby skewing state governments’ incentives. From an equity point of view, the subsidy overwhelmingly helps the wealthiest residents of some of our wealthiest states, thereby shifting a higher percentage of the federal tax burden to poorer people and regions of the country.

If the Republicans created a special tax deduction that benefits wealthy residents of wealthy areas at the expense of the rest of the country, liberal Democrats would (rightly) line up to condemn it. Yet the SALT deduction the blue states seek to restore to its former level does exactly that. The 2017 GOP tax bill has significant flaws, most notably its long-term fiscal irresponsibility. But the Republicans were right to cut the SALT deduction. Indeed, it might have been even better to eliminate it entirely.

I do understand that the four states fear that, absent a robust SALT deduction, high-income taxpayers might migrate to states with lower tax rates. But there are better, less inefficient and regressive, ways for blue states to increase their tax bases.

When it was first filed, this lawsuit achieved the rare distinction—in our polarized times—of attracting scorn from legal commentators across the political spectrum. At the left-wing Think Progress site, Ian Millhiser called it “one of the stupidest lawsuits of the Trump era.” Conservative-leaning tax law scholar Andy Grewal wrote that “[i]f this lawsuit succeeds, I will post a video of myself eating every single page of the Internal Revenue Code, one-by-one.” I was highly critical of the suit myself, though I am no great fan of either the liberal left or the conservative right, these days.

I support many of the lawsuits filed by blue jurisdictions against the federal government, in recent years. But this one is an exception.

Judge Oetken is a liberal Obama appointee. But I doubt the result would have been much different with a conservative judge. Indeed, the plaintiff states probably chose to file the Southern District of New York because they thought the judges there would be more favorable to their case than those in other jurisdictions they could have chosen.

The four states plan to appeal the ruling. It seems highly unlikely that their appeal will succeed, however. But, if I turn out to be wrong and the states do somehow manage to prevail, I am happy to renew my offer to use my SALT Tax deduction savings (I’m part of the small minority of fairly affluent taxpayers who stand to benefit from a victory by the plaintiffs) to buy the four state attorneys general behind the suit a free dinner at any restaurant of their choice.

Professor Grewal would be welcome to join us and eat a serving of Internal Revenue Code. I hear it goes well with Tabasco sauce! I suspect, however, that both my money and Prof. Grewal’s digestion are safe from harm.

The War on Cash Is A War on Liberty — Let’s Stop It!