Spread the love If every police K9 in one of the 50 states is unreliable with respect to random sampling, wouldn’t… 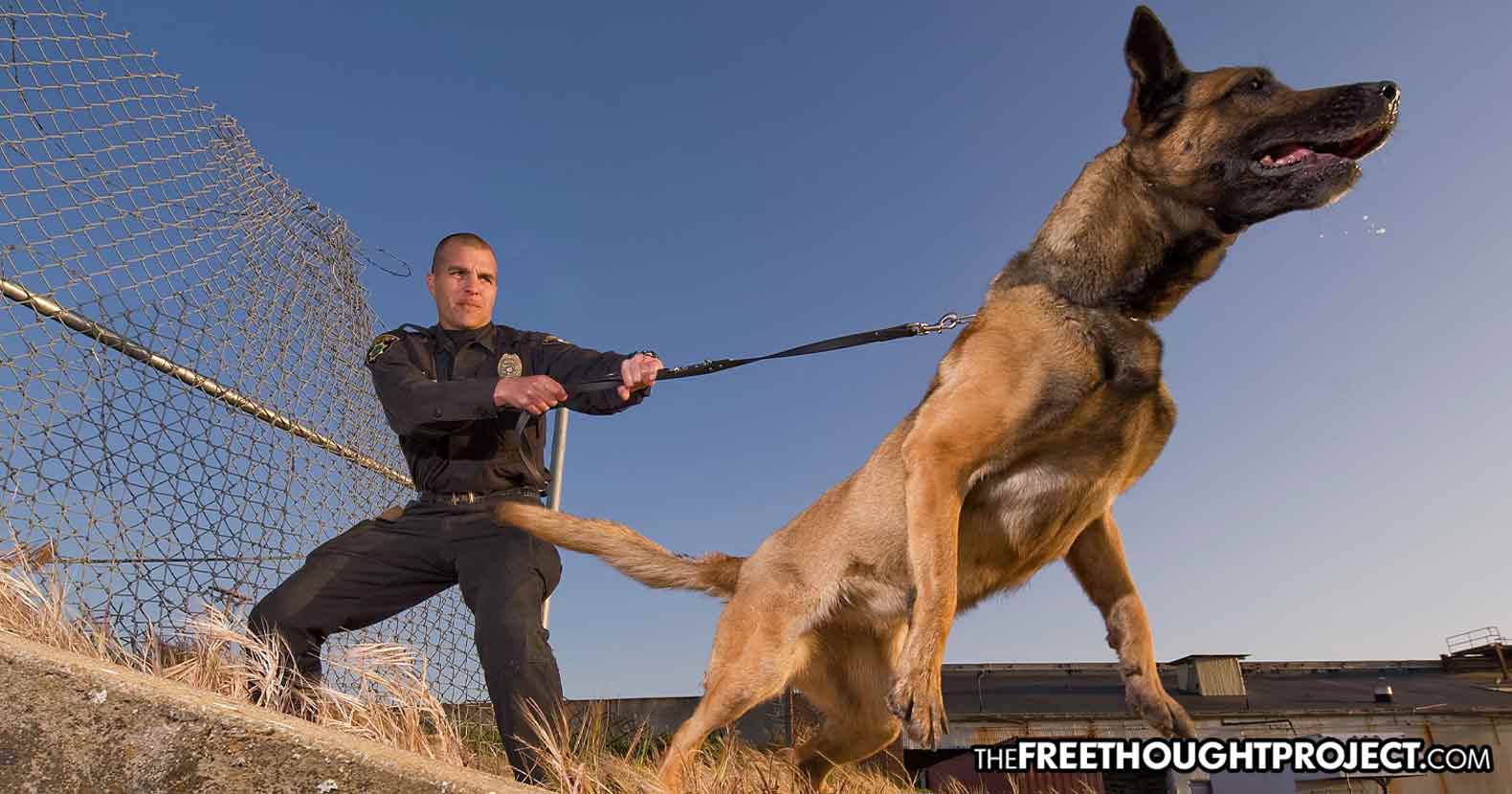 If every police K9 in one of the 50 states is unreliable with respect to random sampling, wouldn’t that mean that all police officer K9s are unreliable? That’s the question police accountability activists are asking today following a federal court ruling which concluded all police K9s in the state of Utah are unreliable.

On February 28, 2019, Desmond Travis Jordan was pulled over for speeding after being observed leaving a home suspected of being a place citizens could buy drugs. A drug dog police K9 was called to the scene. The dog’s name is Tank. Tank’s handler, Officer Clinton Moore, was called to the scene even before probable cause to search the vehicle was established.

Tank and Moore searched Jordan’s car for drugs and Moore told the detective who pulled over Jordan, Det. David Allen, Tank had alerted to the presence of drugs in the car — a tiny bit of marijuana. Jordan was subsequently charged and brought to jail.

In court, Jordan’s defense team called Dr. Mary Cabik as an expert K9 handler witness. Dr. Cabik testified Tank’s training did not include enough blind searches. A blind search is when the handler takes Tank to a search area or scene where it is already known no drugs exist. And no double blind searches were ever conducted in Tank’s training. A double blind test is when Officer Moore doesn’t know how many drugs are present in a test and also doesn’t know if the test does NOT include any drugs at all.

From reviewing Det. Allen’s body camera footage Dr. Cabik concluded Tank simply responded to his handler’s own desire (bias) to find drugs and alerted to the potential presence of drugs not actually doing a conclusive “trained response” whereby the dog may actually stop barking, stay pointed at the general area where drugs are present, and/or lay down among other trained responses.

As a result of Tank’s poor training, Moore’s bias towards accepting a “natural” response over his “trained” one, Jordan’s car was searched and he was found to be in possession of a very small amount of marijuana, a pipe and a firearm. Because he was a felon, he was charged with a felon in possession of a firearm and possession of narcotics.

Fortunately for Jordan, the Utah court concluded Tank’s training was so poor there was no way his “alert” should have been used as probable cause to search his vehicle. The court wrote in its opinion:

Notwithstanding Officer Moore’s testimony, evidence at the Hearing raised serious questions about the sufficiency and veracity of Tank’s training. First, the police training records supported that between July 2018, when Tank was certified, and November 2018, Officer Moore only conducted four narcotics trainings with him. Moreover, from October 20, 2018 through March 1, 2019, a period that enveloped the search of Mr. Jordan’s vehicle, Officer Moore only performed one narcotic training exercises that involved searching an area that did not contain narcotics, compared to 27 “normal” exercises where there were narcotics present to be found.

The U.S. appeals court also concluded Utah’s police K9 training program is flawed at its core because it did not implement double-blind testing. In fact, Moore knew just how many drugs were present during the test so he could simply wait until Tank demonstrated another appropriate cue until all the suspected drugs were located. The court’s ruling was unambiguous to say the least. It reads in part:

[T]he court finds, based on the testimony of Dr. Cablk and the records before it, that Utah POST Training inadequately addresses, and therefore fails to remove the risk of, inadvertent handler bias or cuing. Specifically, Utah POST’s failure to implement double-blind training raises questions as to the independence of its K9s and casts doubt as to whether the K9s are alerting or indicating because they actually detect the odor of narcotics or because they have learned that displaying such action is the best way to please their masters.

The court then called into question all certifications for K9 drug dogs the POST has ever issued. In other words, the court concluded all the dogs certified under POST were held to such a low standard their use cannot be upheld in court.

This doubt is not allayed by Utah POST’s certification process, as the final test that a K9 must pass in order to be certified is not even performed single-blind. As such, the K9’s handler in the exam, who is the same officer who has worked with the K9 for months and has a clear interest in having his K9 be certified, knows exactly how many hides will be present in the exam and can therefore continue to search until the K9 finds them all. Such an examination does not reflect a real-world setting and does not, therefore, indicate that a passing K9 can reliably detect, and communicate his detection of, narcotics in the field.

If POST’s training is indicative of national training standards for all K9s across the United States, none of the so-called “drug dogs” used in police forces can be trusted to do anything more than please their handler so warrantless, lacking in true probable cause, searches can be conducted.

As we previously noted, this ruling in Utah backs up a report by TFTP about a decision from the 7th U.S. Circuit Court of Appeals which found that drugs or no drugs, police K-9 units will alert to your car nearly every single time. Like this decision, the one in 2015 shows that police dog searches are not legitimate and that they are just used as a pretense for officers to violate the rights of innocent people.

We might add, weed is not a drug, has killed no one ever, and is currently legal in some form in well over half of the United States. It’s time to end the mindless drug war which helps only lawyers, courts, and law enforcement agencies make money. It’s a plant folks, a healing one, which should be revered and protected not vilified and maligned. The court has since dismissed the case against Mr. Jordan. Maybe he should move to Colorado or Oregon and become a weed refugee.