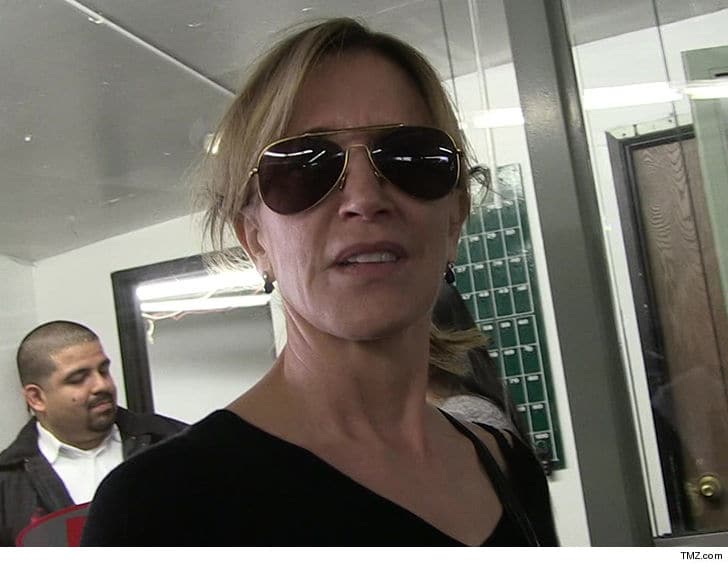 7:58 PM PT — We just got Felicity and Mossimo after posting bail … and it was clear they didn’t want to talk.

5:28 PM PT — Multiple law enforcement sources tell TMZ, Lori Loughlin will turn herself in to federal authorities Wednesday morning. The FBI showed up at her doorstep early Tuesday morning, and she was going to receive the same treatment as Felicity. Turns out, Lori was shooting in Vancouver and wasn’t there. FBI agents arrested her husband in the college bribery scam, and then made arrangements with Lori’s people for her to surrender when she returns to L.A.

Felicity Huffman knew she was a target of the federal investigation into bribery in the college admissions process … but she had no idea 7 feds would show up at her door Tuesday morning with guns drawn.

Sources familiar with the arrest tell TMZ, 7 FBI agents showed up at Felicity’s Hollywood Hills home at 6 AM and drew their weapons as they ordered Felicity to come out and surrender.

We’re told Felicity, her husband William H. Macy and their 2 daughters were asleep when the agents ordered her out. Our sources say she knew the arrest was looming and would have gladly surrendered on her own, but the feds saw it differently. 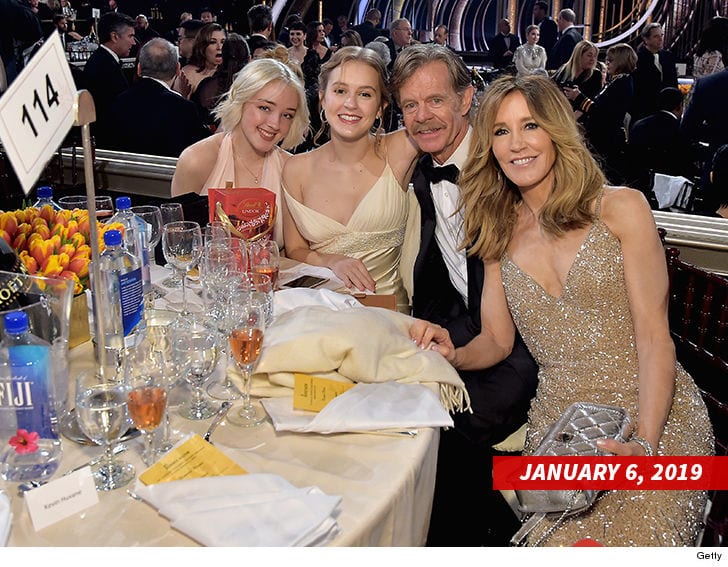 An FBI source familiar with the arrest tells TMZ guns were drawn as a precaution. It’s always left to the agents’ discretion whether to draw a firearm during an arrest.

The agents took Huffman to a federal building where she was processed by federal marshals.

As we reported, Huffman was indicted for conspiracy to commit mail fraud and honest services mail fraud. The indictment claims Huffman made a charitable contribution of $ 15,000 to participate in a college entrance exam cheating scheme on behalf of her eldest daughter. The indictment claims the daughter was given twice the amount of time to take the SAT as other students and the paid proctor agreed to secretly correct her answers afterward.

The docs claim the girl got a 1420 score … approximately 400 points over her PSAT. 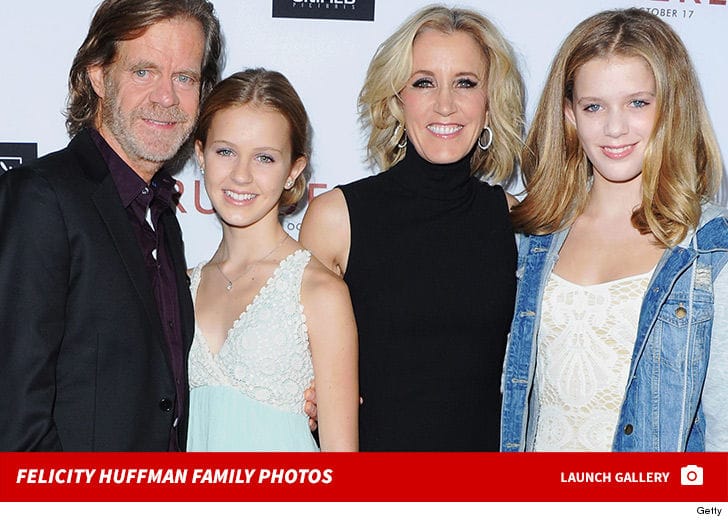