A massive blaze has broken out at a restaurant near the Saudi Arabian embassy in London. Members of the public… 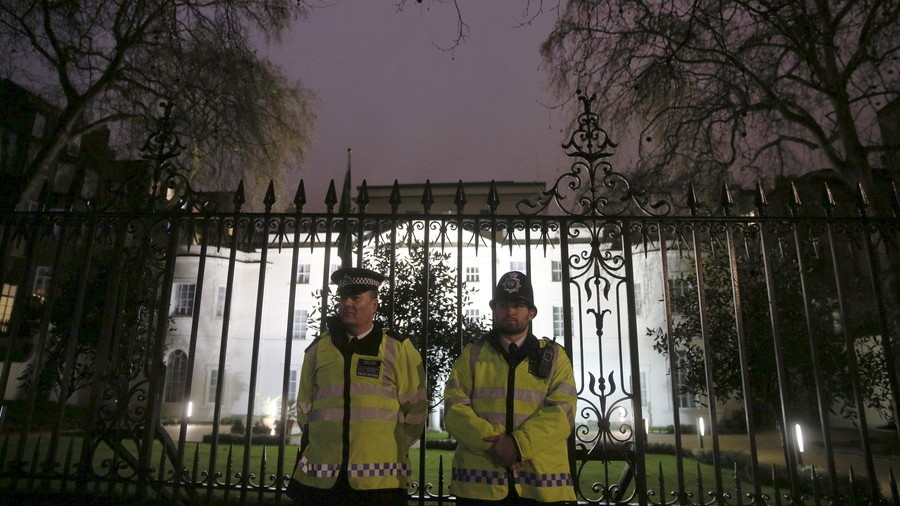 A massive blaze has broken out at a restaurant near the Saudi Arabian embassy in London. Members of the public reported hearing explosions, but the fire brigade could not confirm the reports, according to The Telegraph.

The London Fire Brigade say forty firefighters have been sent to the blaze, in Chesterfield Street, Mayfair, after a 999 call was made at 9.17am on Friday. The fire was under control at 10.47am.

They say the fire is at a restaurant with flats above in Curzon Street in Mayfair – adding “the restaurant’s extraction system from ground to third floor is alight.”

Images posted on social media showed a terraced building adjacent to the Saudi embassy engulfed in flames with the fire brigade tending to it.

London Fire Brigade received 15 calls about the blaze, and sent crews from Chelsea, Lambeth, Soho, and other surrounding fire stations are at the scene. The cause of the fire is not known at this stage.