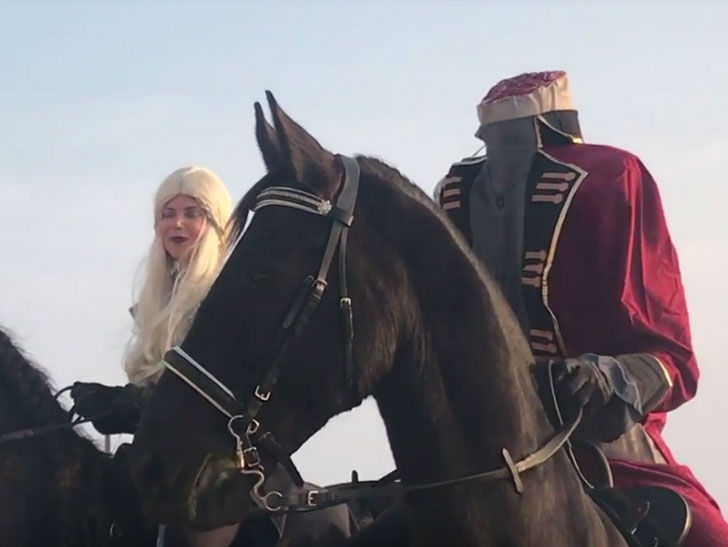 The stars of “Flipping Vegas” got someone flippin’ pissed at their Halloween stunt — riding horses on the beach — and they ended having a run-in with Johnny Law.

Scott and Amie Yancey hit Malibu Tuesday evening on horseback while in costume — Scott was the Headless Horseman, and Amie looked like Daenerys from “Game of Thrones.” As you can see in the video … onlookers at the Sunset Restaurant were in awe, but eventually … the party on hooves was stopped in its tracks.

Scott’s rep tells us cops arrived shortly after the couple trotted their steads down Westward Beach Road and told them they couldn’t ride on the street.

Their costumes must have impressed the officers, because they were merely escorted to the trailers where the horses were stowed. Their show’s been off the air since 2014, but seems like they still have fans in law enforcement — Amie and Scott were allowed to go on their way … on foot.