Former Russian Economy Minister Aleksey Ulyukayev, jailed for 8 years after extorting a $ 2 million bribe, has begun his sentence at a penal colony, the TASS news agency reported on Thursday.

Russian Justice Ministry’s Federal Service for Execution of Punishment, that manages the country’s prison system confirmed the reports but did not disclose the location of his detention.

Ulyukayev was detained in November 2016 on charges of receiving a $ 2 million bribe from the Igor Sechin, the head of Russian state oil firm Rosneft. Investigators found the minister demanded the payment for his support of a positive assessment that would allow Rosneft to complete a deal to purchase the government’s stake in another Russian oil company, Bashneft. 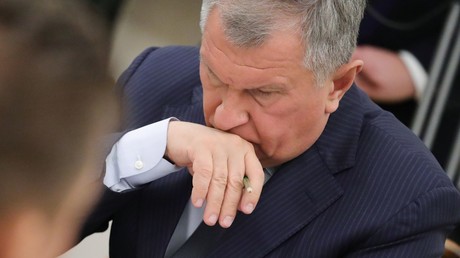 The charges were based on Sechin’s testimony as well as on the evidence of a sting operation, in which Sechin personally handed a bag containing $ 2 million in cash to Ulyukayev, the then-economy minister.

In mid-December 2017 a court in Moscow sentenced Ulyukayev to an eight-year prison term and a fine of over $ 2.2 million. The maximum punishment for the crime that Ulyukayev was charged with is 15 years. In his remarks, the presiding judge said “Ulyukayev acted under a preconceived plan, motivated by personal gain and with full understanding that the process of the privatization of Bashneft depended on his decisions.”

The ex-minister pleaded not guilty at the start of the trial and continued to maintain his innocence up until the announcement of the verdict. After hearing the sentence, Ulyukayev said he considered it unjust.

His defense team confirmed that they would appeal the ruling. On April 12 this year the Moscow City Court upheld Ulyukayev’s fine and prison sentence, but excluded the ban on assuming posts in state agencies and state-run corporations.

Ulyukayev is the first government minister in Russia’s modern history to be found guilty of corruption by a court.