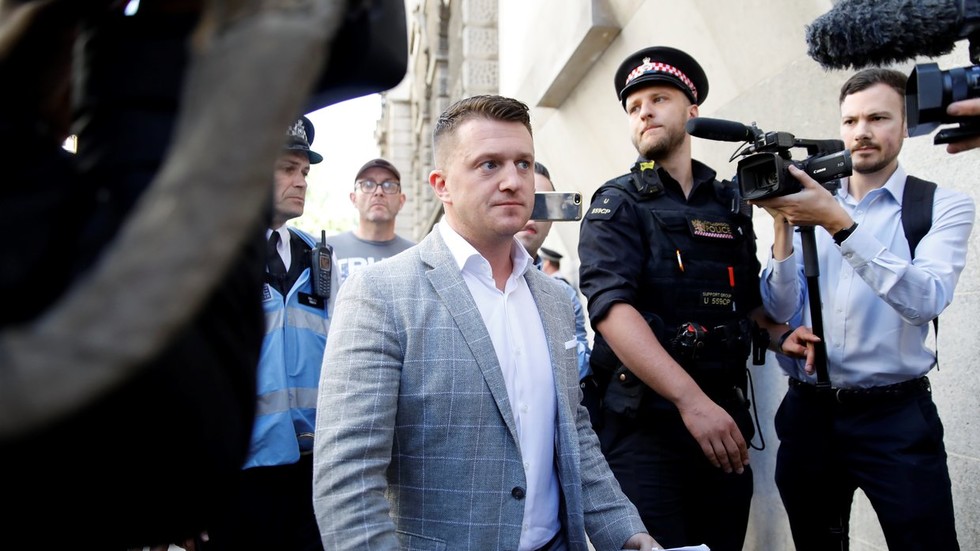 Former English Defence League leader Tommy Robinson has been filmed fighting back tears as he tried to explain how being imprisoned in solitary confinement had affected him, in an interview for a TV documentary on HMP Belmarsh.

Robinson –real name Stephen Yaxley-Lennon– appeared on Ross Kemp’s ITV series ‘Welcome to HMP Belmarsh’ on Thursday night. The documentary gives viewers an insight into one of Britain’s most dangerous prisons, where Robinson was an inmate for nine weeks last year, before being released in September.

During one moment, Kemp’s questions reduced Robinson to tears as he struggled to convey how being in solitary confinement had affected him.

Asked how he was feeling, Robinson fought back tears, responding: “I’d say that my thing is, ‘cause I know I’m going home to my kids and you just wanna be normal.” The 37-year-old is then seen walking away from the camera, before adding: “Yeah, that’s embarrassing.”

However, the controversial figure does manage to open up more about life inside Belmarsh, insisting: “I know what 10 weeks of solitary confinement does.” The claim was ruthlessly slapped down by Kemp.

It’s not solitary confinement, as in terms of the cooler. It’s not a box with nothing in it. You’ve got a TV. You’ve got a kettle.

Robinson was found guilty of contempt over his filming of criminal defendants outside a court and broadcasting the footage online. He was originally sentenced to nine months, but was told in July 2019 that he would only serve 10 weeks in prison, due to time already served for the same offense.

Fellow Belmarsh prisoner Liridon Saliuka, 29, was found dead in his cell on January 2, following a dispute over whether he should have been classified as disabled. He was the third inmate to have died in the jail – which is also where WikiLeaks founder Julian Assange is being held – in less than a year. A fellow inmate was found dead in the notorious London facility in November.

Also on rt.com UK police say inmates’ attack on officers in Whitemoor prison is being treated as ‘a terrorist act’