Spread the love Meigs, GA — The town of Meigs, Georgia made a rather substantial move this month in an… 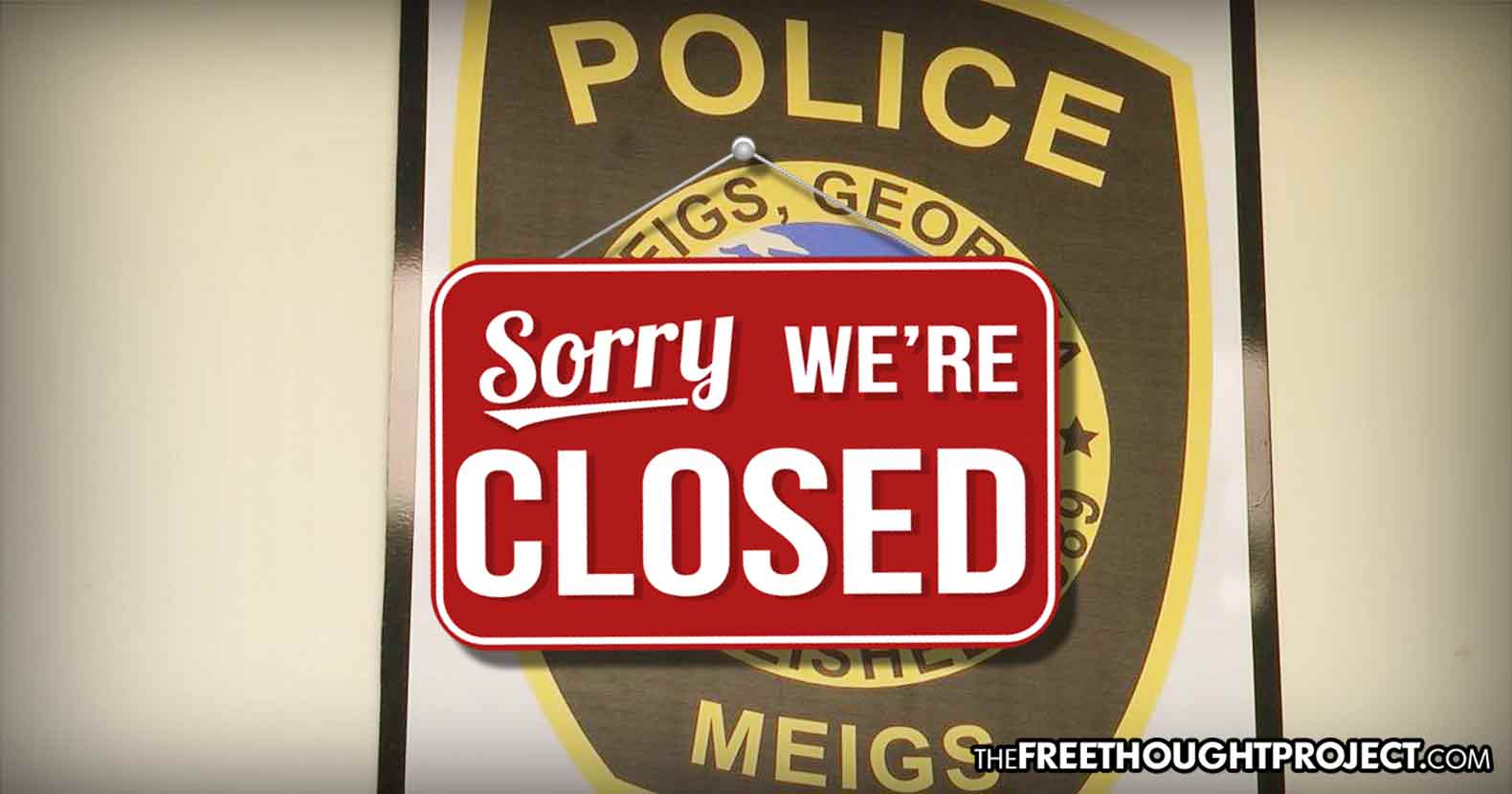 Meigs, GA — The town of Meigs, Georgia made a rather substantial move this month in an attempt to save money,by dissolving the entire police department. The decision to fire all the cops happened on Friday, and amazingly enough, the town has not yet descended into utter chaos. Imagine that.

On Friday, citing budget concerns, the Meigs City Council voted to shut down its police department. As WALB 10 reports, the vote was split with a majority 3-2 electing to shut the Meigs Police Department down, according to Meigs Police Chief Antonio Mango.

According to chief Mango, the mayor of Meigs, Cheryl Walters, was one of the deciding votes for shutting down the department.

Mango claims the council voted to close the department due to budgetary issues. However, he said the city is roughly $ 12,000 under budget for this year. He said the police department should have been the last place to shut down, according to WALB.

However, this was not the case.

The police department now has eight days to vacate the office before the doors are closed for the final time. Rest assured that the citizens of Meigs will be just fine without their police department. As the Free Thought Project has reported numerous times, the idea of a city firing all of its cops is not new and has never resulted in outbreaks of criminal behavior.

The idea that police protect you is a misconception, as they will seldom prevent violence. They normally show up after the violence or crime has been committed and then try and find a culprit, or not. This is not meant to discount the officers who do show up to dangerous situations and prevent harm. However, the overwhelming majority of police interactions do not involve someone being saved.

The average response time to a 9-1-1 call is 10 minutes nationwide; for poor areas, that time quadruples. In some cases, the dispatchers do not even take the caller seriously and the victim ends up dead when a crime could have actually been prevented.

The reality is that police act as revenue collectors for the state and solely exist to enforce the law only.

In a perfect world, police would show up prior to a crime and stop it, or at least during a crime, but this is simply not a reality.

Police in America also do not “protect and serve.” If you doubt this claim simply refer to Warren v. District of Columbia, in which the Supreme Court ruled that the police do not have a constitutional duty to protect a person from harm.

Sure, Meigs, Georgia is a small town and the likelihood of a crime wave bursting on to the scenes is rare regardless of police presence. However, we’ve seen similar situations involving millions. As TFTP reported earlier this month, since Police Commissioner James O’Neill fired the killer cop who choked the life out of Eric Garner on video in 2014, the NYPD has been throwing a temper tantrum. Officer Daniel Pantaleo’s firing sparked a police slow down which lead to a plunge in arrests since August 19th. However, this slowdown in arrests has not led to a spike in violence or crime, illustrating how most of the “policing” done in the US, is little more than revenue generation.

Multiple reports are showing that NYPD police officers are making far fewer arrests in the wake of Pantaleo’s firing, leading some to think it is deliberate. According to the most recent data, since Pantaleo’s arrest, felony arrests are down about 11% and misdemeanor arrests are down about 17% as compared to the daily totals for the rest of the year. Similarly, moving violations and traffic fines fell a whopping 32 percent, according to O’Neil—who stopped short of blaming the decline on his decision to fire the killer cop.

This scenario has happened in New York on more than one occasion too. As TFTP reported, at the end of 2014, the NYPD stopped doing its job after the murder of officers Rafael Ramos and Wenjian Liu and something amazing happened — crime went down.

The Post reported that arrests were down 66% in the week following the deaths of officers Rafael Ramos and Wenjian Liu, compared to the same period in 2013.

For certain offenses, the arrest levels are staggeringly low, according to the numbers put out by the Post.

Summonses for low-level offenses like public drinking and urination also plunged 94 percent — from 4,831 to 300.

Drug arrests by cops assigned to the NYPD’s Organized Crime Control Bureau — which are part of the overall number — dropped by 84 percent, from 382 to 63.

It wasn’t a slowdown — it was a virtual work stoppage. And, in spite of police not writing tickets for jaywalking, arresting people for marijuana possession, and failing to wear their seat belts, the city of New York did not descend into chaos either.