Police have cordoned off a central street in Glasgow, Scotland amid reports of a stabbing attack. Pictures from the scene… 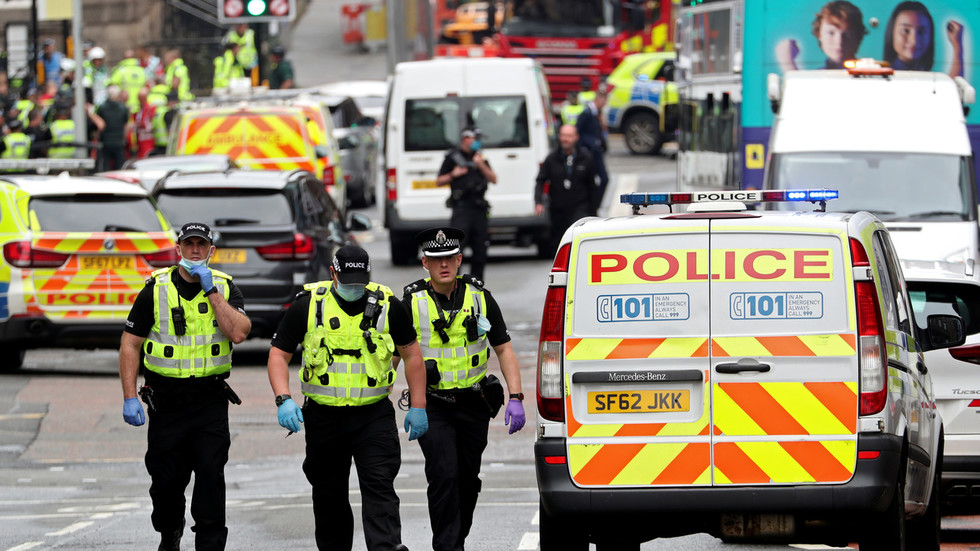 Police have cordoned off a central street in Glasgow, Scotland amid reports of a stabbing attack. Pictures from the scene show police tending to a person lying in blood on the pavement.

There was “loads of screaming and guy is on the ground with blood all over him,” a witness told the Glasgow Times shortly after the incident. He said that the wounded man likely came out of the Premier Inn Hotel.

“The guy’s shoes and a load of blood [are] still on the pavement,” the newspaper quoted a witness. Several police cars and ambulances were rushed at the scene after they received a call about the incident after 12 pm local time.

BREAKING: Emergency services are responding to an incident in Glasgow city centre. A police cordon is in place between Argyle Street and James Watt Street, and a man is receiving treatment at the scene. pic.twitter.com/f0WWxs7J8r

Police confirmed that “a targeted assault” took place, without proving additional details. They said that there is no threat to the public.

A pair of shoes and blood on the pavement outside Traders’ bar on Argyle Street in Glasgow, where police are dealing with an incident this afternoon. It’s reported a man was covered in blood and screaming. #HeartNewspic.twitter.com/mj6xbfW5ss

The incident occurred on Argyle Street, in a busy shopping district. It is not far from Park Inn Hotel, where six people, including a police officer, were wounded in a stabbing spree on Friday. The suspect in that incident, identified by the media as an asylum seeker from Sudan, was shot dead by a police officer at the scene.

Last week, a knifeman killed three people in a park in the town of Reading in southern England. The suspect, a refugee from Libya, is in police custody. He has been charged with murder, and the attack is being investigated as an act of terrorism.