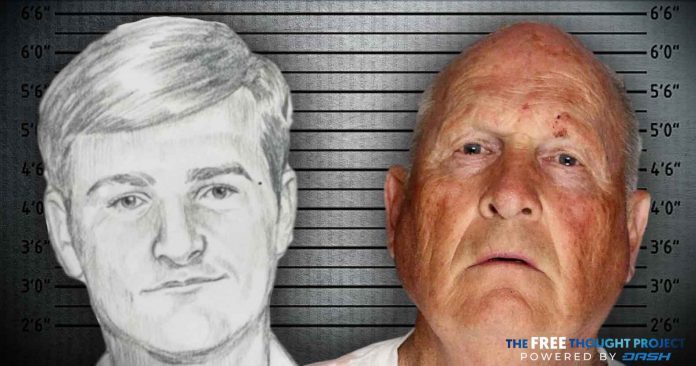 A decades-long search for the “Golden State Killer” may have finally come to an end after police arrested the man they believe was responsible for killing 12 individuals and raping 45 women over the course of many years—and, it turns out he was a cop.

Joseph James DeAngelo, 72, was a police officer in Auburn, California, who was fired after he was caught stealing dog repellent and a hammer. He is now facing a multitude of charges if he is convicted of carrying out the crime spree that shocked the state.

The crime spree began three years before he was fired from being a police officer in 1979. The search was revived in 2016 when Sgt. Paul Belli, a detective with the Sacramento County Police Department, was assigned the decades-old mission to find the Golden State Killer, who was also accused of 150 break-ins.

“This is a time we want to take to acknowledge this serial offender who was probably one of the most prolific, certainly in California, possibly in the United States, but also to let the victims know that we’ll never give up,” Belli said in June 2016.

The Golden State Killer’s crimes usually followed a sick modus operandi where he would break into homes, tie up the husband and place dinner plates on his back and rape the wife, all the while promising to kill the couple if any plate fell and broke.

Often his victims were single women who lived in single-story homes. One victim told investigators he broke into her home days before she was raped and took many of her valuables. He then returned and raped her. Following the rapes, he would call the women to emotionally terrorize them by promising to come back and kill them. The following Youtube video is reportedly the killer promising to come back and kill his victim:

Here is another recording of a victim detailing her attack:

According to a report from SFGate:

“Former Auburn Police Officer Joseph James DeAngelo, 72, was arrested by the Ventura County Sheriff’s Department and booked on two counts of murder into the Sacramento County Jail at 2:30 a.m., according to jail records.”

Also known as the East Area Rapist, DeAngelo is currently being held without bail. The report from SFGate described the scope of his crime spree:

“From May 1976 to 1977, the East Area Rapist was primarily in Rancho Cordova, Citrus Heights, Sacramento, Carmichael and Orangevale. In June and July of 1978, attacks were reported in Davis and Modesto before moving on to the Bay Area and continuing from 1978 to 1979. There were reported attacks in Concord, San Ramon, Danville, Walnut Creek, San Jose, Fremont and Rancho Cordova. In 1986, he was last reported to have killed in Goleta and Irvine areas before disappearing entirely.”

More likely than not, DeAngelo’s prior military experience in the Navy, and his time as a law enforcement officer provided all the cover he needed to carry out his crimes. Here are some photos of the alleged killer as he appeared in the Navy and as an officer: 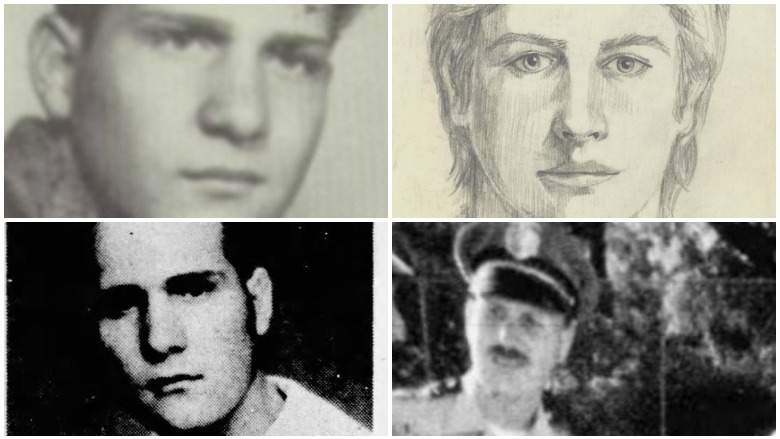 As The Free Thought Project has reported on numerous occasions, police officers are only held accountable for their actions when they are eventually caught in the act of committing a crime. Just as with DeAngelo, criminal charges are rarely filed if at all, leading many to conclude there is a double-standard for police officers as opposed to the rest of the general public.

Had DeAngelo been charged and convicted in 1979 for his crimes, he could have been sentenced to time in prison, which would have taken his ability to rape, terrorize, and murder countless individuals during that time. Those charges never materialized and the criminal was allowed to walk away as a free man.

The case of the Golden State Killer should serve as proof enough that police officers not only need to be held accountable for criminal actions but to an even higher standard. When someone puts on the badge and instantly gains the trust of the American public, they should never be given passes on criminal behavior.

Who knows how many people are still in prison because of one crooked cop? Surely DeAngelo helped put people behind bars, tarnishing their reputations whether they were guilty or not. Defense attorneys will likely be combing through any and all court cases involving the alleged murderous rapist to see if defendants can now be set free. The costs of jailing such individuals must surely be staggering.

Jane Carson-Sandler was the fifth victim of the East Area Rapist on Oct. 5, 1976, when she was raped in her home in Citrus Heights, California. She said she received emails Wednesday from two detectives informing her that they had made an arrest in the case.

“I just found out this morning…I’m overwhelmed with joy. I’ve been crying, sobbing. I just can’t tell you how I feel…After 42 years—wow,” She told the Island Packet.

The following is a short Youtube video the FBI produced describing DeAngelo’s alleged crimes which terrorized much of California: