Google recently announced plans to build a $ 600 million data center in Becker, Minnesota. The project will come at… 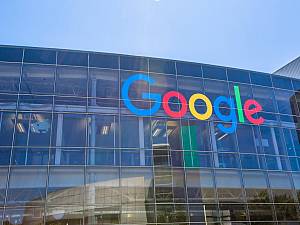 Google recently announced plans to build a $ 600 million data center in Becker, Minnesota. The project will come at a cost, though, as the tech behemoth is seeking $ 15 million in tax breaks.

“This will generate a lot of local economic activity that will benefit not only the city and the county, but also the state and the region,” Sherburne County Administrator Steve Taylor tells Minnesota Public Radio.

The development drew a chorus of cheers from sustainable energy advocates and from local politicians, as Google would rely on renewable sources of power and create jobs. The latter feels especially urgent in the area, since two generating units at Xcel Energy’s Sherburne County Generating Plant are slated to shut down within the next seven years. Affectionately known as Sherco, the power plant has been a driving force in the community’s economic success.

Sherco currently produces 75 percent of the town’s tax revenue. Its successor, by contrast, will potentially pay nothing in city or county taxes for two decades.

Google is promising to bring 50 full-time positions to the area. The company also projects that it will create 2,300 jobs during the 18–24 month construction window—a far shorter period than the 20 years of tax relief they’re requesting. After construction wraps, with 18 remaining years of tax abatement, there will be a $ 270,000 tax shortfall for every full-time position created.

And the deal might not be limited to tax breaks. State Sen. Andrew Mathews (R–Milaca) and state Rep. Shane Mekeland (R–Clear Lake) recently introduced a bill to provide an additional $ 20.1 million in state bonds to give the Becker Business Park—where the data center would be built—a facelift.

Google certainly isn’t the first to leverage its star power this way. Most recently, Amazon made headlines for landing a jaw-dropping $ 2 billion in tax credits and other inducements for promising to set up shop in New York and Virginia. They’ve since pulled their location in Queens after facing opposition from local politicians, but they’re still poised to receive $ 573 million in tax breaks from the Commonwealth.

Such incentives are typically justified by politicians as a crucial way to stimulate the economy. But do they even have the intended effect? Not so, according to a recent study by Timothy Bartik from the W.E. Upjohn Institute for Employment Research.

“Incentives do not have a large correlation with a state’s current or past unemployment or income levels or with future economic growth,” Bartik writes. He notes that governments often fail to evaluate a company’s impact—how many jobs it creates, how many investments it draws, etc.—but instead give the money uncritically. That can actually have a counterintuitive effect on productivity: Some businesses that receive incentives end up creating jobs at a slower rate than those without, because the subsidized companies are very rarely held to account.

Such businesses consider a multitude of reasons when picking a location, none of which usually pertain to promised incentives. As Richard Florida writes at CityLab, “companies typically select locations based on factors such as workforce, proximity to markets, and access to qualified suppliers”—and then a request for tax breaks follows.

That certainly seems to have been the case with Amazon, who received higher incentive offers from New Jersey (a total of $ 7 billion) and Maryland (a staggering $ 8.5 billion) but opted for Queens and Northern Virginia instead. A smaller payoff, yes—but perhaps those two areas offered more of what they needed. They’re both parts of thriving metroplexes that have the infrastructure and the highly educated workers the company requires.

Google has much in common with Amazon in that regard. While Becker is no budding metropolis, the town’s access to renewable energy suits the tech giant well. As Xcel shifts away from coal, it has offered to supply Google with dedicated wind energy—an alluring offer, as the company will need to power the 375,000 square foot data center for 24 hours, 365 days a year.

When Sherco shuts down its two generators, Google’s presence could certainly help turn things around. But 20 years of tax favoritism will only serve to make a poor community even poorer.

Finally! MSM Outlets Call For Charges Against Assange To Be Dropped

Inflation To Get Much Worse! Courtesy of The “Inflation Reduction Act”