Oscar host Jimmy Kimmel is being branded a hypocrite after comments made during his time on ‘The Man Show’ resurfaced,… 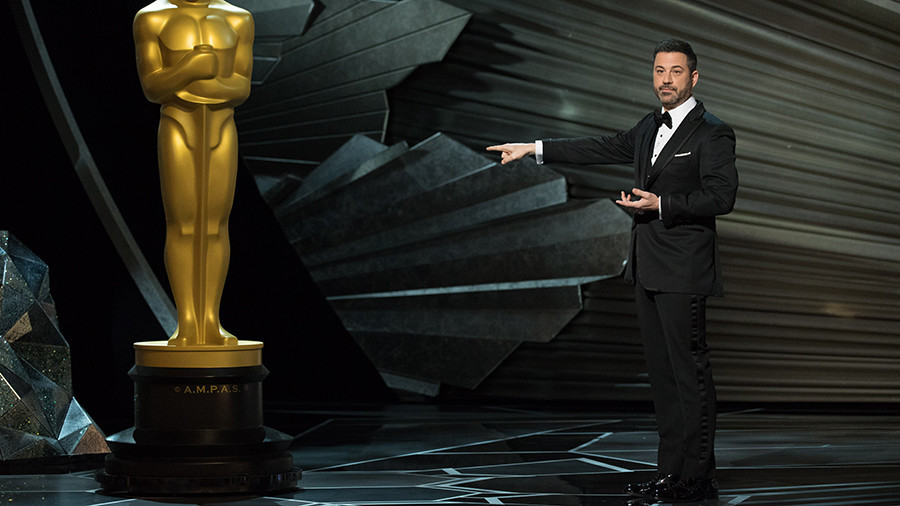 Oscar host Jimmy Kimmel is being branded a hypocrite after comments made during his time on ‘The Man Show’ resurfaced, lighting up social media. His attack on Hollywood sexism during Sunday’s award ceremony had been widely hailed.

During his awards hosting performance, Kimmel turned the spotlight on tarnished filmmaker Harvey Weinstein and Hollywood’s apparent culture of abuse and harassment. The Oscar, he quipped, is “the most respected, beloved man in Hollywood,” because he “keeps his hands where you can see them, never says a rude word, and most importantly, no penis at all.”

While the late night host received numerous plaudits for his comments, many others labelled him a hypocrite for his work on a sexually charged show called The Man Show, which he co-hosted from 1999 to 2003. The program was known for its Juggy Dance Squad and “Girls on Trampolines” segment.

Jimmy Kimmel rose to fame after joking relentlessly about objectifying women. What a hypocritical, arrogant sellout.

Please post all the videos where he harassed women for a “laugh” in the thread. https://t.co/HMDiGfNe7c

Yet, others also stood up for Kimmel saying that, unlike the allegations swirling around Hollywood, everything that happened on the show was consensual.

Uh yeah. He’s a comedian and this is where he came from. This is the same guy. And he earned every second of his success because people find (and found) him funny. It’s not like this is from some deleted archive. It’s the well documented past.

There’s Plenty of Evidence That Donald Trump Has Sought to Block the Russia Investigation, But it Will Take More Than That to Bring Him Down