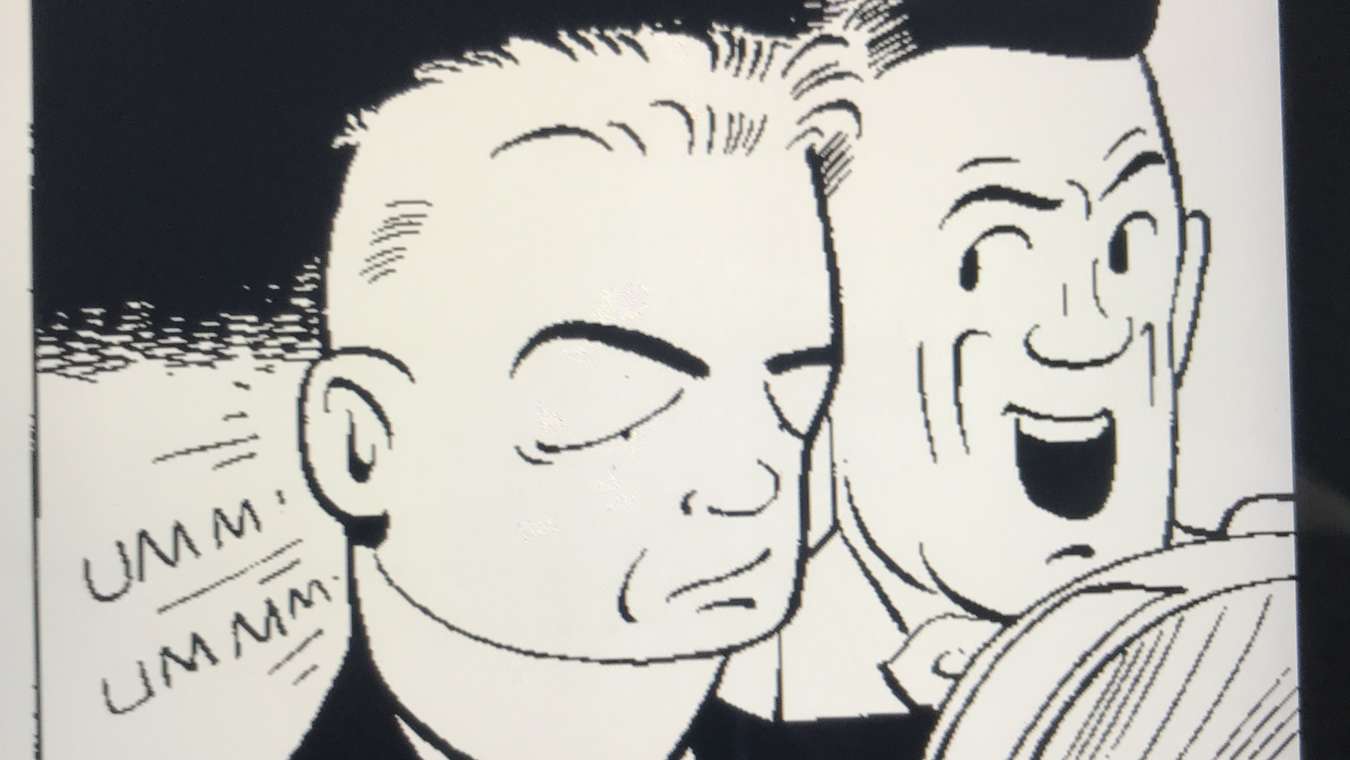 Mumbles was formerly the guitar player of the band “Mumbles Quartet.” Mumbles and his band booked ritzy parties, and would rob their hosts after the performance. After being ratted out by his vocalist, Kiss Andtel, he somehow escaped on a boat which was rigged with a bomb to explode with his companions on board, while he kept the full amount of $ 60,000 in stolen cash. It was thought that Mumbles was killed, but because he seemed to have gills, he survived with the cash.

Harry: “What the f**k is this guy talking about?”

As has become normal for well connected criminals, Mumbles would re-establish himself as a sports reporter in Manchester. Thanks to the services of Mr. Kleen, a lawyer working for The Apparatus, Mumbles became the assigned reporter for Manchester United.

Slim: “He could go all the way to the top of his profession. A natural.”

Dirty: “Yo, Dude. Reminds me of Howard Cosell with his enunciation.”

Royal baby to blame for literally everything, says internet|Humor