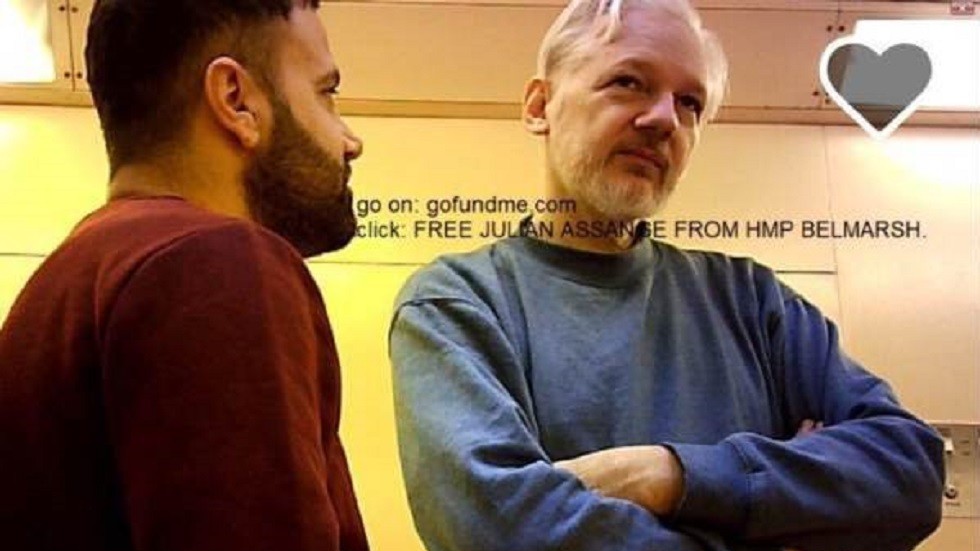 A fellow inmate of Julian Assange has released photos showing the WikiLeaks co-founder having lost considerable weight while inside Belmarsh prison, claiming that he wants “people to know why exactly the USA wants him.”

The Gateway Pundit, an American far-right news outlet, claims to have obtained the images and testimony of an inmate who resides in Belmarsh maximum security prison. The prisoner, who reportedly wishes to remain anonymous, says he used a contraband phone to take pictures of Assange.

I want his case to be understood fully, in detail… I want people to know why exactly the USA wants him and what good he has done for the world.

The Gateway Pundit’s reporter, Cassandra Banks, who claims to have been exchanging messages with the inmate in question on Wednesday night, says they have decided not to share images that may violate his privacy, such as his cell conditions.

According to Banks, these photos reveal “a thin blue mattress within a scarce and very small cell.”

Banks says she challenged the inmate on his motivation for releasing the pictures and providing his testimony on Assange and whether this was a way to extort money from her news company.

He exposed the biggest scandals in the world. Whose side do you think someone in prison would be on? The government who have us locked up in here or a fellow prisoner who actually doesn’t deserve to be here?

The photos show a thin Assange, who seems to have lost an enormous amount of weight since entering Belmarsh in April, engaging in conversation with a fellow inmate.

Everyone’s got a million questions for him — like ‘is the illuminati real?’ He’s probably heard that question a million times.

Australia’s Courier Mail newspaper reports that Assange is receiving medical treatment at the prison, due to ill-health.

Assange’s father John Shipton said that doctors had been called in at short notice. He said: “My visit was double booked, it has been cancelled. (The doctor’s visit) must be at short notice because a double booking occurred.”

Last month Assange’s health deteriorated so much that a doctor was reportedly called at short notice to administer medical treatment at the prison.

Earlier this week, a Swedish court rejected a prosecutor’s request to detain Assange in absentia over outstanding rape allegations. The case was reopened after the WikiLeaks co-founder was hauled from London’s Ecuadorian Embassy.

The United States introduced 17 indictments against Assange in late May, charging him under the WWI-era Espionage Act for his work with whistleblower Chelsea Manning. He faces a sentence of up to 170 years in prison if found guilty.

The UK is currently reviewing extradition requests from both the US and Sweden, but has yet to determine where Assange will go after his 50-week prison sentence in Britain.

Also on rt.com ‘I would not stand in the way of Assange’s extradition’ – UK Foreign Secretary Hunt

US election: Joe Biden pushes forward with plans for office