Hillary Clinton has ruled out a second US presidential run in 2020. “I’m not running, but I’m going to keep… 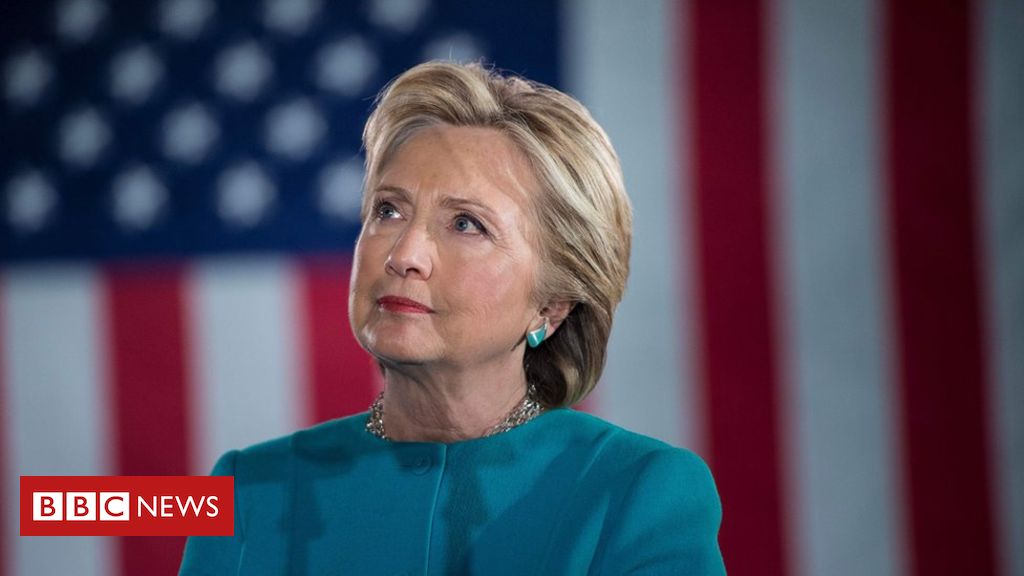 Hillary Clinton has ruled out a second US presidential run in 2020.

“I’m not running, but I’m going to keep on working and speaking and standing up for what I believe,” Mrs Clinton told New York’s News 12 TV channel.

As the Democratic candidate in 2016, Mrs Clinton was widely expected to become the first female US president, before a shock defeat by Mr Trump.

Asked by News 12 if she would run again for any public office in future, she said: “I don’t think so.”

The interview is the first time Mrs Clinton has definitively rebutted speculation that she might take on Mr Trump again in 2020.

She said she had spoken to some of the declared 2020 Democratic candidates. “I’ve told every one of them, don’t take anything for granted,” she said.

Mrs Clinton was the first female presidential nominee for a major US party in the nation’s history. Her ascension to the top office was widely seen as all but guaranteed, but she was dogged by accusations of being overly reliant on wealthy donors, too close to Wall Street and out of touch with younger voters.

She was relentlessly pilloried by Mr Trump, who goaded crowds on the campaign trail to chant “Lock her up”.

Her defeat prompted a period of soul-searching for the Democratic Party, which is now gearing up for a wide-open primary contest that has already seen more than 10 contenders announce a run.

Vermont senator and 2016 Democrat primary runner-up Bernie Sanders is the latest Democrat to throw his hat in the ring. Mr Sanders’ name recognition and base of support among the party’s left has catapulted him towards the front of the pack.

He joins Massachusetts Senator Elizabeth Warren, who was the first big name to declare a run, as well as New Jersey Senator Cory Booker and California Senator Kamala Harris.

Some of the most talked-about names are yet to declare their intentions. The former vice-president, Joe Biden, is considering a run. He enjoys the best name recognition in the country, and analysts say he would leapfrog other candidates to the top of early polling were he to enter the race.

Beto O’Rourke, a former congressman from Texas who drew national attention when he ran an unexpectedly close Senate race against Republican incumbent Ted Cruz, has kept fans and potential donors waiting as he weighs his options.

Mr O’Rourke ran an unconventional campaign for the Senate, posting unvarnished social media updates as he drove through all 254 counties in the state, fuelled by millions in small-dollar donations.

Hillary Clinton has ruled out a second presidential run against Donald Trump. So who is vying for the Democratic nomination?

Find out who is already running and who might join them.