THE Bralima brewery in Kinshasa, the capital of the Democratic Republic of Congo (DRC), is an island of modernity in… 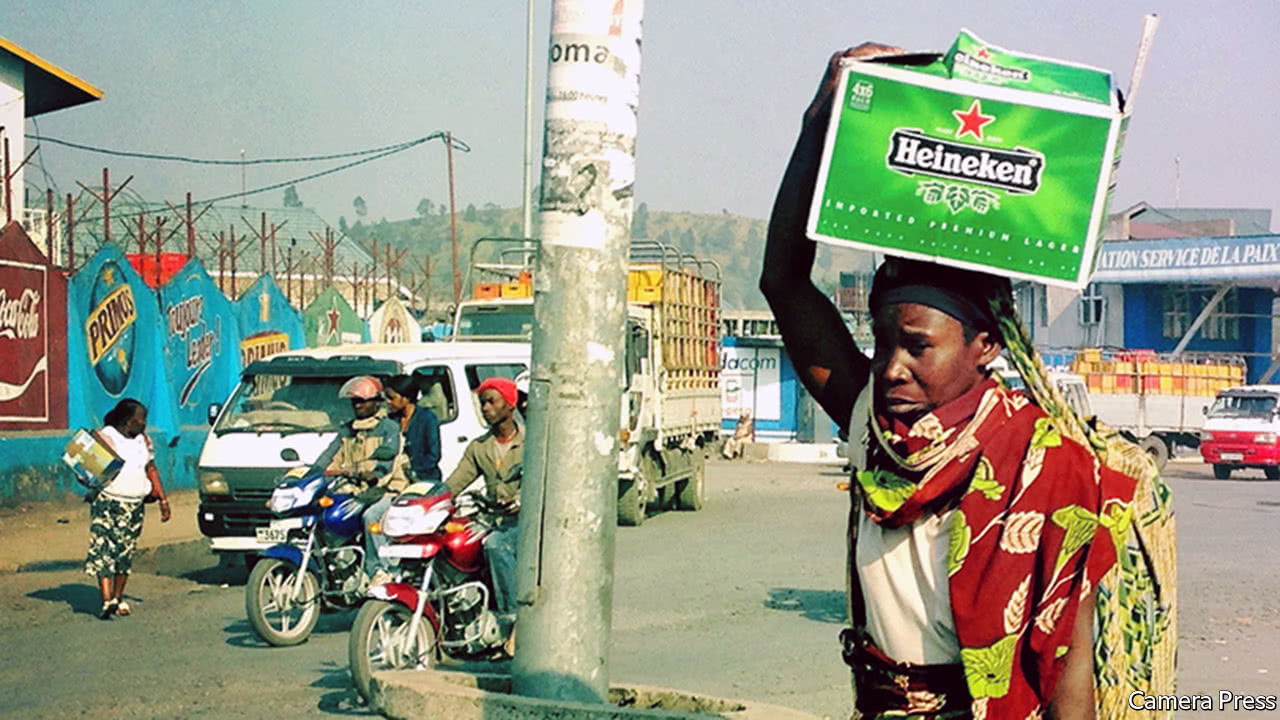 THE Bralima brewery in Kinshasa, the capital of the Democratic Republic of Congo (DRC), is an island of modernity in a city where chaos is the norm. Inside a building near the docks where barges begin the journey up the Congo river, conveyor belts rattle as thousands of glass bottles are washed and filled with amber liquid. A generator hums to power the new brewing machinery, creating enough booze to fill 28,000 crates every two days.

Yet the real achievement of Bralima, which is owned by Heineken, a Dutch brewer, is not making the beer. It is what happens when it leaves the factory. Congo is one of the worst-connected, most dysfunctional countries on Earth. Four times the size of France, it has almost no all-weather roads. In large parts of eastern DRC, the state is a fiction and rebels control the roads. Yet there is scarcely a village where it is impossible to get a beer.

Bralima was founded in 1923. Its main competitors, Bracongo and Brasimba, both owned by Castel, a…Continue reading

Tesla shares have surged on hope of inclusion in the S&P 500. But does being added to an index help a stock?

CityWatch: New York City to set up COVID checkpoints at bridges and tunnels

Key Words: Why did Simone Biles withdraw? Let’s look at why she’s at the Tokyo Olympics in the first place

The Wall Street Journal: Sweden is forging its own pandemic path with most of the Western world under stay-at-home orders

Gulliver’s most popular posts on the world of travel

Outside the Box: This is where older Americans find the most happiness

Market Snapshot: Home prices could cool when the Fed tapers its bond-buying program. But a crisis? Unlikely