April is both National Poetry Month and Mathematics and Statistics Awareness Month, so a few years ago science writer Stephen… 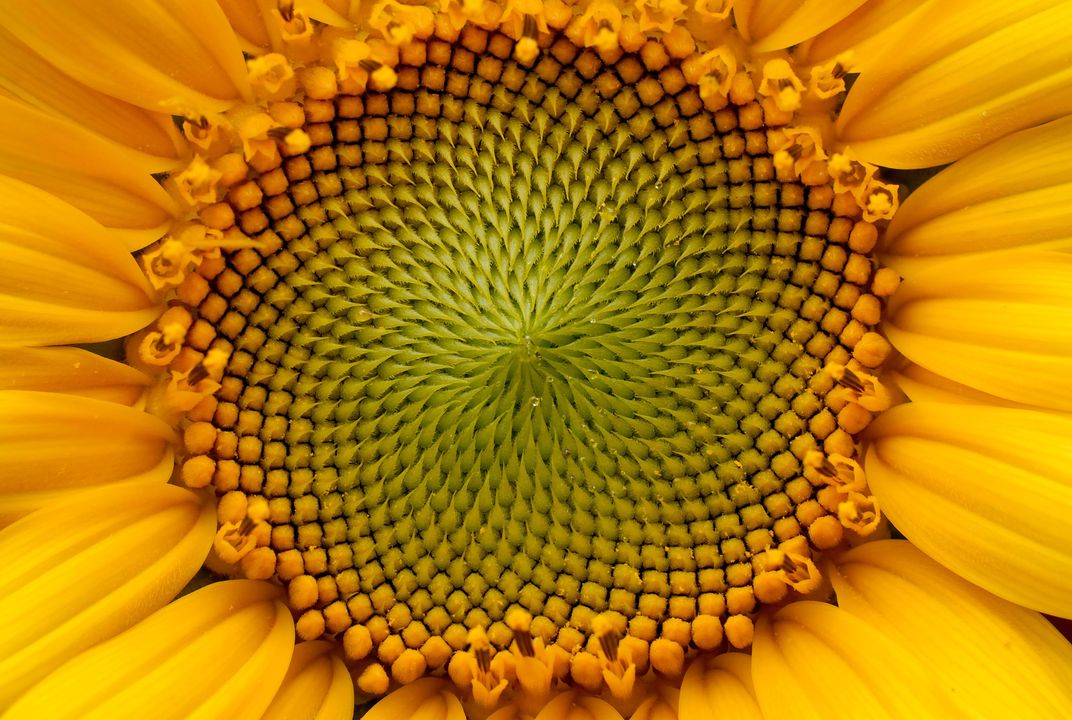 April is both National Poetry Month and Mathematics and Statistics Awareness Month, so a few years ago science writer Stephen Ornes dubbed it Math Poetry Month. If the words “math” and “poetry” don’t intuitively make sense to you as a pair, poet and mathematician JoAnne Growney’s blog Intersections—Poetry with Mathematics is a perfect place to start expanding your math-poetic horizons. The blog includes a broad range of poems with mathematical themes or built using mathematical rules.

I prove a theorem and the house expands:
the windows jerk free to hover near the ceiling,
the ceiling floats away with a sigh.

—from “Geometry” by Rita Dove

Or “In Praise of Fractals” by Emily Grosholz, published in The Stars of Earth: New and Selected Poems (2017, Word Galaxy Press):

Euclid’s geometry cannot describe,
nor Apollonius’, the shape of mountains,
puddles, clouds, peninsulas or trees.
Clouds are never spheres,
nor mountains cones, nor Ponderosa pines;
bark is not smooth; and where the land and sea
so variously lie about each other
and lightly kiss, is no hyperbola.

Compared with Euclid’s elementary forms,
Nature, loosening her hair, exhibits patterns
(sweetly disarrayed, afloat, uncombed)
not simply of a higher degree n
but rather of an altogether different
level of complexity:
the number of the scales of distances
describing her is almost infinite.

—from “In Praise of Fractals” by Emily Grosholz

Growney casts a wide net on her blog, which begins with the words: “Mathematical language can heighten the imagery of a poem; mathematical structure can deepen its effect.” Some poems she features, like “Geometry,” use mathematical themes or images; some are by mathematicians or math students. Growney has also gotten interested in the mathematics of poetic forms and poetic forms that employ mathematics.

Of course, sonnets and haiku are famous for employing strict counts on lines and syllables. But she is also interested in newer forms, often inspired by the constrained writing exercises of the French Oulipo group, which was founded by mathematicians and poets.

One such form is the “Fib,” a type of poem based on the Fibonacci sequence in math. The Fibonacci sequence starts 1, 1, 2, 3, 5, 8, and so on; each term (after the first two) is the sum of the two terms before it. In a Fib poem, the first line has one syllable, the second one syllable, the third two, the fourth three, and so on. Growney, a retired math professor who sometimes teaches writing workshops, says a limited form like the Fib can help beginning poets who are having trouble starting.

Kiss
me
again
tongue and lips
like Fibonacci’s
sequence, each movement a spiral,
enfold, unfold, a working through and against, again.

—from “Fibonacci Poems” by Athena Kildegaard, published in Rare Momentum

Growney grew up wanting to be a writer. “I read Little Women as a girl, and maybe it was partly the name connection, but I thought that I wanted to be a writer like Jo.” She was also good at math, though, and ended up with a scholarship to study it in college. She stuck with it and earned her Ph.D. in 1970 at the University of Oklahoma. During her career as a math professor, her interest in writing continued. She took poetry classes at a nearby college when she could, discovered the math poetry anthology Against Infinity while doing a sabbatical project about mathematics and the arts, and started to see her feelings about mathematics echoed in poetry.

Mathematics and poetry, Growney says, are both “formats that can convey multiple meanings.” In mathematics, a single object or idea might take different forms. A quadratic equation, for example, can be understood in terms of its algebraic expression, perhaps y=x2+3x-7, or in terms of its graph, a parabola. Henri Poincaré, a French polymath who laid the foundations of two different fields of mathematics in the early 1900s, described mathematics as “the art of giving the same name to different things.”

Likewise, poets create layers of meaning by utilizing words and images that have multiple interpretations and associations. Both mathematicians and poets strive for economy and precision, selecting exactly the words they need to convey their meaning.

These features of mathematics and poetry can make them daunting and frustrating for students. “If a student sees only one meaning and the intent is to exploit another meaning, it seems manipulative or unfair,” says Growney. But Growney’s approach to poetry can also inform our attitude towards unfamiliar mathematics. “A rule I use for poetry is you first of all read it through once without worrying about understanding,” she says. “If there’s something you like about it, read it again. Give yourself ten readings before you say you don’t understand it.”

As a professor, she used poetry in her mathematics classes to help students to connect emotionally to mathematics, learn a little bit about the history of what they were doing in class, and think of mathematics as a shared human experience. Now that she is retired, she is still active in the math poetry world, often participating in poetry events at the annual Joint Mathematics Meetings, the largest math conference in the U.S., and the Bridges conference on mathematics and the arts.

My favorite of her poems is “My Dance Is Mathematics,” about Emmy Noether and women in mathematics. The poem begins with a with a poetic foreward that mathematician Hermann Weyl used to eulogize the great mathematician when she died in 1935:

Down, down, down into the darkness of the grave
Gently they go, the beautiful, the tender, the kind;
Quietly they go, the intelligent, the witty, the brave.
I know. But I do not approve. And I am not resigned.

From “Dirge without Music” by Edna St Vincent Millay; offered
by Hermann Weyl in a Memorial Address for Amalie “Emmy” Noether
on April 26, 1935 at Bryn Mawr College.

They called you der Noether, as if mathematics
was only for men. In 1964, nearly thirty years
past your death, I saw you in a spotlight
in a World’s Fair mural, “Men of Modern Mathematics.”

Colleagues praised your brilliance–but after
they had called you fat and plain, rough and loud.
Some mentioned kindness and good humor
though none, in your lifetime, admitted it was you
who led the way in axiomatic algebra.
Direct and courageous, lacking self-concern,
elegant of mind, a poet of logical ideas.

At a party when you were eight years old,
you spoke up to solve a hard math puzzle.
Fearless, you set yourself apart.

I followed you and saw you choose
between mathematics and other romance.
For women only, this exclusive standard.

I heard fathers say, “Dance with Emmy–
just once, early in the evening. Old Max
is my friend; his daughter likes to dance.”

If a woman’s dance is mathematics,
she dances alone.

Mothers said, “Don’t tease. That strange one’s heart
is kind. She helps her mother with the house
and cannot help her curious mind.”

Teachers said, “She’s smart but stubborn,
contentious and loud, a theory builder
not persuaded by our ideas.”

Students said, “She’s hard to follow, bores me.”
A few stood firm and built new algebras
on her exacting formulations.

In spite of Emmy’s talents,
always there were reasons
not to give her rank
or permanent employment.
She’s a pacifist, a woman.
She’s a woman and a Jew.
Her abstract thinking
is female and abstruse.

Today, history books proclaim that Noether
is the greatest mathematician
her sex has produced. They say she was good
for a woman.

—“My Dance Is Mathematics” by JoAnne Growney

When Growney started her math poetry blog, she thought she had about a year’s worth of material. Since then, far from dancing alone, she has made connections with poets and mathematicians around the world, finding more and more to share. Eight years and almost 900 posts later, she says, “I have more than I started with.”

I Have Studied Child Protective Services for Decades. It Needs to Be Abolished.

For Hundreds of Years, Papier-Mâché Has Lent a Surreal Face to Catalan Culture

Yes, You Can Go Sandboarding in the Namib Desert

Does Gail Ritchey Belong in Prison?

Her Husband Was in Jail When Ida Hit. She Hasn’t Heard From Him Since.

Minneapolis Just Gave Some Coronavirus Relief Money to the Police