Defence Secretary Gavin Williamson has not given up on squeezing the treasury for more defense spending, with reports suggesting he…

Defence Secretary Gavin Williamson has not given up on squeezing the treasury for more defense spending, with reports suggesting he has at least 50 MPs willing to vote against the government if he fails to get his way.

The threat of a parliamentary putsch comes after reports in the Mail on Sunday that Williamson had threatened to bring down Prime Minister Theresa May’s government if he didn’t secure more funds for the MoD.

That number of willing Tory rebels could be as high as 70, one senior Conservative MP, and close ally of Williamson, told The Times, adding that they would be holding fire until MPs got a glimpse of the MoD’s snapshot of its defense spending plans, which is expected to be unveiled in the next two weeks. 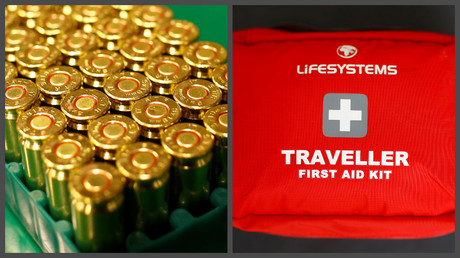 According to the report, he had previously bragged to defense chiefs upon taking over the position last November that: “I made her – I can break her,” a reference to his former role as chief whip of the party.

Williamson is currently at loggerheads with the prime minister and treasury over funding for his department, which faces a potential £20.5 billion (US$ 27.1 billion) funding shortage for its current procurement and modernization plans.

A mini review of these modernization plans was expected to be agreed upon by the government already, ahead of being published in July, but this has now been rolled back to the early autumn.

Instead, “headline conclusions” of the modernizing plan will be unveiled by May at the upcoming NATO summit in Brussels, a meeting where it is expected that US President Donald Trump will pressure fellow members of the alliance to up their defense spending to at least two percent of GDP.

Williamson parroted Trump’s demands for European allies to take on greater financial responsibility for their defense in The Times last week, following news of a tense meeting with the prime minister and chancellor where he was told that no more additional funds would be made available for defense. Instead, May is favoring a £20.5 billion investment in the NHS.

According to the current MoD procurement plans, it needs an additional £2 billion per year for the next 10 years in order to keep up with current equipment procurement. But that figure is deemed too low as it would not have any room for embracing new technologies and modernizing ageing weaponry.

MPs from the Defence Select Committee have already given their backing to Williamson’s calls for more funds. A recent report published by the group recommend the upping of defense spending to three percent of GDP or £17 billion.

While it remains to be seen if the threat of bringing down the government – it has a majority of just 13 MPs – will see May release more funds to see her through to Brexit Day 2019, such a move could see Labour’s Jeremy Corbyn move into No. 10 and Nia Griffith MP take over from Williamson.

If elected into government, Labour have proposed radical changes to defense spending in the department such as halting the mass outsourcing of MoD contracts for the provision of services including housing, fire, and rescue to companies such as Capita.