A grandmother in Georgia says she simply refused to give up and die when suddenly attacked by a rabies-stricken bobcat in her front yard, instead battling the creature to the death with her bare hands.

DeDe Phillips was working outside her home in rural Hart County when the large feline suddenly struck. 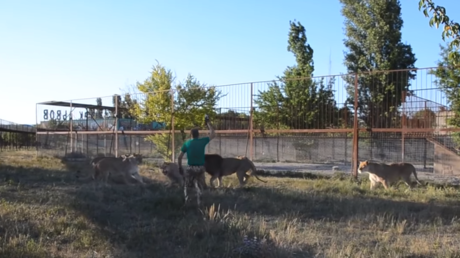 “I thought, ‘not today’. There was no way I was going to die,” she told the Athens Banner-Herald, explaining that adrenaline kicked in when she was suddenly thrust into the life-and-death struggle.

The daughter-in-law of a bobcat trapper, Phillips knew what she had to do to protect herself, and grabbed the creature’s throat, tackling it to the ground and eventually strangling it. She didn’t call out for help until she thought the big cat was dead as she didn’t want her young granddaughter to venture out into the vicinity of the wildcat.

Phillips held on to the animal until her son showed up and stabbed it, “but it never budged so I knew it was completely dead,” she said.

The courageous grandmother didn’t escape the attack unscathed, however, and is now recovering from a broken finger and several bite and claw wounds to her hands, arms, chest and legs.

She is also undergoing treatment for rabies after the bobcat tested positive for the deadly virus.

The Hart County Sheriff’s Office confirmed that deputies responded to an incident involving a bobcat attack last week, adding that the animal also had stab wounds.