The British government is “making it illegal to save our children,” the parent of a three-year-old epileptic boy said as…

The British government is “making it illegal to save our children,” the parent of a three-year-old epileptic boy said as the debate over the legalization of cannabis for medical purposes rages on.

Tommy McNally, whose son Mason suffers from epilepsy, told RT’s Going Underground program there is a “clear difference” between legalizing cannabis for recreational purposes and allowing those in need to access medicinal varieties.

“This is medical cannabis to save people’s lives, there is no argument against it,” McNally told GU’s deputy editor Sebastian Pacher. 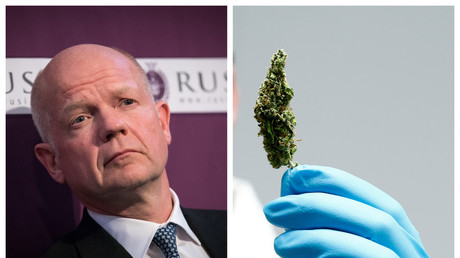 Describing how his son had to be put in a coma after his last seizure lasted three-hours and kept him from breathing for six, McNally said: “This government are making it illegal to save our children. What parent in the world would not want to cure their child with a natural drug?”

Cannabis is an illegal class B drug in the UK, with possession carrying an unlimited fine and up to five years in jail, while the sentencing for those that deal the drug can be reach up to 14 years.

“The government is making it illegal. I either get arrested for dealing with drugs or my son dies. The government cannot consciously put us into this position anymore.”

McNally’s comments come as a debate over the legalization of medical cannabis hit Parliament after 12-year-old epileptic boy Bill Cadwell had his supply of cannabis oil confiscated from the Home Office earlier this month.

Caldwell’s mother Charlotte said her son, who became the first person in the UK to be prescribed cannabis oil by a GP, relied on the substance for his chronic illness.

Non-profit organization Bud Buddies, which illegally produces medical cannabis for people across the UK, told Pacher he is providing an alternative to “fake and dangerous oils” that parents find online.

“We are very medical and scientific in what we do. Just because we are illegal, doesn’t mean we should be unethical about it,” Jeff Ditchfield, founder of Bud Buddies, said.

Despite the UK banning any use of the drug, the UN found the country is the largest producer of cannabis, 2.1 tonnes being exported by British companies in 2016 – roughly exporting 70 percent of the world’s total.

It was also recently revealed that GW Pharmaceuticals, which has a license to grow and export cannabis, has as one of its suppliers British Sugar, whose managing director is the husband of a Home Office minister responsible for drug policy, Victoria Akins. The minister has, since the news broke, “voluntarily recused herself from policy or decisions relating to cannabis,” the Home Office has said.

Connections to GW go right to Number 10 and UK PM Theresa May whose husband, Philip, works for Capital Group – the largest investor in GW Pharmaceuticals. On that matter, McNally said: “It’s such hypocrisy. It just kills me. They are allowing a pharmaceutical company to make £1.6 billion over 20 years to sell cannabis for profit and profit themselves and I can’t give my son cannabis to save his life.”

Baroness Walmsley, Vice chair on all-parliamentary group on drug policy reform, said: “It’s quite wrong that patients and parents of patients should be turned into criminals when all they are trying to do is do their best for their own health or their children’s health. This is wrong, it is very very out of date, decades out of date.”

She went on to say ministers have for the past nine months acted in “good faith”.

“But they have by advice by officials been very reluctant to do anything other than try and operate the system that is in place at the moment. But the problem is that the system […] at the moment is not fit for purpose.”

The recent high-profile cases of children needing medical cannabis prompted the government to announce a review of the drug’s scheduling. The Home Office secretary Sajid Javid said the position “we find ourselves in currently is not satisfactory”.